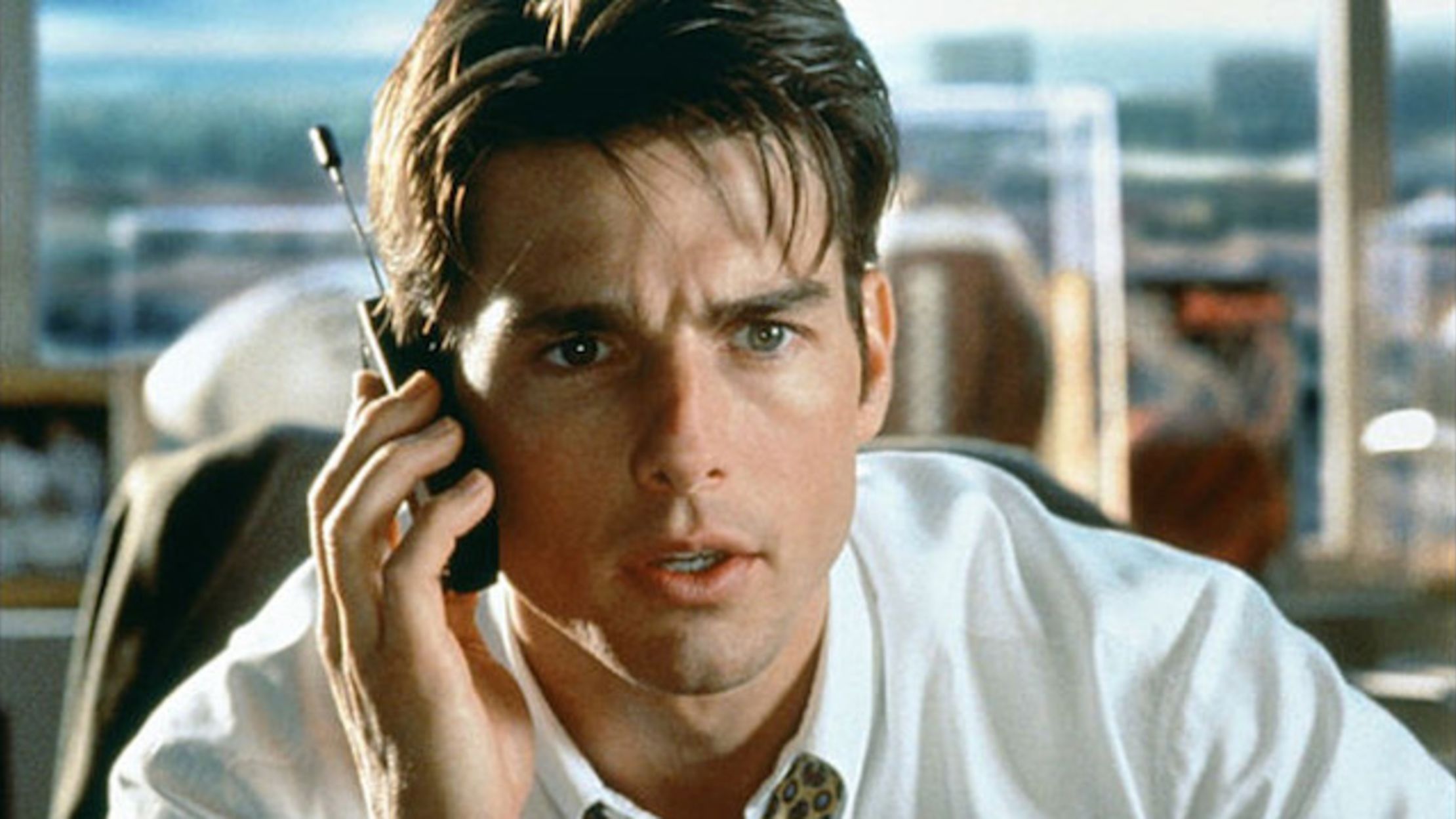 If Jerry Maguire were made in the present day, there’s a question that would undoubtedly be asked about it: Why is it about the agent and not the player?

The film, which landed in theaters 25 years ago this week in December of 1996, was one of the most popular and important romantic comedies of the 1990s, one which featured Tom Cruise at the height of his powers, an Oscar-winning turn from Cuba Gooding, Jr., and introduced Renee Zellweger to the world, at least to those who didn’t catch her name when they saw Dazed and Confused three years earlier.

Written and directed by Cameron Crowe, Jerry Maguire was based in part on the life of Leigh Steinberg, the super-agent who represented most of the top NFL quarterbacks in the 1980s and ’90s. The film was what used to be called a multi-quadrant hit, the kind of film that has football to draw the men in, and romance for the ladies. An even bigger challenge was finding a charismatic hero in the reputedly sleazy world of sports agencies.

Cruise, somehow only 34 at the time, played the titular character, a top sports agent, who at the movie’s beginning has a crisis of conscience that leads him to write a deeply honest manifesto about the trouble with their business. For this, he’s fired from his agency but goes on to launch a new one, with just one client (Gooding’s wide receiver Rod Tidwell), and one employee, single mother Dorothy (Zellwegger.)

Jerry, of course, soon begins dating Dorothy, whose young son Ray (Jonathan Lipnicki), was part of the 1990s trend of cute movie kids who spout endless catchphrases. The film’s romantic plot, meanwhile, would contribute a couple more catchphrases, like “you complete me” and “You had me at hello.”

Much of the thrust of the film has Jerry trying to get a contract for Rod, who’s looking for a multi-year deal for $10 million (multiple those numbers about tenfold if you want to know what top receivers are making these days in the NFL.) Also a standout is Regina King, as Tidwell’s wife Marcee.

Ultimately, things turn out very happy, both for Jerry and Dorothy, and Rod, who gets his contract and walks away from a scary injury unscathed. And Jerry, presumably, goes on to a long and successful agency career.

But yes, if a studio made Jerry Maguire today, it would almost certainly center the story on the black star athlete, rather than his white agent. In addition, a convincing sequel could be made about the subsequent life of Maguire’s inspiration, Leigh Steinberg, who has been through a lot of tribulations in the last couple of decades, including divorce, bankruptcy, and alcoholism, although in recent years he has re-emerged sober.

There have been a couple of other sports movies with agents as heroes. One, Steven Soderbergh’s High Flying Bird, was an outstanding examination of an agent (Andre Holland) and his attempts to finesse an NBA lockout. The other, Million Dollar Arm, was a highly unsuccessful knockoff of Jerry Maguire, featuring Jon Hamm as an agent trying to bring two Indian baseball players to America.

After 25 years, Jerry Maguire retains its feel-good sensibility after a quarter-century and probably gets re-watched more these days than any of its competitors for Best Picture, with the exception of Fargo.

Should you choose to rewatch, Jerry Maguire is currently available on Starz and its streaming channels.