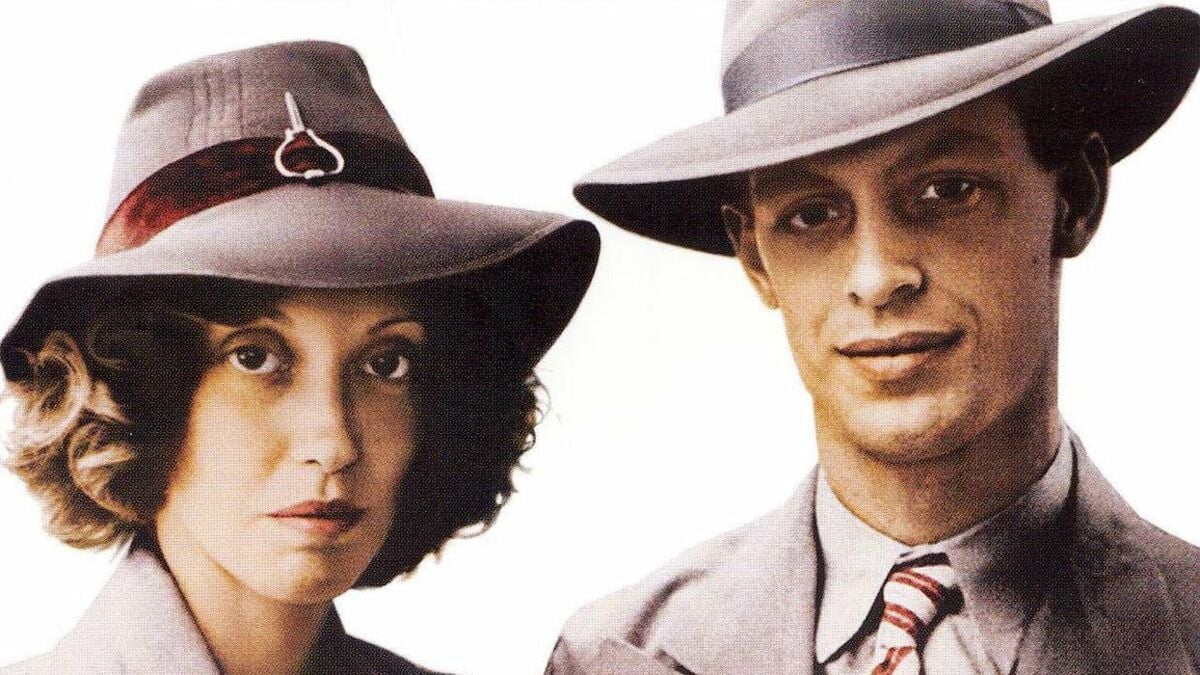 Robert Altman’s foray into film in the 70s left him with a body of work densely packed with revered quality, which enshrined him as one of the great American directors. M*A*S*H, Nashville, McCabe & Mrs. Miller, The Long Goodbye, and 3 Women would have been enough to designate him a worthy auteur, one who spoke a certain mystical anti-Hollywood language with beams of nostalgia resonating from current cinephiles who wonder, “How did they get away with that?”. It wasn’t by fitting in with contemporaries such as Scorsese and Hellman or emulating the previous nouvelle vague that made Altman a mainstay in cinematic history — much of that is due to his unabashed critique of genre understanding, his unique editing, and, perhaps unexpectedly, his understanding of his subjects in a matter rivaled only by the likes of Stanley Kubrick. One such example of these successes lies in a work that receives relatively diminished praise even from Altman’s most ardent followers: Thieves Like Us. It is the second adaptation of the novel of the same name by Edward Anderson — the first being Nicholas Ray’s They Live by Night — and yet the first to shoot its real subject, Depression-era Mississippi, on location. For full disclosure, I have lived in Mississippi my entire life and am intimately familiar with many of the locations visited and mentioned in Altman’s film, allowing me a (albeit rather weak) privileged lens on his use and message about his location, style, and, through the combination of the two, substance.

Bowie (Keith Carradine), Chickamaw (John Schuck), and T-Dub (Bert Remsen) are escaped convicts who choose to continue their flight by resuming their crime spree of bank heists and murder-if-need-be. Keechie (Shelley Duvall) is a romantic acquaintance-turned-caregiver-turned-lover after Bowie is injured in a car accident; being on the lam, he requires that personal assistance as an alternative to being left to die, rather than turning to a hospital. The gang plans one more heist in Yazoo City: T-Dub’s giddy face elicits a bright red hue as he squeals that it will be his 37th successful robbery, while Bowie fears for his new-found emotional safety net in Keechie. The heist is successful, yet the stakes rise even higher as an innocent banker’s life is taken — T-Dub is hunted and Chickamaw is arrested, only to have Bowie come to his rescue while posing as a sheriff. The tale ends in disaster for all, not quite with anti-heroes receiving their just desserts, but with detached roving bandits at mercy to a plagued moral cause-and-effect.

The very first shot of the film has a familiar type of Southern atmosphere for those who hold O Brother, Where Art Thou? to a sort of verisimilitude: a long shot shows the extended train tracks leading toward the horizon as prisoners push a cart at the bark of a guard. Altman’s passivity and keen attention on realist editing sensibilities extends this shot by turning the camera to include a small pond with men paddling along its surface, finally revealing a small road and our protagonists. One of the major differences between shooting a film in a crowded, popular city and somewhere like Mississippi is the notion of travel and population density: much of the South is portrayed in film through the railroad or dirt roads leading from one iota of civilization to the next. Even now, a trip to the nearest Wal-Mart from a rural Mississippi town may take half an hour — travel is important and the characters in this film are defined by how they do it.

Chickamaw hands a gun to T-Dub after they meet in a taxi, for the purpose of holding up the taxi driver and stealing his vehicle. The car is a necessity for their lifestyle, going from bank to bank under the nose of the police, gaining notoriety as they loot from one of the most impoverished states in a nation at its most impoverished. Information still travels much faster than them, most notably thanks to the ever-present radio broadcasts, predominately playing shows about famous bandits mirroring the romance of their lifestyle, but also declaring the bandits as a serious threat now wanted dead or alive. As the tension develops, the transmissions change from these radio plays to FDR’s New Deal speeches, Altman never failing to offer a political reading. While a summary of the narrative seems straightforward, Altman chooses to tell his story through his formal elements — the images of Southern roads and cities and the subtext of the radio characterize the rural criminals more than any dialogue or plot structure.

A deserted, dilapidated South shows the level of personal craftsmanship at work in the small town, but is promoted as imagery of a location of bankruptcy where bank robberies would be seen as adding insult to injury. Many parts of Mississippi still look like that — there’s a certain identity associated with it now as a representation not of poverty, but of a history of self-reliance serving as a kind of cultural antithesis of the FDR speeches still met with political hostility for a segment of the country left to rebuild and regain an identity after the American Civil War. Altman sees this in economic terms, a weakness or evidence of distance from his native Missouri, perhaps, but not entirely misguided. A better example comes from Keechie’s love of Coca-Cola — in one scene she even pays for another by recycling five old glass bottles she’s finished. If the characters don’t have sweet tea in mason jars on hand, Coca-Cola is present, chased later in the day with whiskey. The South’s local mega-business has dominated the language — a “Coke” in the South is a term for any soda from any company — and its omnipresence in Thieves Like Us serves as a visual reminder of the South’s local economy and how powerfully it directs its characters.

The effectiveness of showing a South without hostility or a wistful reverence is quite rare in cinema. Its position is usually seen as a battleground for political progressiveness in the areas that most reject it, bringing the callous effects of racism in its most vocal home (done quite poorly in Mississippi Burning, yet with purpose and insight in Nothing But a Man). Indeed, Thieves Like Us does not avoid the topic — a child in black-face is presented as a porter in T-Dub’s reenactment of a robbery without any wincing or complaint. The casual attitude towards the topic is mirrored in the boy’s family’s acceptance of T-Dub and the rest as murderers and thieves: an unordinary but well accepted part of life. Where there is a mystical pastoral quality to Altman’s Mississippi, he is actively aware of its intrinsic historical complexity, his camera at a distance yet always revealing what it wants to show.

My real connection to the film comes near the end as Bowie approaches the prison warden, asking for Chickamaw among the working prisoners. He presents himself as a sheriff of not just any familiar Mississippi name, but a sheriff of Smith county, a nearly deserted county which had a single general store for congregation, now closed. The other locations — Yazoo City, Pickens, Canton — have cinematic history elsewhere, but Smith county, the county of my father and his ancestors, gets perhaps its only name-check here. Growing up in a small town in Mississippi leaves me without a local cultural heritage: I inherent only what filmmakers in studios in Los Angeles decide what Mississippi should look like, unlike places such as New York City, full of cinematic love letters from its natives. Keith Carradine casually and quickly speaking (lying, really) of Smith county is perhaps the closest I will get to environmentally identifying with a well-known film, but its implication of Altman’s unique understanding of the South and its cultures cements him as a director who understands the importance of his environment. Here’s a man who knows what he’s doing.