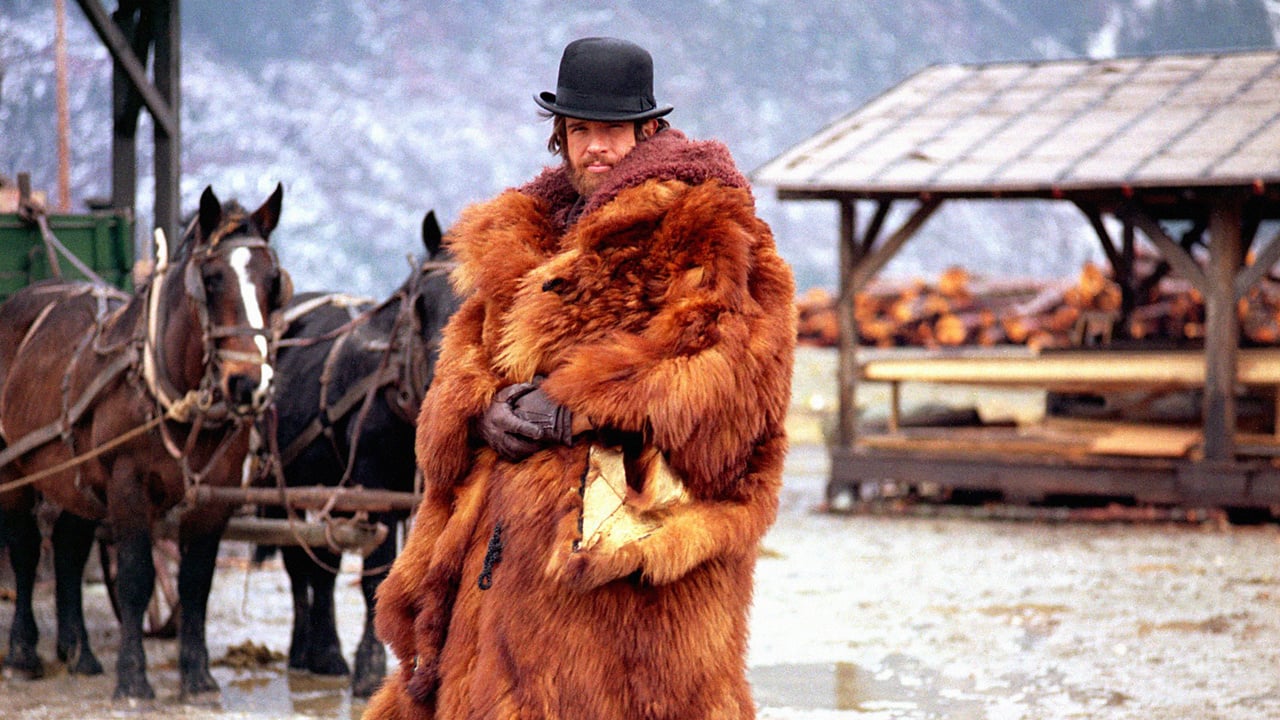 Coming a year on the heels of MASH, one of his best-known films, Robert Altman’s Western McCabe & Mrs. Miller certified the director as a genre revisionist. The opening strains of Leonard Cohen’s “The Stranger Song” lilt underneath a panning wide shot showing McCabe (Warren Beatty in his finest role), unrecognizable beneath bundled furs and astride a donkey, approaching a modest camp.  The slow, lyrical pacing is akin to neither the golden-era Hollywood Westerns of John Ford or Howard Hawks nor the ‘60s explosion of Spaghetti Westerns, emblemized by Sergio Leone and Clint Eastwood. Cohen’s style is effortlessly poetic and in opposition to the bravado of Dimitri Tiomkin and the percussive bombast of Ennio Morricone; the protagonist’s introduction is without the fanfare of a John Wayne saunter or a Charles Bronson cold stare. Vilmos Zsigmond’s cinematography is of murky earth tones, dull snow, and Altman’s trademark slow zooms, rather than the classic coverage of 1940s Hollywood or the snap zooms, boiling buildups, and quick cuts of the Spaghettis.

Though McCabe & Mrs. Miller certainly contains many of the same genre trademarks – horses, cowboy hats, quick draw artists, brothels, card games, and the impending railroad – it turns a different eye to the anti-hero popularized in Spaghetti Westerns, themselves revisionist Westerns of a different order, and casts a mood entirely more despondent than anything of the same genre preceding it.

Beatty’s McCabe is a bit of a bumbler, the type of character who would normally play second fiddle and comic relief to the hero, yet he charmingly controls the narrative, the actor’s winning smile shining beneath the dirt and grime of the mining town he and business partner Mrs. Miller (Julie Christie) seek to turn into a thriving industry. It’s not only that McCabe has the snaky delivery of a charlatan, but also that he’s a coward whose inability to cope with big-world commerce leads to a harrowing, ignominious conclusion more appropriate for an existential crime thriller than the typical ‘good guys vs. bad guys’ Western genre; one can imagine Alain Delon finding the same fate in Melville’s Le Samouraï.

Altman’s penchant for the zoom lens might seem to make him the perfect candidate to pick up the Sergio Leone mantle, but the two directors approach the technique in starkly different ways.  While Leone and his Italian peers’ zooms crash forward to gritty close-ups, Altman’s search of vast landscapes, seemingly lost at first, only to eventually find their mark as a speck amidst the vista; where Leone’s signal imminent confrontation and a likelihood of increasing rapidity of edits, Altman’s intimate anything but.

To revise a genre is to, perhaps, take its overarching principles and slightly adjust them so that the outcome lends a difference in atmosphere, character, or plot. Were one to take Altman’s and novelist Edward Naughton’s introductory ten minutes of McCabe & Mrs. Miller and put them in the hands of any of the aforementioned directors, the purported conclusion would be entirely different Hero worship, anti-hero worship, and/or the guaranteed safety of whatever town or community would be what is at stake; Altman’s film promises none of these in its final, tense minutes.

Sergio Corbucci’s The Great Silence from 1968 might be a vague antecedent of McCabe & Mrs. Miller, but even that film celebrates the death of one of its two main stars at the end, showing the victor riding away ceremoniously in a hagiographic wide-shot. Altman would take on another genre and famous source material in 1973 with an adaptation of Raymond Chandler’s The Long Goodbye, where Elliot Gould’s Philip Marlowe would be a far cry from the tough-guy antics of previous Marlowes Dick Powell and Humphrey Bogart (with Robert Mitchum to follow in a 1975 film).  That film, like McCabe & Mrs. Miller, twists another classically American genre, replacing tropes and putting a softly dystopic spin on well-tread narratives.