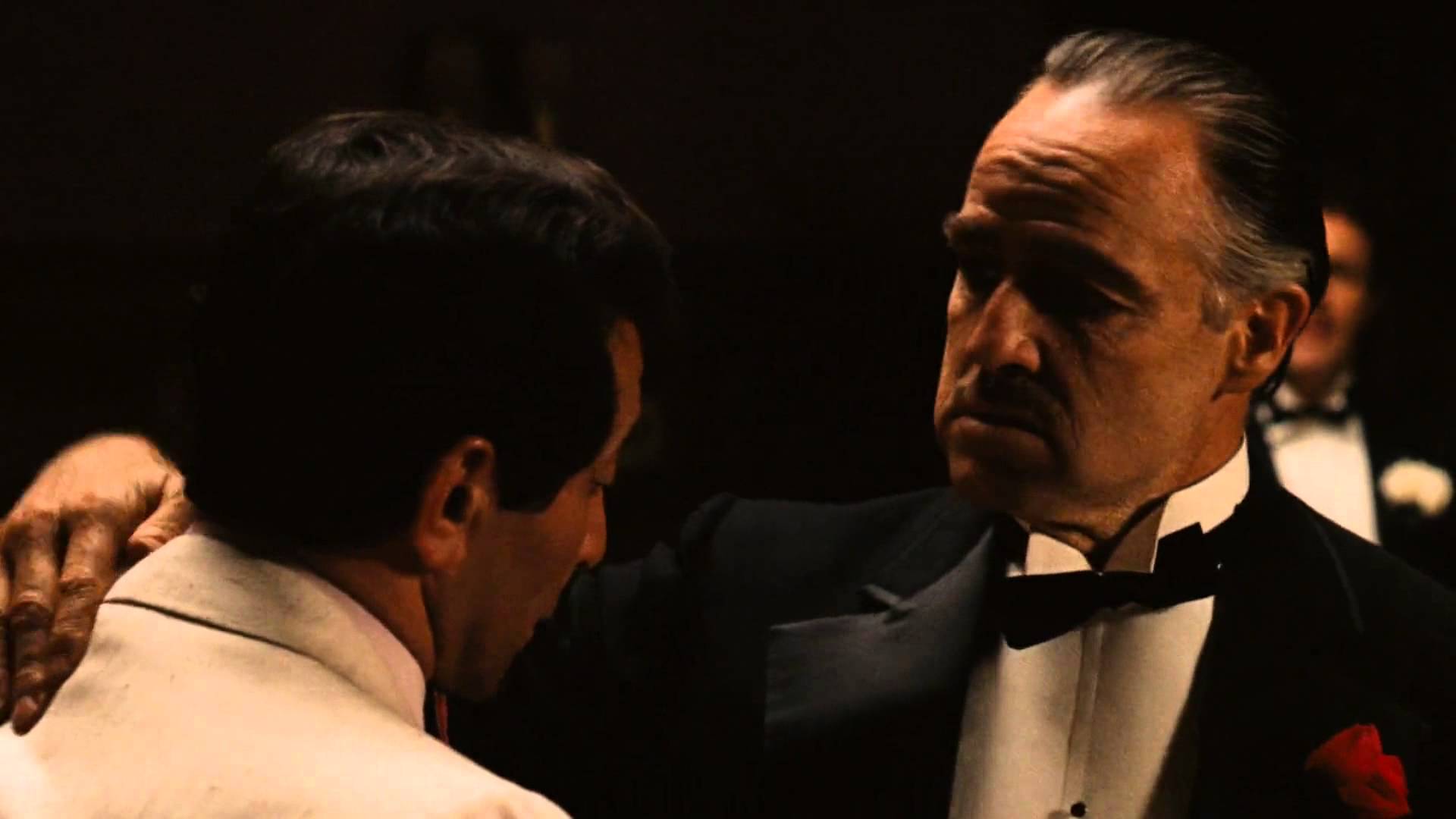 Are these the most memorable movie catchphrases?

The obligatory movie catchphrase…memorable golden dialogue for the cinematic soul. What film fan does not enjoy reciting and repeating their favorite movie quotes? After all, there are countless catchphrases in films–some are famous, some are familiar, some are obscure. Still, paraphrasing movie quips has become an art in itself?

So what are your all-time movie catchphrases? Perhaps it is Jimmy Cagney’s “You dirt rat…you killed my brother?”. Maybe it is Cary Grant’s “Judy, Judy, Judy”? Or how about Lauren Bacall’s “You know how to whistle, don’t you? Just blow…” Whatever movie catchphrases catch your fancy is fine so long as it brings up memories of the film or film characters that have made a big impression on your cinema experiences.

Writer-director Joseph L. Mankiewicz’s backstage drama All About Eve captures Bette Davis at her feisty best as the aging Broadway star Margo Channing whose skepticism of opportunistic upstart young starlet-wannabe Eve Harrington (Anne Baxter) is sniffed out a mile away. The question remains: can the ambitious Eve win over the key individuals that can give momentum to her stage career? Better yet, can Margo prevent the aspiring actress from stealing her thunder and ultimately derailing her career on the stage?

With Davis’s legendary line “Fasten your seat belts, it is going to be a bumpy ride” one can almost see the defensiveness and defiance that Margo has in store for the Baxter’s scheming climb to the top at the veteran performer’s expense. Another glorious reason not to mess around with Ms Davis…on the big screen or off!

Now who was not uttering the iconic movie quote “Houston, we have a problem” in the mid-90s from director Ron Howard’s ambitious space drama Apollo 13? Of course Jim Lovell’s calming but concerning statement from the stars above expressed the realistic tension of a routine flight mission to the moon gone awry.

Lovell (Hanks), Fred Haise (Bill Paxton) and Jack Swigert (Kevin Bacon) were the three astronauts in danger of perishing in space and not seeing the Earth again if they could not resolve the spacecraft deficiencies affecting their exploration above. How fittingly that the “Houston, we have a problem” quip has been introduced into the American lexicon for an “oh no…we’re in deep trouble” sentiment.

3.) “What we have here is a failure to communicate”
from Cool Hand Luke (1967)
As quoted by: the Captain (Strother Martin)

Poor Lucas “Luke” Jackson (Paul Newman). Some might label him a hothead. Others might view him as an anti-establishment rebel. But the Captain (Strother Martin) does not care what anybody thinks of the obstinate and rebellious Luke so long as he abides by his rules as the sadistic prison guard in Florida’s rural penal system. The Captain’s insensitivity and cruel intentions is what drives the tension-filled prison drama Cool Hand Luke.

Korean War vet Luke Jackson was sent to the slammer for two years based on his drunken escapades in ruining city property. Luke is tested from the get go as he is pitted against the bulky and intimidating Dragline (Oscar winner George Kennedy), leader of the prisoners. Eventually Luke earns the respect of Dragline and the men but his refusal to adhere to prison protocol is a source of frustration and orchestrated mayhem for the Captain to administer on the reluctant rogue.

In one of many brutal beatings that the Captain has ordered on Luke his twisted philosophy of the now infamous tagline “what we have here is a failure to communicate” signifies the possible abuse of authority towards an exposed individual fighting the conformity of a broken and distrustful Big Brother-esque brass.

4.) “Life is like a box of chocolates…you never know what you are gonna get”
from Forrest Gump (1994)
As quoted by Forrest Gump (Tom Hanks)

Perhaps no film in the last twenty years has been responsible for a slew of memorable catchphrases as Robert Zemeckis’s whimsical and adventurous epic Forrest Gump. One of cinema’s sweetest and well-meaning simpletons in Forrest Gump (Oscar winner Tom Hanks) definitely solidified the movie’s essential catchphrases or sentiments as in “Gump Happens”.

True, the number one utterance out of Forrest’s lips is the favorite “life is like a box of chocolates…you never know what you are gonna get” which is strangely poetic and profound. However, one would be remiss if they did not take into consideration some of the other “Gumpisms” that captured the imagination of movie-quoting sycophants. Hey, take your pick: “Run, Jenny, run”, “Stupid is as stupid does”, “Are you stupid or something?” and the list goes on.

One can watch Forrest Gump until the cows come home and never tire of Forrest, Jenny, Lt. Dan, Bubba or Mrs. Gump and not feel deprived in the least.

5.) “I’ll make him an offer he can’t refuse”
from The Godfather (1972)
As quoted by Don Vito Corleone (Marlon Brando)

One must pity the individual courageous enough to say no to crime kingpin and top-notch gangster Don Vito Corleone (Marlon Brando) in Francis Ford Coppola’s crime epic The Godfather. The surreal violence, familial celebrations and traditions, the inner workings of mob-related activities, contracted hits–all are colorfully intriguing within Mario Puzo’s literary landscape of mafia mayhem and Coppola’s perverse presentation of the shady underworld.

The catchphrases in The Godfather– and they are plentiful indeed– and not as ominous yet disturbingly witty than Don Vito’s verbal delivery to associate Jonny Fontaine when he promises that “I’ll make him an offer he can’t refuse.” Somehow the movie audiences believed that when The Godfather made such an assertion there was no ifs, ands or buts to be discussed. After all, there is no gray area when it concerns the corrosive Corleone clan.

Ah, those crazy lovebirds in Rhett Butler and Scarlett O’Hara (Clark Gable and Vivian Leigh). The kissing and clashing couple behind the David O. Selznick-produced and Margaret Mitchell’s Pulitzer Prize-winning 1936 novel Gone with the Wind was a handful to endure set against the backdrop of restlessness and ruination during the Civil War.

Rhett Butler was regal, crafty, arrogant and dashing. Scarlett O’Hara was spoiled, feisty, self-absorbed and privileged. Together, Rhett and Scarlett made for an odd couple indeed but in a peculiar way these two roguish souls were two peas in a pod. They experienced romance, marriage and even had a little daughter in Bonnie Blue Butler (Cammie King). A freakish pony-riding accident would claim the life of Rhett’s cherished little girl Bonnie Blue. The bickering pair never rebounded after such a loss. Fed up and disillusioned with Scarlett, the ravaged Tara plantation and his deepened sadness by his little girl’s passing Rhett gave his verbal version of the “middle finger” to the whiny Scarlett upon her wondering what to do next with her wayward life. You’re on Rhett…”frankly my dear, I don’t give a damn!” Is that self-explanatory enough, Scarlett?

7.) “I coulda been a contender”
from On the Waterfront (1954)
As quoted by Terry Malloy (Marlon Brando)

Nothing gets so deep as a brotherly conversation in the backseat of a car when ex-prizefight-turned-longshoreman Terry Malloy (Marlon Brando) tells older brother Charley (Rod Steiger) how he should have looked out for him and had his back. After all, chimes Terry, his belief is that “I coulda been a contender”.

In Elia Kazan’s moody crime drama On the Waterfront about shady-minded union bosses and one man’s stance to stand up to them and their illegal practices, Brando gives a poignant, puppy dog-like conviction in his personal and professional struggles both past and present. Clearly, Terry has been let down by individuals that should have been their for support and strength. Charley’s letdown hurts Terry because they are bounded by blood as brothers and the now quotable “I coulda been a contender” catchphrase embodies the disappointment and potential that Brando’s Terry Malloy squandered at the hands of misdirection and mistrust.

San Francisco cop Harry Callahan a.k.a. “Dirty Harry (Clint Eastwood) gets the job done in how he tames the riff raff in the mean streets. The trouble is that the quick trigger-pulling bad boy with a badge is a moving violation menace when conducting police business. So once again Callahan is on notice for his reckless behavior and questionable conduct when confronting the baddies with his famed firearm.

When a perp gets on Dirty Harry’s nerves one will certainly know about it. In Sudden Impact, this is the fourth outing with Eastwood as the cranky, squinty-eyed Harry Callahan looking to administer some street justice in the best effective way he knows how. And when Dirty Harry talks the baddies listen attentively.

Naturally, Dirty Harry made for some raucous, law-enforcing fun. Part of Eastwood’s appeal was his knack for catchy dialogue that captured the essence of Dirty Harry’s perturbed personality towards the law-breaking lost causes he is asked to arrest. In this case, Dirty Harry’s plea for one punk to reach for his gun and attempt some ill-advised thoughts now was the excuse for Callahan to sternly warn “go ahead…make my day!” And believe that if this foolish felon was indeed foolish enough to test Callahan’s patience then certainly this avenging cop’s day would have been made most pleasingly.

One-time silent screen star Norma Desmond (Gloria Swanson) is a legend in her own mind. Actually, to be fair she was indeed an enormous entity in her heyday when silent films were the cornerstone of mainstream Hollywood entertainment. They did not come any larger in life than the decorated Norma Desmond who realizes her star power of yesteryear. However, Norma refuses to admit that the golden age of Hollywood has passed her by or stepped over her for that matter. After all, the film industry chose to make a vital mistake in not keeping an impactful star such as Norma Desmond relevant. Remember, it was the movie industry and all its radical changes and transitioning that dropped the ball and excluded a major talent such as the elegant aging ingénue.

Just witness this exchange if you will and decide whether or not Norma Desmond continues to buy into her self-inflicted hype and movie star radiance:

NORMA DESMOND: “I AM big. It’s the pictures that got small.”

What do you know…an over-the-top, self-confident grand has-been diva after our very own hearts!

The “I’ll be back” catchphrase was not just associated with Arnold Schwartzenegger’s futuristic wrecking machine in James Cameron’s mid-80s sci-fi action thriller The Terminator. In fact, Schwartzenegger was crafty enough to incorporate this impish saying into the majority of his action-packed flicks which added a playful continuity of the cartoonish violence and cheeky destructive charm that resonated so well in his high-voltage vehicles.

In The Terminator Arnold uses his signature line “I’ll be back” just before driving his vehicle through the police station in order to complete his mission of gunning down the moving target Sara Connor (Linda Hamilton) for which he is programmed to destroy on the spot. Whether as a killer cyborg, determined cop, secret agent, protective father, or mystical muscled warrior from ancient times one thing is certain in the excitable cinematic world of action-packed icon Arnold Schwartzenegger…he’ll be back! And yes…that is indeed a promise!

Why is True Crime Having a Moment?