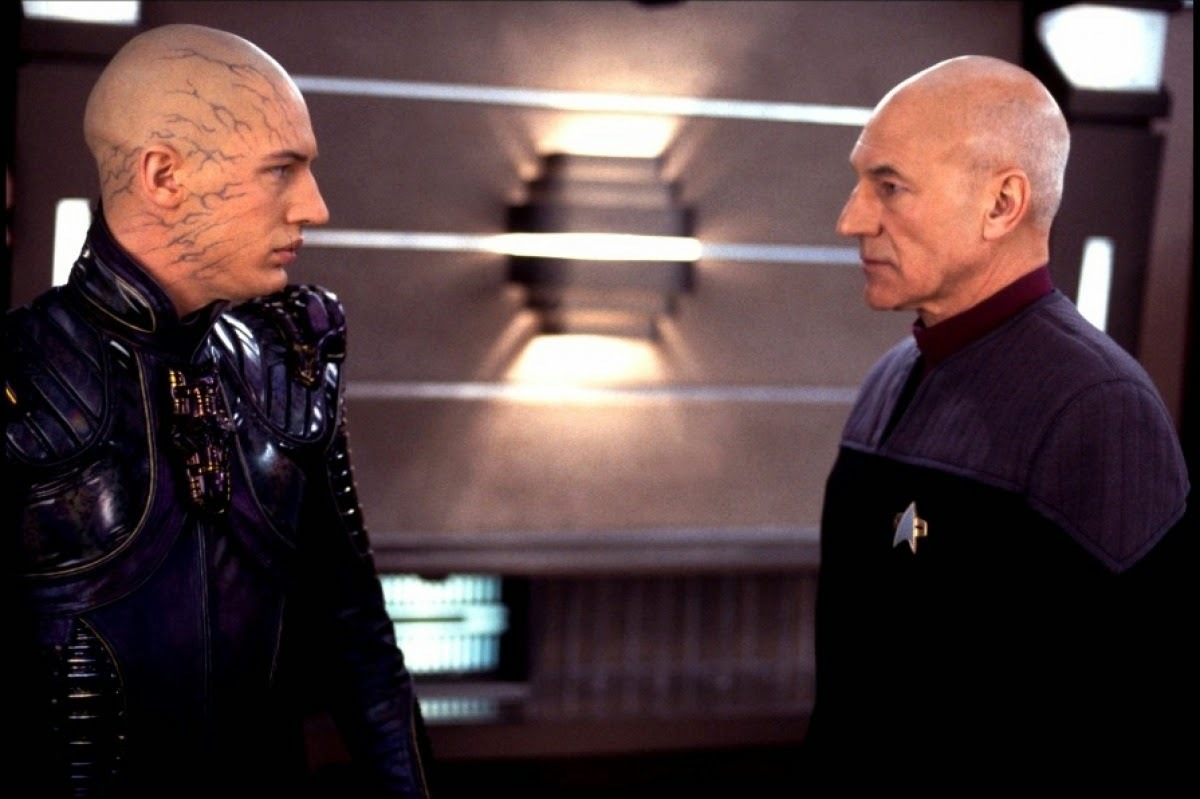 Twenty years ago, Paramount lacked a coherent vision for its next Star Trek movie but cranked one out anyway. Star Trek: Nemesis hit theaters with a thud on Dec. 13, 2002, putting the property into a dormant phase for nearly a decade. It would be even longer for Trek not tied to the Chris Pine-led reboot to resurface.

It bears the second-lowest Rotten Tomatoes rating in the series, trailing only the disastrous Star Trek V: The Final Frontier. Also, the Trek show on the air at the time was Enterprise, which was a prequel, offering no real cross-promotional opportunity. The previous flick featuring the Star Trek: Next Generation cast, Insurrection, was profitable but not great. It was a time of decline for the franchise, and a series of bad decisions by Paramount would ensure this voyage was troubled.

The Christmas season of 2002 was filled with blockbusters in popular series. Harry Potter and the Chamber of Secrets had released Nov. 15, the latest James Bond adventure, Die Another Day, dropped on Nov. 22, and The Lord of the Rings: The Two Towers was coming just days later. Those were always going to be big hits, but Disney’s The Santa Clause and the Jennifer Lopez rom-com Maid in Manhattan were surprise moneymakers that year. Paramount decided it could battle The Two Towers by offering more showings. To accomplish this, it cut large swaths of footage from Nemesis. A much-discussed cameo from Wil Wheaton’s Wesley Crusher got reduced to a non-speaking role, while a large amount of backstory for Tom Hardy’s villain, Shinzon, and character scenes for the veteran TNG crew all joined Wheaton’s lines on the cutting room floor. This left mostly action scenes, yielding the common complaint among fans that Nemesis was more a typical action movie than a Star Trek offering. There’s even a car chase in it!

Director Stuart Baird, best known at the time for U.S. Marshals, was also responsible for that action flick feel. By his own admission, he had never watched the show and wasn’t about to start before directing this one. Baird was unclear on basic facts about the characters, mistakenly believing LeVar Burton’s Geordi La Forge to be an alien instead of a human.

“It’s incredibly important to them (fans), so some of them would think directing this one, you surely should know it all,” Baird told the BBC in an interview. “But God Almighty, I wasn’t going to look at 178 episodes. Ultimately, it wasn’t a problem.”

Indifference to backstory wasn’t isolated to the director’s chair. Star Trek: Voyager ended in 2001, its success owing quite a bit to Jeri Ryan’s sultry Seven of Nine. Paramount wanted her in this adventure, even though she had never interacted with any member of the Next Generation crew before. Marina Sirtis confirmed that execs threatened her with being replaced by Ryan if she didn’t agree to their salary demands. Ryan had landed a gig on Fox drama Boston Public and wanted to branch out with roles not involving spandex catsuits so tight they restricted her breathing. This was for the best, as one of Nemesis’ few redeeming qualities is the long-awaited marriage between Deanna Troi and William Riker.

A then-unknown Tom Hardy portrayed Shinzon, an imperfect clone of Capt. Jean Luc Picard. He and Patrick Stewart did nothing to earn blame for the project’s eventual failure. The revelation that as much as 50 minutes of unused footage, some of which fleshes out Shinzon’s origin, didn’t make the final cut makes a lot of sense in retrospect.

Of the many unfortunate story choices in Nemesis, none has aged worse than Shinzon’s psychic attack on Troi. He uses his viceroy’s telepathic powers to target Troi’s mind in a not subtle allegory for a sexual assault. Picard denies her request for time to heal and later orders her to reestablish the psychic link so they can find Shinzon. The script tries to give Troi some agency near the end as she delivers a “Remember me!” taunt after finding the villain. But the whole unfortunate plotline damages every character it touches, making a victim of Troi, delivering a Picard without his trademark compassion, and transforming Shinzon into a mustache-twirling caricature. Clone stories in sci-fi hold a mirror up to the hero who has been cloned. What if Picard had grown up as a Romulan slave instead of in a French vineyard? It’s believable he could lead a slave rebellion. Understandably, he’d overthrow the Romulan government. But asking viewers to buy that any being created from Picard’s DNA would become a mind rapist proved too much of a stretch.

Beloved android Data “dies” in this sequel, sacrificing himself to save his friends and completing his journey to truly understanding humanity. But writers hedged their bets with this decision. The crew finds “B4,” another android designed by Data’s creator. The script establishes that his neural pathways aren’t as complex, but B4’s very existence is an obvious loophole. Data was always TNG’s answer to Spock, and this moment is his “Genesis Planet.” As with his predecessor, any writer bold enough to kill off Data would do so over Paramount’s dead body. It would take two decades of TV dormancy for this sacrifice to stick.

One final indignation would seal Nemesis’ fate. The script leaked online, with trailers confirming it didn’t look much like TNG at all. The project had the worst opening in the series’ history, finishing second to Maid in Manhattan. The far superior Two Towers released and had a predictable effect on Nemesis’ box office. It fell a staggering 76 percent en route to dropping completely out of the top ten a week later. The cast that made Star Trek a juggernaut again would have to wait until Picard to get fitting closure for their journey.

Being John Malkovich and Genius Levels of Storytelling