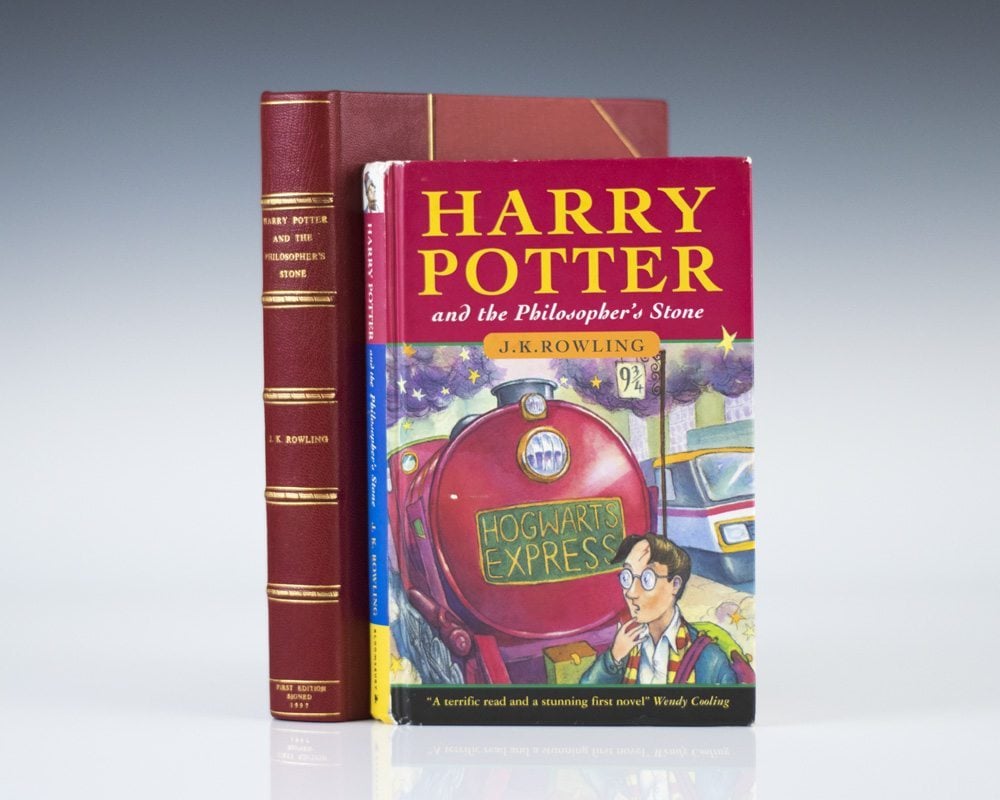 How much are rare Harry Potter books worth?

It’s time to look through your book collection because your Harry Potter books may be worth a fortune.

A U.K.-based auctioneering house has begun selling first-edition Harry Potter books and the price tags range in the tens of thousands with some of the novels being auctioned for as high as CA$100,000.

If you don’t believe us, just ask Charlotte Rumsey, who recently sold her forgotten hardcover edition of Harry Potter and The Philosopher’s Stone for $84,500.

According to the press release, the book was discovered by Rumsey after helping her mother clean her home during the COVID-19 lockdown.

“Things like this don’t happen to normal families like us. Our friends are delighted for us,” Rumsey said in the release.

According to Rumsey, the book was destined to be sold at a swap meet— package inside a box filled with other junk she thought would sell for less than a dollar.

“I’d been helping mum have a clear out during lockdown as she’s downsizing. We’d put lots of things aside for a car boot sale in Blackpool including the Harry Potter book which we’d had since 1999. A friend of the family gave it to us for me and my brothers to read as they thought we might enjoy it,” she explained.

Luckily for her, she stumbled upon an episode of Antiques Roadshow on TV, where someone discovered they’d been holding onto rare Harry Potter books worth $22,000. That’s when Rumsey realized her mother had an extremely rare print in her possession.

The book is among only 500 hardback copies published by Bloomsbury in 1997, before JK Rowling’s series of magic and wizardry became a world-wide phenomenon spawning six more novels, a series of Hollywood blockbuster, theme park attractions, a Broadway show, and so much more.

“Of the 500 copies printed, 300 went to schools and libraries — so this is a good example of one of the scarcer 200 that went to shops,” Spencer explained.

According to AbeBooks, there’s an easy way to determine if your Harry Potter books were one of the first printed back in 1997.

The line of numbers represents the printing edition and can be found on the copyright page of the book.

According to Jim Spencer (a rare books expert at Hansons Auctioneers in Staffordshire, England), books from the first print run can also be distinguished by the two typos: the word “philosopher” is misspelled on the back cover, while the phrase “1 wand” is repeated in an equipment list on page 53. Additionally, on the copyright page, Rowling is identified as “Joanne,” rather than the initials “J.K.”

China Overtook the United States as the World’s Largest Box Office Market, for the First Time in 2020

The Most Downloaded Apps of 2020: There’s a new king in town!