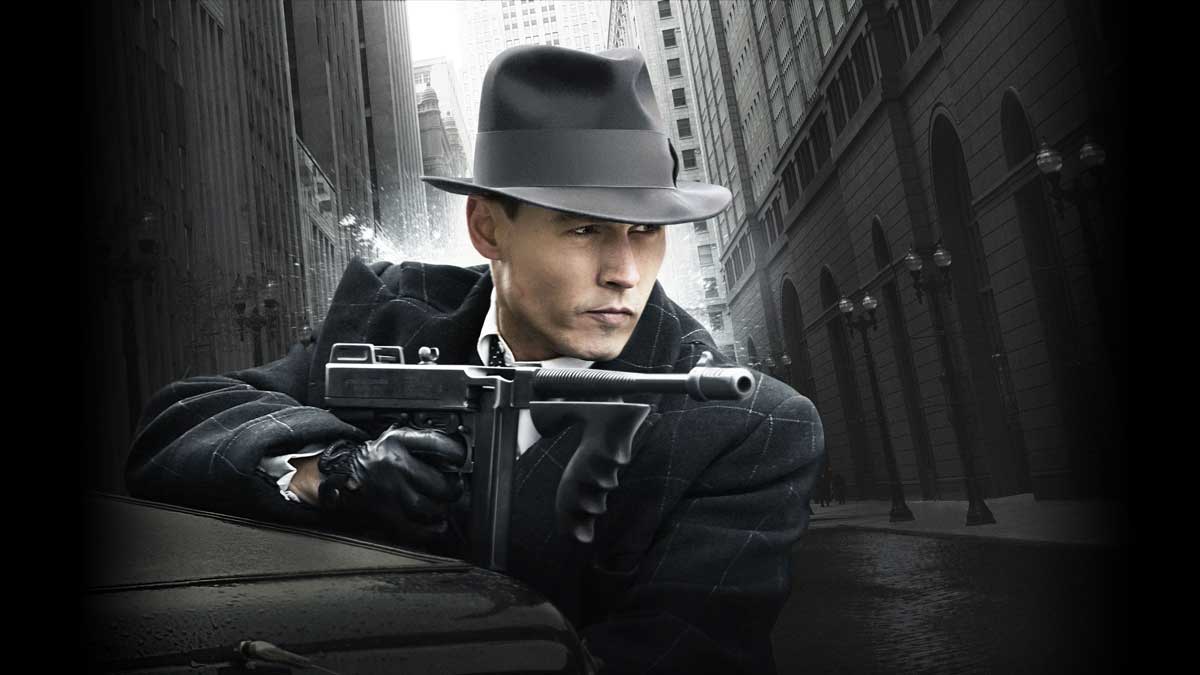 Michael Mann (Heat, Collateral) brings his usual directorial flair to the well-worn story of John Dillinger and his dogged pursuers – but not much else. Shot in bracing digital with a weight and sense of gravity desperately missing from similar genre efforts as of late, Public Enemies nevertheless winds up feeling less than the sum of its not-inconsiderable parts.

Among them: the versatile Johnny Depp as Dillinger, here presented mostly in the waning weeks of his criminal empire, and a refreshingly unaffected Christian Bale as Melvin Purvis, the FBI agent assigned to neutralize him. We follow Dillinger from an initial escape all the way through to his famed demise outside of a movie theater, with various misadventures in between, lending the film an odd sense of pacing and a rambling quality that should be familiar to Heat fans.

The problems start early. The film’s entire first hour is a slog, bogged down with stock macho banter courtesy of Depp’s surprisingly uncharismatic (as a creative choice, not as a flaw per se) Dillinger, who mostly comes across as a sociopath capable of grand manipulation, particularly towards women. Bale doesn’t get much to do either, with Purvis portrayed as a quiet, buttoned-up social defender of little inner conflict, at least none that finds itself with obvious representations. (The real Purvis committed suicide some years after the events portrayed in this film.) With Depp playing somewhat against his strengths, and Bale playing it reserved, Marion Cotillard gets to steal a few scenes with panache as Billie Frechette, Dillinger’s main squeeze, who finds herself as a focal point in the FBI’s investigation in the final reels.

The action picks up a bit following Dillinger’s second jailbreak, as Mann toys with ideas of Dillinger’s obsolescence (an old criminal acquaintance brags to Dillinger of his new enterprise ripping off people over the phone) and of the Great Depression that gave rise to Dillinger’s fame, but neither gets to rise to prominent placement nearly enough. Mann’s use of digital video is a surprising one, given the period setting; this is not the way we’re used to seeing the 1930s. It’s not precisely a flaw – it lends spontaneity and weight to the film’s many scenes of dueling automatic weaponry – but it is a surprisingly distancing device, constantly reminding us that we are watching a New School Action Film. That distance, combined with Depp and Bale’s deliberately uncharismatic onscreen personas, all make for an expertly made, but ultimately inconsequential rendering of an all-too-familiar tale of cops and robbers.

Michael Mann’s Blackhat is a Baffling, Disappointing, and Dull Cyber-Thriller