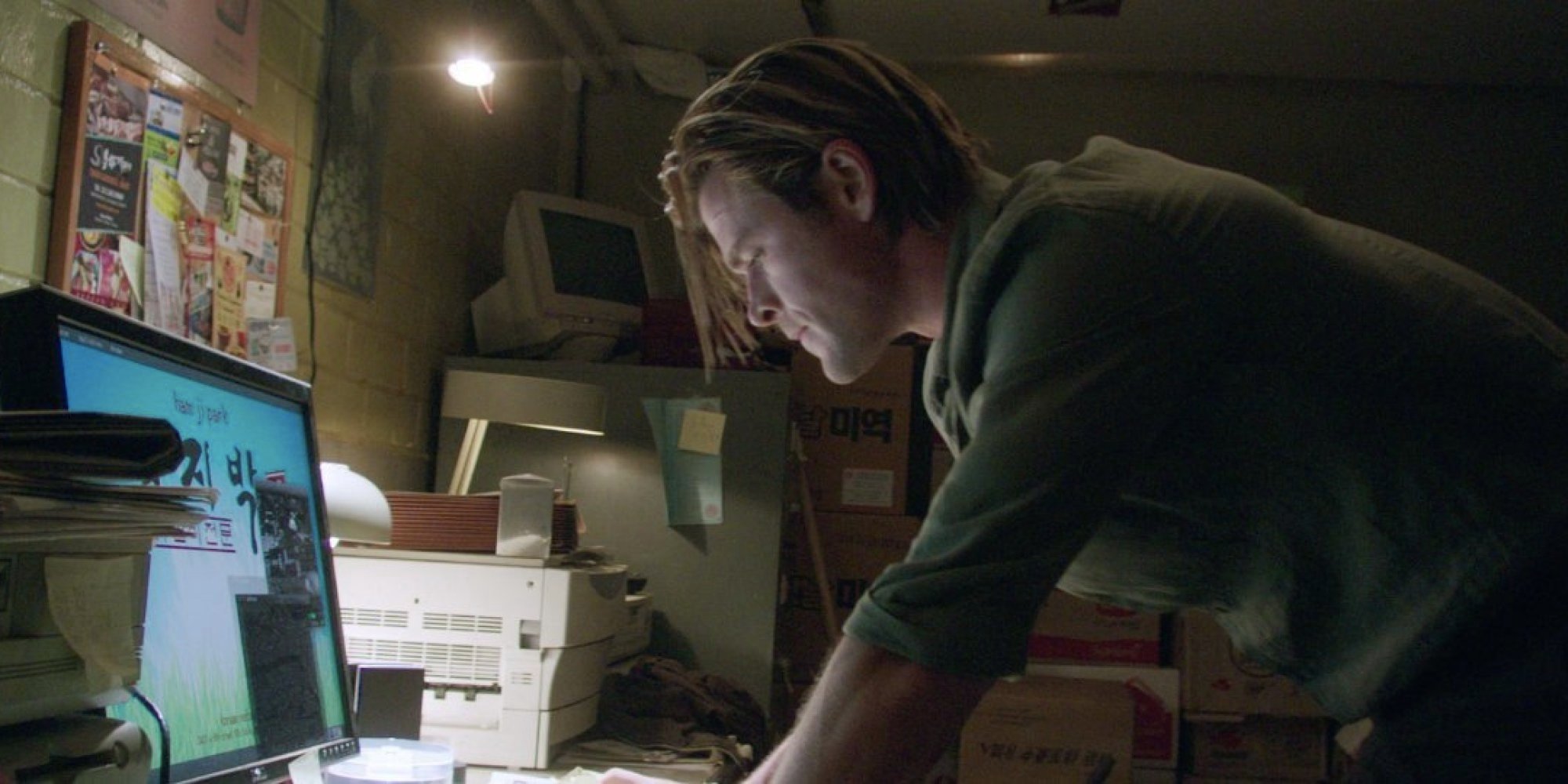 We are no longer in control

Blackhat is a cyber-thriller that starts out boring and ends dumb.  It’s almost unimaginable that a gifted director like Michael Mann, responsible for, arguably, the best crime-thriller of the last 40 years in Heat, could helm a film so utterly bereft of tension or drama.  Not even his signature hyper-stylized aesthetic can disguise what a lackluster film this is.  From the unimaginative script to the indifferent editing, Blackhat needs a complete overhaul to escape the basement of Mann’s distinguished filmography.

Watching people play on the computer is like being the designated driver at a bachelor party.   That this genre peaked with WarGames over 40 years ago is a clear indication that cyber-thrillers are anything but thrilling.  Mann uses every trick in the book to make the Internet wankery interesting—including a rollercoaster ride inside the circuitry itself—but he can’t escape the inevitable keystroke fatigue.

From the very beginning, Blackhat makes it clear that it has nothing new to offer.  Recycled from countless other movies, the plot churns along with the monotonous cadence of a metronome.  After computer glitches cause a nuclear meltdown in China and a crash of the international tin market (yes, tin is a big deal in this movie), the FBI turns to the one man who can decipher the code and bring the cyber-terrorist to justice.  Predictably, the man they need, Hathaway (Chris Hemsworth), happens to be serving time for an epic hack that landed him on their shit-list.  Luckily for Hathaway, his old college buddy and hacking compatriot, Agent Chen (Leehom Wang), is heading the case.  Chen also brings along his lovely sister, Lien (Wei Tang), to do something important on the computer and serve as Hathaway’s love interest.  Together, they must navigate the rough Interwebs of China and Malaysia to apprehend a criminal so menacing, so diabolical, that we aren’t allowed to learn his identity for nearly two hours.

What distinguishes the action and characters in Blackhat from Mann’s other films (even misfires like Public Enemies) is how mind-numbingly stupid everything is.  In films like The Insider, it was thrilling just to listen to intelligent people discussing their craft.  You felt like a fly on the wall as heavy-hitters debated the ethics and economics of what to show the American public.  Blackhat, and screenwriter Morgan Davis Foehl, never bother to peek behind the curtain.  In a movie that requires multiple countries and intelligence agencies to liaise, a brief exchange between Agent Barrett (Viola Davis) and her disapproving superior represents the sum total of political wrangling.  Everything else is conveyed in short, declarative sentences or the furtive gazes of people who are trying hard to have deep thoughts.

Hathaway, for instance, is the leading authority on computer hacking and yet he seems challenged by problems that a first-year Academy grunt could decipher on his lunch break.  Finally, when all the computer mumbo-jumbo is finished, Hathaway gets to kick ass like an action star, even though the only evidence we’ve seen of his physical prowess is one push-up in his jail cell.  And let’s not even discuss the generic villain, whose master plan reads like something that is cut from the rough draft of a Bond script.  Coming from Mann, who normally fusses over every detail in his movies, this type of lazy storytelling is especially jarring.

Blackhat could be forgiven for its narrative laziness if it functioned better as a thriller.  Sadly, it fails miserably on that note.  Since none of the characters are given the luxury of emotional depth, we simply don’t care about what’s happening.  The action set pieces are bland and uninspiring as if the filmmakers were trying to defuse the tension before it could start building.  Before Hathaway and his team enter a nuclear reactor, for instance, they are given a lengthy list of possible things that could kill them.  It’s a setting where literally anything can happen, and yet… nothing.  There is no urgency.  There are no twists or turns.  There is only a methodical march to the inevitable.  And when we do finally get a (completely predictable) twist, the story unravels into a hilarious mess that leaves you wondering if Mann was trying to make a parody of thrillers instead of playing it straight.

Of course, with Michael Mann at the helm, Blackhat looks gorgeous, with its neon skylines and rich visual textures.  There is something missing this time around, however.  Mann has always been a director who labored over his close-ups; finding the perfect, unorthodox angle that reveals the unspoken about his character’s emotional state.  Or maybe just to capture a cool juxtaposition between his hero and the beautiful landscape.  Mann employs many of the same techniques for Blackhat, but here, the magic is gone.  He’s like a pitcher who’s lost the touch on his curveball; the pitch is telegraphed the moment it leaves his hand.  We languish in every transition between every scene, no matter how pointless or superfluous.  This editing malaise only contributes to the overall sense of boredom that grips Blackhat from its very first frames.  Simply put, Mann is taking two minutes to tell a one-minute story.

Despite some awkward dubbing and hysterically funny dialogue, the performances are serviceable.  Hemsworth still hasn’t proven he can carry a serious dramatic film, but he doesn’t ruin anything, either.  Viola Davis is solid, as usual, and tries her best to give the film some semblance of an emotional core.  Unfortunately, these characters are just too thinly drawn for any actor to make them feel convincing.  The love affair between Hemsworth and Tang, in particular, is embarrassingly ill-conceived.  You feel bad for the actors, who are asked to portray emotions on the screen that have no foundation or truth in the story’s world.

Blackhat certainly isn’t the worst film of 2015 (cringe), but it is one of the most baffling and disappointing.  How did it all go so wrong?  How could a talented director like Michael Mann, with a long list of successful thrillers to his credit, make such a boring shambles of a film?  Aside from a few acts of gratuitous and bizarrely out-of-place violence, there’s nothing here to hold our attention.  This cyber-thriller will have you wishing for the “blue screen of death.”