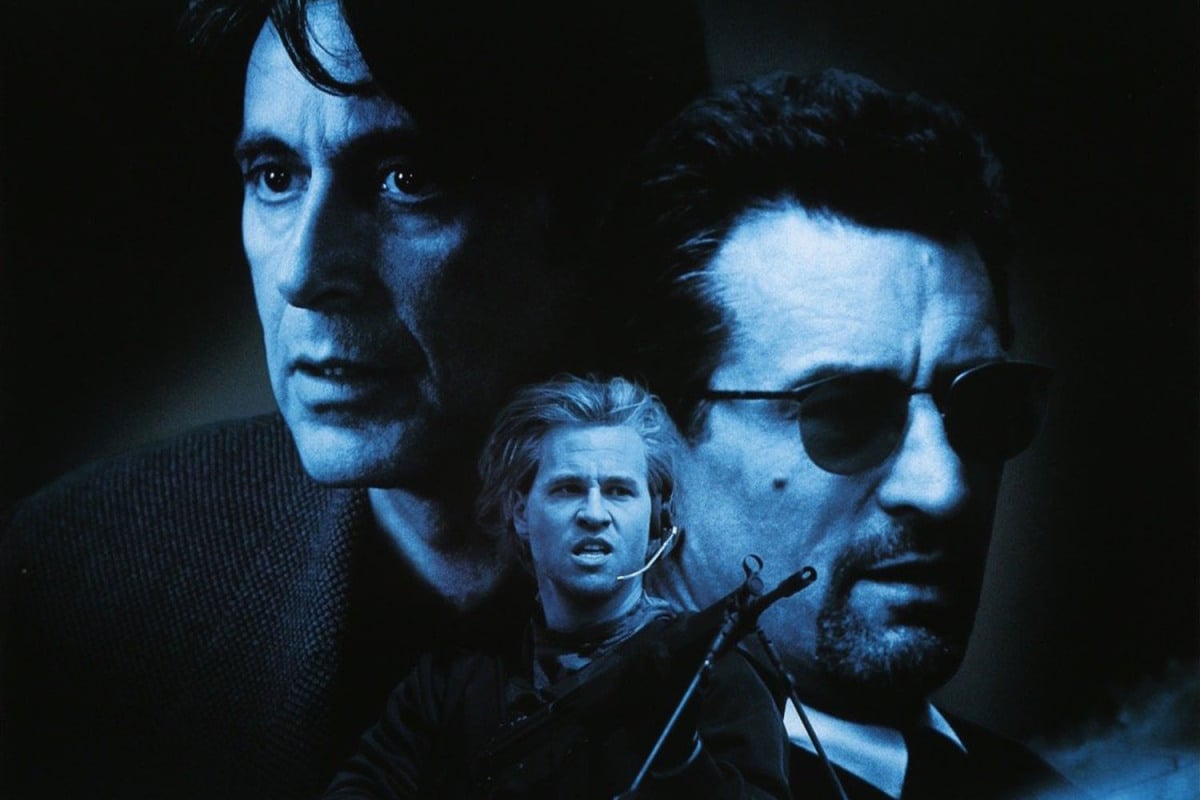 Looking back at Michael Mann’s Heat

When Michael Mann’s Heat came along in December of 1995 – 25 years ago this week — the big headline was that it was the first-ever movie to star Al Pacino and Robert De Niro side-by-side. Sure, both men had starred in The Godfather Part II, 21 years earlier, but they’d appeared in different timelines and not ever shared the screen.

Heat got positive reviews and did decently but not overwhelmingly at the box office. A few scenes — the heist/shootout scene, Pacino and De Niro’s coffee shop meeting, and Pacino’s “she’s got a great ass” speech — were instantly famous.

But the legend of Heat has grown significantly over time, and Heat is up there with Die Hard and Top Gun as the most influential and often-imitated movies in the history of the action-adventure genre. Christopher Nolan, for one, is known to have been inspired by Heat in making The Dark Knight.

The two-hour-and-40-minute Heat starred the two great actors as leaders of men on opposite sides of the law in Los Angeles. Pacino played Vincent Hanna, a police detective, while De Niro was Neil McCauley, the leader of a heist crew.

Heat was based in part on a real criminal case from the 1960s, in which the criminal’s name really was McCauley, and a police officer chasing him really did track down and have a cup of coffee with his adversary.

There’s a lot of the usual cops-and-robbers stuff familiar to fans of the genre, but Heat is special, for a few reasons. The look and feel are absolutely fantastic, with Mann, cinematographer Dante Spinotti and composer Elliot Goldenthal teaming up to give the film that slow-burn mood that’s synonymous with Mann’s work, especially in that period. Mann, Pacino, and Spinotti would reunite four years later for the director’s greatest film, The Insider.

Meanwhile, McCauley’s established ethos of not forming any attachments one can’t walk away from in “30 seconds flat” is challenged by his new relationship with Edie (Amy Brenneman), while Pacino is in a failing marriage and has a troubled step-daughter (a very young Natalie Portman.)

Pacino and De Niro would reunite again a few more times, in the forgettable thriller Righteous Kill and again in Martin Scorsese’s 2019 The Irishman, another film in which De Niro’s character was quietly ruthless, while Pacino’s yelled all the time. The two roles, for Pacino, came and the beginning and end of his main phases of overacting.

That scene is especially unique: It’s a throwaway, lasting about a minute, and it ends up not being all that important to the plot. It’s just Pacino’s delivery — which is said to have been improvised after indeterminable takes — that was so unique that it’s arguably the film’s most famous moment.

And yes, Heat is unquestionably a very male movie, but Heat finds interesting things to do with Brenneman and Portman’s characters, as well as that of Ashley Judd, who plays Kilmer’s girlfriend and helps lead to the unraveling of the crime plot.

Yes, 25 years on, Heat is every bit as great as its reputation and stands up as both one of the best films of 1995, and one of the most important motion pictures of the 1990s.

Heat is not available on any streaming service, but it can be rented on VOD, there have been multiple DVD and Blu-ray releases over the years, and there’s also a full, albeit not an especially high-quality version of the movie up on YouTube.

The Infinite Race is a Wildly Different ESPN 30 for 30

Beasts Clawing at Straws is Like the Coens in South Korea