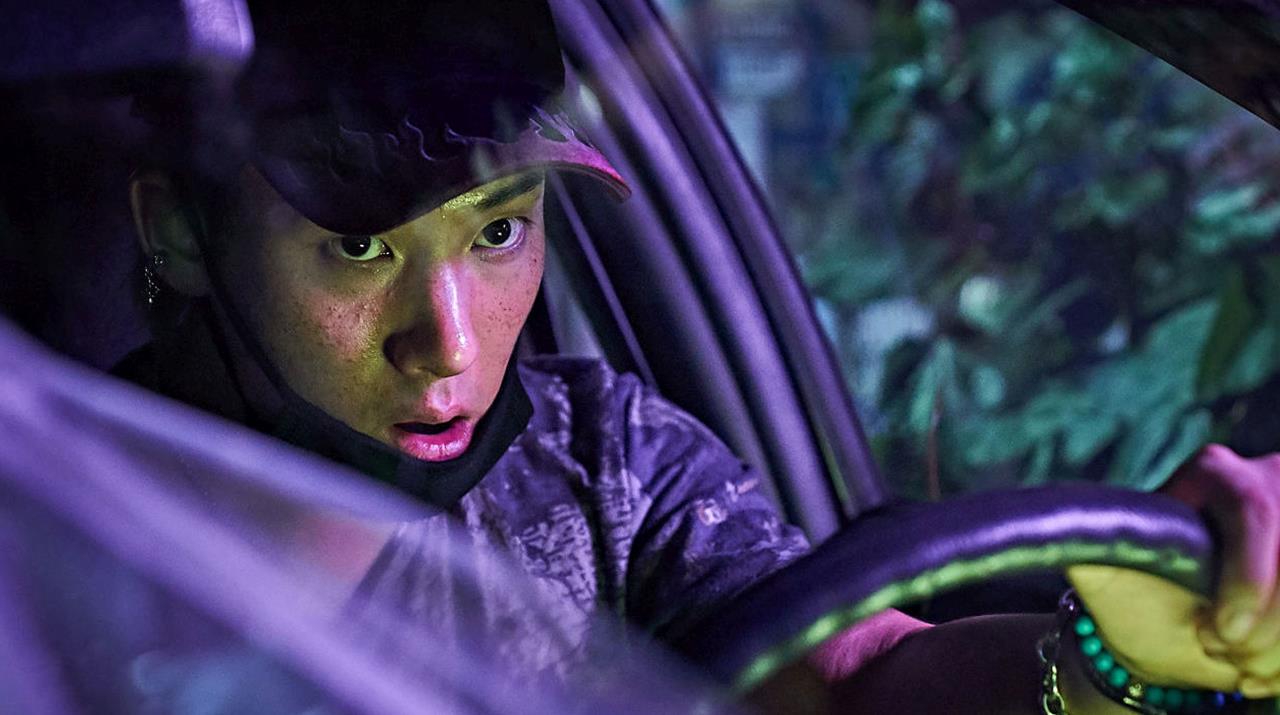 For a character to find a bag of money of mysterious provenance, believing themselves in luck but then suffering a long succession of troubles, is a cliche that’s almost as old as the movies themselves. But leave it to a first-time director from South Korea to breathe some welcome new life into a very familiar plot.

Beasts Clawing at Straws, the first film from Korean director Kim Yong-hoon, is a hoot- a crime thriller with more than a touch of humor. The film seems very much inspired by the work of the Coen brothers, especially their many films involving criminal conspirators in over their heads, with a touch of Tarantino as well, mostly in the splitting of the story into multiple chapters and nonlinear storylines.

The film debuted back in February at the Rotterdam Film Festival, where it won a Special Jury Award, and after a few festival bows, virtual and otherwise, throughout 2020, it lands on VOD this week. Beasts Clawing at Straws touted in the PR as being “similar in style to Parasite,” although that’s not really true, besides coming from the same home country, and also featuring occasional flashes of shocking violence.

However, I don’t doubt that the Best Picture winner’s massive success helped Beasts Clawing at Straws gain U.S. distribution, or at least that of the VOD variety. Beasts is not quite up to the level of Parasite, but then again, neither are most films, from South Korea or anywhere else.

Beasts Clawing at Straws can be hard to follow, especially at first, but eventually, it all fits together, and the plot becomes a lot more compelling as it goes on and things fall into place.

The film follows a group of criminals, whose lives intersect with one another in the South Korean town of Pyeongtaek. There’s a clerk at a gym/bathhouse (Bae Sung-woo), a debt-ridden customs agent (Jung Woo-sung), and a sex worker (Shin Hyun-been), trying to bump off her abusive husband with the help of a dimwitted john (Jung Ga-ram.)

There’s also a crime boss (Jung Man-sik) assisted by his particularly violent henchman. And there’s a madame (Jeon Do-yeon) who slowly emerges as a classic femme fatale and the film’s main character.

There’s not a lot here that’s groundbreaking or original, but there is one fantastic scene, with characters in a room together, and surprising information being conveyed that repeatedly changes the dynamic.

Whether one is a connoisseur of South Korean cinema or not, Beasts Clawing at Straws shows that the career of  Kim Yong-hoon is one very much worth following.

25 years ago, Heat Set the Gold Standard for Crime Epics

Tinker, Tailor, Soldier, Spy is the Most Impressive Spy Thriller