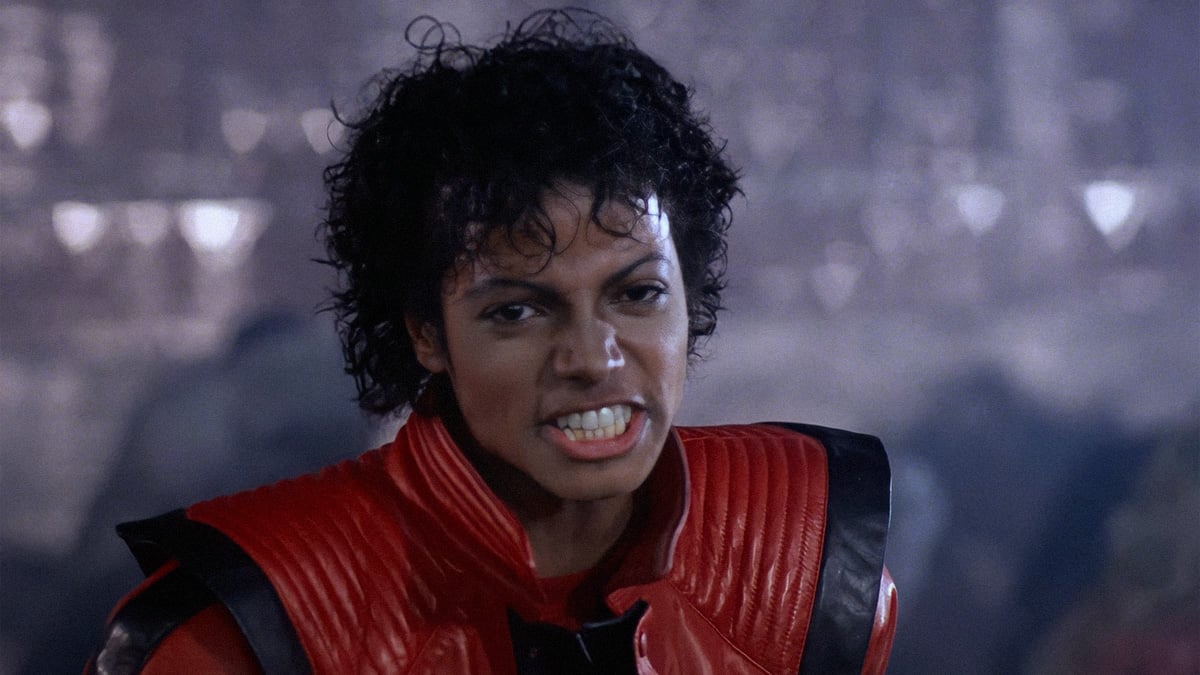 Michael Jackson was success obsessed. He dreamed of chart and cultural dominance that would rival Elvis or The Beatles, and fantasized about producing an album on which every single track was a “killer.” Thriller, which was released on November 30, 1982, did just that. The records began falling immediately. The singer’s magnum opus spent 37 weeks at number one and yielded seven top 10 singles, the most ever from a single album. Michael Jackson’s Thriller is the biggest-selling album of all time and won eight Grammy Awards including Record of The Year and Album of the Year for “Beat It.” Jackson was christened the “King of Pop,” and became one of the biggest stars in the world, instantly recognizable to people aged 8-80 with even the smallest amount of pop culture knowledge.

Micahel Jackson’s Thriller broke not just records, but industry barriers. The videos he filmed were the stuff of legend, “Billie Jean,” “Beat It” and the album’s namesake “Thriller” setting a new standard for the art form. Jackson’s videos turned into event television and helped drive unprecedented traffic to the fledgling cabler MTV. The irony is that in its beginning, MTV had taken a hardline stance against playing Black artists, using a number of ridiculous excuses, such as only playing rock music or alleging poor quality control in Black artists’ videos. Rick James, in the process of rewriting R&B history with his work, had called them out as had jazz legend Miles Davis. Still, nothing changed.

David Bowie turned a promo interview for his album Let’s Dance into a Q&A with veejay Mark Goodman about discriminatory practices. A completely unprepared Goodman was a deer in the headlights as he had expected to be the one asking the questions. Still, nothing changed.

Amazingly, it wasn’t that MTV saw the biggest recording artist in the business taking over the world without them that convinced them how silly they were being. It was his record label deciding to play hardball. CBS label head Walter Yetnikoff threatened to completely stop doing business with the network if didn’t give equal airtime to Jackson. Once the stupid policy had gone away, other Black artists including Prince started appearing. MTV would eventually start playing rap videos too, giving the growing genre its own special timeslot with Yo! MTV Raps! In 1988.

MTV’s denial of Thriller’s rock credentials never made any sense. Seeking total chart dominance, Jackson made sure the album touched nearly every genre including popular rock. Guitar god Eddie Van Halen joined him on “Beat It,” despite first thinking Quincy Jones was a prankster when the producer reached out. Van Halen had promised his bandmates he would never take on a side project, but Jones can be pretty convincing. To keep things as secretive as possible, he took no official songwriting credit or payment for it other than a couple of six-packs of beer. In spite of that, the performer gave his all and told CNN that before he realized it, he had changed a large portion of the song.

“Now in my mind, he’s either going to have his bodyguards kick me out for butchering his song or he’s going to like it,” Van Halen explained. “And so he gave it a listen and went ‘Wow, thank you so much for having the passion to not just come in and blaze a solo, but to actually care about the song and make it better.’

The notoriously fastidious Jackson was constantly checking the sales charts, often placing late-night calls to his team if Thriller was no longer no.1, asking what could be done about it. The superstar usually had a pretty good idea. Having gotten his start as one of Motown’s biggest acts with the Jackson Five, there was a great deal of talk about whether he would appear on the label’s 25th-anniversary special. Did he owe the company and the group that made him famous an appearance? Should the Jacksons perform without him? Wouldn’t he upstage everyone else? The runaway success of Thriller ensured he towered over even legends such as The Temptations, Smokey Robinson, and Marvin Gaye. Jackson reunited with his brothers to slay it just as they had when they were kids. They did a medley of hits including “I Want You Back,” “Never Can Say Goodbye,” and “The Love You Save.” It was his first time performing with them since leaving the band in 1975.

But the new King of Pop knew he had to do something solo and of course, he crushed it. When he performed “Billie Jean” in the now iconic black sequined jacket, fedora, and white glove then unveiled the moonwalk, his status as the best performer alive was cemented. The showstopping number sent Thriller back to no.1 for 10 more weeks.

Perhaps the best move Jackson made to reinvigorate the album was the title track and the resulting video. Despite the singer having one of the best years of any recording artist ever, his record label was somehow not sold on his artistic judgment. Epic hadn’t planned to release Thriller as a single, let alone make a video for it. Execs saw it as a silly novelty song, label head Yetnikoff reportedly asking who would want to hear a song about monsters. Since it was Michael Jackson in 1983, the answer was still basically everybody.

Epic didn’t really care to release the song, so they were also dead set against doing a video. It was actually MTV, who finally having learned the error of their ways, wanted to be in the Michael Jackson video business. MTV and Showtime both chipped in $250,000 to help finance it. Showtime was in fewer than 1 million homes at the time, and got the rights to show the video first. MTV would get to air it second (first for most people that saw it because of how few homes had Showtime) and both MTV and Showtime got the rights to show a film depicting the making of the video. The VHS version did huge business as lots of fans didn’t want to wait for MTV to air it.

As a fan of classic horror movies, the singer reached out to American Werewolf in London director John Landis to capture their spirit. The notoriously childlike star wanted campy and fun as opposed to actually scary. But the Jackson family were Jehovah’s Witnesses and even that level of occult involvement made the religion’s officials nervous. The video would eventually bear a disclaimer that the pop legend did not endorse or support the occult.

Perhaps nothing in the video captures the horror movie vibe better than the spoken word at its end delivered by Vincent Price. Rod Temperton, the song’s writer, revealed in a book that the actor wasn’t his first choice. He goes behind the scenes of Thriller and other successful projects in The Invisible Man: The Story of Rod Temperton. He wanted Elvira, the Mistress of the Dark herself, to read the now iconic words. But Price was a personal friend of producer Quincy Jones’ family, plus Elvira was only at the beginning of her horror host career. It’s hard to argue for anybody else after hearing Price’s rendition. The voiceover, nailed in only two takes, introduced the horror king to an entirely new audience. The late-career renaissance earned him a role as Vincent Van Ghoul in The 13 Ghosts of Scooby Doo. Considering Scooby’s scary cred and penchant for running into celebrities during his adventures, it’s unbelievable this crossover hadn’t occurred to someone before.

Michael Jackson’s Thriller was nothing short of a masterpiece. Its dancing zombies are still imitated by legions of fans four decades later. The video and the making of movie were huge hits, and the album was white hot again. No Halloween party soundtrack is complete without it. After Jackson’s untimely death in 2009, a whole new generation discovered his artistry. Thriller was the 14th best-selling album of the year with more than 1.27 million copies sold.

This album changed the trajectory not only of Jackson’s career, but the music industry itself. It established videos as one of the best things an artist could do for their music. It kicked open doors at MTVs that shouldn’t have been closed to begin with. The title track confirmed that a performer at the peak of his game could turn even a “song about monsters” into a giant hit if they did the work.