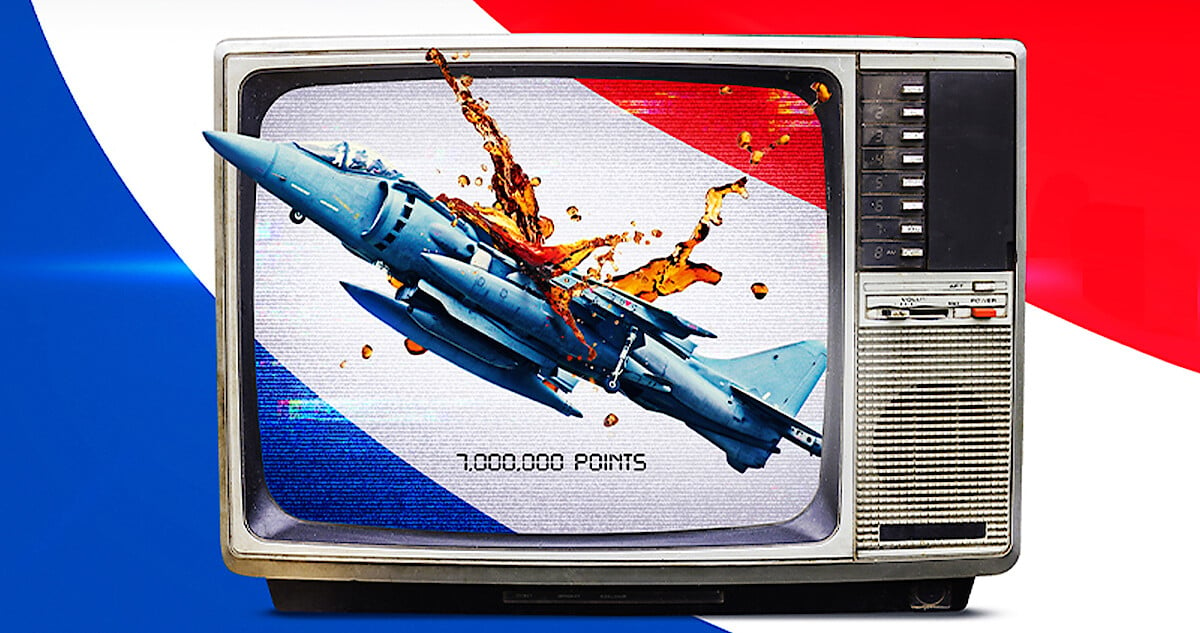 The old expression “David vs Goliath” has been used time and time again. It’s become a go-to whenever two opposing forces go head-to-head, one perceived as meek and the other as strong. It could be in the context of a sporting event, a political campaign, a fictional story, etc. The biblical tale of David and Goliath is a heightened version of reality, but sometimes a real-world, contemporary event transpires that’s so wild, so unexpected, that one can’t help but allude to the popularized expression. Netflix’s new documentary series, Pepsi, Where’s My Jet?, shares such a story. If one wasn’t there to witness it, it’s barely believable.

John Leonard was a 21-year-old college student from Seattle, Washington. A hard worker, he performed all sorts of odds and ends to earn money during his teenage hood. One day, whilst enjoying some cable television, he came upon an advertisement from the soft beverage company Pepsi. The uber-popular company announced a summer deal by which consumers could acquire points (off of bottle caps, for instance), and exchange them for Pepsi-branded articles such as sunglasses and t-shirts. In a comical twist, the ad shows a teen landing his AV-8 Harrier II fighter jet in front of his school, gleefully stating that it “beats the bus.” Underneath the jet is text indicating the plane can be acquired for 7 million points.

Ordinarily, few would take that seriously. But John was the exception to the rule, as was his friend Todd Hoffman, an older entrepreneur with whom a friendship mushroomed over mountain climbing expeditions. Together they found a loophole in the contest by which they could technically get a jet for only $700,00.00. As such, they sent a cheque. In response, Pepsi confidently wrote that the fighter plane was a joke and offered coupons for some free Pepsi. Todd and John were two things: confident and a little stubborn. What followed was litigation, a media whirlwind, and an added international scale to Pepsi’s strange clumsy contest planning.

The premise alone is difficult to swallow. It sounds completely crazy, and yet it really happened. John Leonard, who through the Andrew Renzi-directed series appears as calm and level-headed, had a voice in him that produced a special brand of confidence and steadfastness. The young adult simply wasn’t going to accept Pepsi’s unimpressive negative replies. It helped a great deal that he was (and still is) friends with Todd Hoffman. Older and with more experience in business and law through his entrepreneurial ventures, Todd also had a courageous streak in him. He very much liked the idea of seeing how far their chase after Pepsi’s jet would take them. It was thanks to Todd’s astuteness that it became clear why they might stand a chance: there was no disclaimer text at the bottom of the screen when the ad presented the plane and the text about 7 million Pepsi points.

If one breaks it down in the most literal sense, however silly it sounds that a soda pop company would give away military hardware, on a technicality, the offer was genuine. Former and current Pepsico executives Briand Swette, Jeff Mordos, and Michael Patti are all interviewed. Each one laughs off the incident, although there is an undercurrent of discomfort to their mostly affable replies. The inclusion of the jet in the ad was a joke as far as they saw it. On that point alone, they are correct. But without any disclaimer (which, incidentally, was included in the version of the same ad that played in Canada), suddenly the door was open for what could be interpreted as a genuine request.

And so began a story that spanned several years, and eventually got judges and lawyers involved, including a young Michael Avenatti, who many years later found himself in hot water, but not before earning quite the reputation as a brash, daring practitioner of the law.

When stories are so fantastical and expand to seemingly epic propositions, one thing a good documentary should strive for is a representation of the personalities involved. To that end, Pepsi, Where’s My Jet? is an engaging, enlightening affair. People like Todd Hoffman, Michael Avenatti, Michael Patti, and Jeff Mordos are highlights. They share their sides of the story with a peppering of vim and verve. Hoffman in particular is quite a character, living the good life after earning good money, very outspoken, but also curiously private (the series was not allowed to reveal where exactly his magnificent country abode is located).

Just as the story is about two sides that made headlines back in the day, one brand new (John Leonard) and the other unspeakably popular (Pepsi), the documentary itself strives to brand each of the personalities as honestly as possible. Even the Pepsi exces sound like reasonable folk despite having to save face. Incidentally, probably the least interesting one is John himself, if only because he’s quieter than most other interview subjects. If this show teaches viewers anything, it’s that actions speak louder than words.

The details of the eventual court case are delved into with just enough information for the viewer to follow along comfortably without getting bogged down in legal technicalities. Pepsi, Where’s My Jet? makes one thing abundantly clear: even the smallest of errors, the tiniest of overlooked details, can eventually lead to big problems.

Consider that in the US, the original version of the advertisement did not feature disclaimer text, ergo the ensuing litigation. In Canada, Pepsi made it much clearer that the inclusion of the aircraft in the ad was a farce. Pepsi drinkers in the Philippines found themselves going after the company for a wholly different, botched contest. It involved winning the equivalent of $40,000 USD (in Filipino pesos) if the underside of a bottle cap had a particular number printed. As it turns out, multiple bottle caps featured the winning number. Pepsi claimed a printing error. What followed was not nearly as whimsical as the American-based story.

Director Renzi keeps the proceedings fairly light and entertaining. At only four episodes, the show is a swift experience. If there are one or two nitpicks, they have more to do with style than content. The people interviewed are incredibly interesting, regardless if one thinks they’re heroes or villains. They sport personalities worthy of being part of a series such as this. Despite that, Renzi makes use of several re-enactments in each episode to show something for which there isn’t any visual documentation. These brief moments are very heightened and presented as comical. Unfortunately, they grow superfluous after a while considering that the real, actual story unfolding before our eyes is gonzo. No artificiality is necessary to make it ridiculous: it already is.

The Story of a Generation

Netflix and Andrew Renzi went back in time to highlight a mostly forgotten, bizarre episode of the 1990s. While the decision sounds strange at face value, viewers discover over the course of the relatively brief show that sometimes a little hero is needed to keep the more powerful forces in check, especially when the latter struggle to do it themselves. Pepsi didn’t get a small detail right, and for all their money and might, they looked clumsy and arrogant in the process.

Is Pepsi, Where’s My Jet must-see tv? That depends on one’s taste (no, that’s not a blind taste test gag). It’s certainly on the fluffy side. Beneath the comical misadventures are compelling personalities that highlight just how far things can go when opposing sides meet, each confident in their chances despite an uneven playing field. The specifics are the story of a generation, but the values and lessons hold strong even today.

40 Years Ago, Michael Jackson’s Thriller Ushered In The Age of Videos As Event Viewing