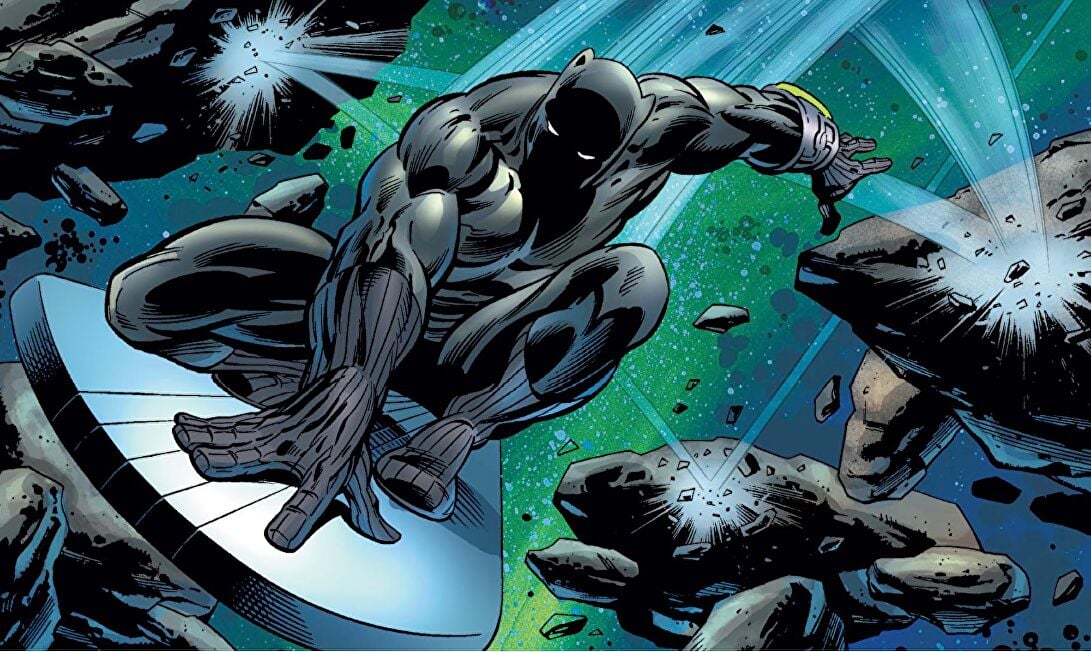 It would be safe to say that Black Panther is quite possibly one of Marvel’s most popular superheroes at this point. The Wakandan king known as T’Challa, who developed superpowers after ingesting a heart-shaped herb created by Bast the Panther Goddess, has enjoyed a considerable level of success and recognition among both comic fans and the general public throughout the decades. Not only did Black Panther comics regularly fly off shelves, but the 2018 Black Panther film grossed an incredible $1.3 billion at the global box office, with the sequel, Wakanda Forever, already having surpassed $670 million less than a month after its release.

Black Panther has crossed over with countless other heroes and villains of the Marvel Universe throughout the decades, leading to some hugely enjoyable team-ups and showdowns. This list counts down five of T’challa’s best comic crossovers since his first appearance back in 1966, and both fans and newcomers alike will be delighted to see the prominent African hero interacting with a multitude of recognizable allies and foes throughout these entertaining storylines.

Black Panther’s first meeting with Spider-Man was depicted in issue seven of Spidey, in which a teenage Peter Parker joined forces with the King of Wakanda to retrieve a stolen shipment of Vibranium from an underground New York City bunker. Naturally, the crooks who stole the precious metal were not willing to give it up without a fight, so the relatively inexperienced Wall Crawler and the battle-hardened T’Challa combined their mixed fighting skills to combat the thieves. This resulted in a downright bizarre and often hilarious fight sequence in which Spider-Man outwardly monologues about how he wishes he could be as effective as Black Panther in combat before the African hero reminds him to use his fists and not his mouth in the middle of their fight.

However, Spider-Man soon gets to prove his worth to Black Panther, as he subsequently rescues him from the villain known as the Klaw, who knocked him out cold, before helping him to unload the stolen Vibranium. The issue then ends on a high note, as Black Panther tells Spider-Man that he was impressed by his courage and tenacity and that he would be welcome to visit Wakanda anytime, before offering him some serious life advice on how to be a better hero, which Peter barely seems to acknowledge as he quickly swings away. This was a fun issue that gave fans the opportunity to experience the first-ever team-up between two of Marvel’s most famous heroes, making it essential reading for both Spider-Man and Black Panther fans.

Going to war with Deadpool

Because of their vastly different personalities, it was hilarious to see Black Panther coming into conflict with Deadpool in the five part miniseries Deadpool vs. Black Panther, in which the Merc with a Mouth travels to Wakanda to retrieve a fragment of Vibranium to safe the life of Willie Lumpkin, who was fatally injured in the first issue. T’Challa was initially reluctant to allow to wisecracking assassin to lead his country with the precious metal, and the two superpowered warriors then engaged in a series of battles against each other before he reluctant Black Panther was forced to team up with an all too eager Deadpool to take down a villainous psychopath known as the Scarecrow.

Deadpool’s obnoxious and wisecracking attitude created a stark contrast with T’Challa stock and sombre persona, and it was easy to see why writer Daniel Kibblesmith was so eager to pit the two heroes against each other. And humour aside, the miniseries also raised a serious philosophical question, as T’Challa learned that he could use Deadpool’s unique self-repairing genes to effectively create a cure for death, leading to to grapple with the question of whether he has the right to play God. And without going into spoilers, the last issue even ends with Deadpool telling a joke which makes Black Panther laugh, as even the stoic warrior king proved not to be immune to the goofball mercenary’s unrelenting humour. Black Panther comics are not usually known for offering comedic value, but this was certainly a hilarious miniseries.

In addition to protecting his beloved nation of Wakanda, Black Panther also frequently travels to other nations and even to other worlds, as shown when he crossed over the Silver Surfer in the 545th issue of Fantastic Four. This issue was an absolute visual delight, thanks to the incredible talent of artist Paul Pelletier.

After accompanying the Fantastic Four into space to investigate the activities of Epoch, the Keeper of Cosmic Awareness, T’Challa found himself facing off against none other than the Herald of Galactus himself, the Silver Surfer. And while the fight only lasted for a few panels, it was still beyond awesome to see Black Panther and the Silver Surfer fighting against the backdrop of space, with the two combatants both using their superhuman strength and the lack of gravity to pound and toss each other across vast distances. Black Panther wore a life support bracelet throughout this sequence, so he was able to survive in the vacuum of the cosmos, and seeing the majestic Black Panther costume literally appearing in space was certainly a sight to behold. And as if this issue was not already cool enough, the issue also featured a sequence where Black Panther rides the Silver Surfer’s board, which was honestly too awesome to even put into words.

Black Panther and Wolverine have always had a turbulent relationship over the years, and this was exemplified in the eighth issue of the ongoing 2013 Wolverine comic series. This story saw a depowered Wolverine travelling to Wakanda to investigate whether T’Challa had been infected by a deadly airborne virus that drives its mindless rage. After entering into an argument about whether T’Challa was truly worthy to marry Storm, the two men then engaged in a brutal fight, which was even more harrowing when you consider that Wolverine lacked his healing factor at the time and therefore could easily have been torn to pieces if he was not careful because Black Panther possessed vastly superior speed and ability to the powerless mutant.

And while the Wakandan king seemed to be pulling his punches, it was later revealed that Black Panther did not actually want to fight Logan and was only pretending to engage him in combat in order to deceive the sentient virus, which was subsequently brought under control by a team of scientists. So while he never meant to do any actual damage to his occasional mutant ally, it was still harrowing to know that T’Challa needed to use all his self-control to prevent himself from harming to mutant known for slicing people into pieces with his razor-sharp adamantium claws.

The only non-violent crossover on this list comes in the form of the eighteenth issue of the 2005 Black Panther comic, which was T’Challa finally marrying Storm, with whom he had been in a relationship for several years. Longtime fans were elated to see the Wakandan king and the longtime member of the X-Men tying the knot, with attendees at the grand Wakandan wedding including Iron Man, Captain America, Doctor Strange, Blade, and the Fantastic Four. Even Uatu the Watcher, who makes appearances at major cosmic events, briefly showed up to the ceremony, which cemented the wedding as a truly moments occasion within the grand scheme of the Marvel Universe.

After the wedding, T’Challa and Storm then took a brief detour into the Ancestral Plane, where they encountered none other than Bast the Panther Goddess, who thankfully approved of the union, before the two newlyweds then retreated back to the Wakandan palace to enjoy the rest of their joyous wedding reception. This was an enjoyably light and comforting story focusing on the marriage of two of Marvel’s most popular heroes, making it a hugely recommended issue for fans to enjoy.

40 Years Ago, Michael Jackson’s Thriller Ushered In The Age of Videos As Event Viewing