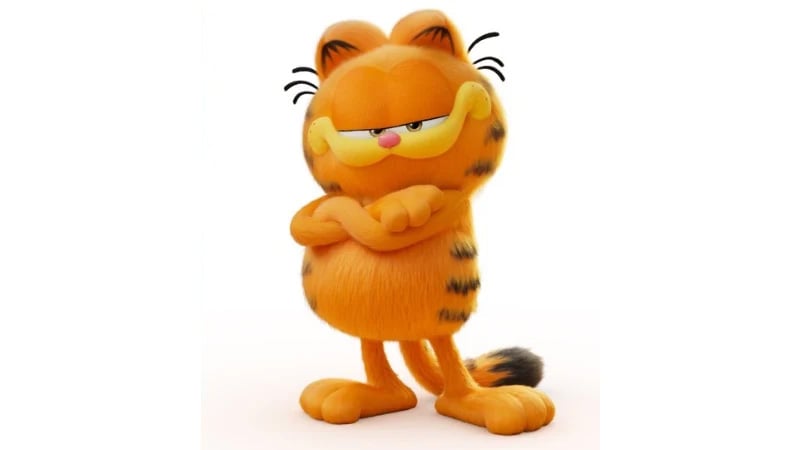 It would seem that Chris Pratt is on something of a roll of sorts when it comes to voice acting. Not only was he recently announced as the voice of Mario in the upcoming Super Mario animated movie from Illumination, he has also been cast as the beloved lasagne loving feline Garfield in an animated film set to be released by Paramount Pictures, with a script from David Reynolds (The Emperor’s New Groove, Finding Nemo) and directed by Mark Dindal (The Emperor’s New Groove, Cat’s Don’t Dance). As is to be expected, the Internet had opinions and lots of them. Let’s take a look at some reactions to the news of Pratt’s casting.

Honestly, I think @TAHK0 hits the nail on the head with this observation. Pratt is by no means a bad voice actor- I absolutely love him as Emmett in The LEGO Movie– but can’t we get a bit of variety up in here? Or better yet, perhaps an actual professional voice actor? More on that gripe later.

Pratt is already two characters in to this cartoon character infinity gauntlet, as captured excellently by @TheNCSmaster. He is already too powerful. He must be stopped.

@saltydkdan makes a fair point in this tweet. Seeing as Pratt was on the list of actors considered to be in the Sonic the Hedgehog movie, I wouldn’t be surprised if he did actually land a voice role in the sequel.  Idris Elba as Knuckles is already a thing so why not Chris Pratt as Shadow? Throw in Scarlett Johansson as Amy and Timothée Chalamet as Tails while we are it.

In the same vein, I wouldn’t be surprised if this was something that was to happen too. Yes, I know that Samus is a woman but I wouldn’t put it past Hollywood to change her gender for a film adaptation. The image used in this tweet is from a 1989 Toys R Us Nintendo Commercial, which puts a father and son into various different Nintendo games. It is so lame but kind of hilarious because of it so go watch it. Thanks to @Shinesparkers for this tweet and also for bringing this ad to my attention and making my life the better for it.

@nocontextpawnee points out that this lady from Parks and Recreation could have easily played Garfield. She’s already got the lasagne eating down. Recast, Paramount, recast.

@bourbonbun highlights the fact that Pratt is stealing Italian characters from genuine Italians. Garfield isn’t actually Italian but we all know that he loves that classic Italian dish of lasagne. For the sake of the joke, we are going to say that he is Italian.

The same goes for this tweet from @mbrleigh. Chris Pratt’s lasagne game is yet to be discovered. It probably leaves a lot to be desired.

Okay but let’s be honest, Garfield would totally do this to Jon if he ate his lasagne or something. Thanks for the comparison @WalriderHost.

@crazy8wizard shows off their beautiful Garfield creations thanks to Pratt’s casting. Pratt’s role in the Jurassic World films inspired them to post these majestic beasts. These are truly gorgeous creatures and I am so glad that you shared them with the world.

A nice little crossover drawing next from @MazingSand. Garfield does some Star-Lord cosplay, another character who is played by Pratt. I actually love the lasagne t-shirt. I want one.

I don’t really have many words for this incredible creation from @KinoFabino next. It both terrifies and astounds me.

Not gonna lie, this fan art is actually super cute and I love it. @PyonSukis draws Garfield in a Mario outfit and I kind of want this as a plushie. Please and thank you.

A short but straightforward tweet from @Alpharad next. Again, I really wouldn’t be surprised if Hollywood actually made this a reality.

If you have seen the Dorkly shorts that @ChrisVoiceman is referring to, then you will get the idea. If you know, you know.

I want to finish off with the tweet that made laugh the hardest but also rings completely true, courtesy of @hunktears. Parks and Rec Andy Dwyer era Chris Pratt would have suited the character better.

My personal thoughts on the casting are that I feel infuriated that voice actors in Hollywood continue to lose out on jobs to big names in order to bring in more viewers. I get it but it seems so unfair on those whose careers are based around their voices. Why does Chris Pratt- who has another generic white dude voice- get to take on two major leading voice roles and get paid an extortionate amount for it? He is already worth millions. Why can’t these parts be given to actual voice actors?? There is such disrespect displayed towards voice actors in general in Hollywood and it seems to be emphasised by these stars getting the jobs that actual VA’s should be considered for. That is my two cents on the matter but I genuinely hope that Pratt’s take on both Mario and Garfield are enjoyable, even if I do think his casting is unfair.