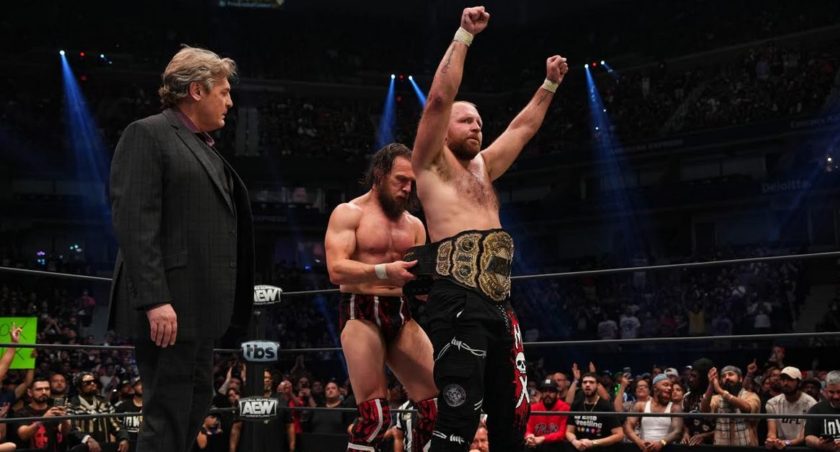 That is a sentiment I’d encountered fairly often by the time Full Gear 2022 came around. Tournaments are not quite a staple to AEW as battle royals, but then again, battle royals don’t bleed over for a month, so I get it.

But I do wonder, does the fatigue really come from AEW having too many tournaments? The case could be made, but I don’t think it’s ever a number that’s too many. The true problem with AEW tournaments is that so many of them look the same.

Currently, we know that the World title eliminator (8-person), as well as the Owen Hart Foundation tournaments (16-person), are scheduled to be recurring events. Welcome as they are, they do make rare spontaneous events like the Grand Slam TOC (8-person) feel not much different. Because apart from the circumstances, very little does actually separate them.

Contrast this with how both Interim World Champions were crowned this year. The men’s title saw a battle royal to determine who would face Jon Moxley, and a single qualifying match in NJPW, with the winners facing off at Forbidden Door. The women’s title simply pitted four of the top contenders together at the same time for All Out. Both cases were different enough to resist patterns, proving we can have too much of a standard format.

There was a 4-team World Tag Team eliminator tournament in August 2021.

I know this because there’s been only ONE.

2022 saw the World Trios tournament to crown the inaugural champions, but there are no guarantees of a series. There is no annual, recurring event for the tag belts, so we realistically can’t expect the same for the trios.

Interestingly, early this year, there were 2 battle royals in a row to determine 2 separate contenders for the World Tag Team titles. Though an odd choice, these matches had really big moments involving FTR and the Young Bucks. Whether you consider this a tournament or a series of battle royals, it was still formatted differently, and it didn’t lack drama. Thing is, you can’t set or break patterns unless you have more of something.

Most AEW tournaments: (1) are single-elimination, (2) take place on Dynamite and Rampage for the most part, and (3) happen weeks before a PPV. When I say AEW’s tournaments look the same, I mean they’re presented and packaged pretty much the same.

Perhaps certain stipulations can be added to the finals of a classic single-elim. Grand Slam TOC put a little spin on things, with certain talents receiving first-round byes (e.g., former AEW World Champions). If the schedule allows, having some tournaments appear exclusively on either Dynamite or Rampage helps sell one of the shows as unique. Special events can also be scheduled to take place in one night instead of all of them spanning weeks.

I’m not asking for the western G1. But if we can learn something from NJPW, it’s that having variety — and perhaps a greater sense of presentation, in general — is a small compromise in exchange for committing to a large tournament count.

This is my contractually-obligated reminder that the Casino Battle Royale was the first AEW match. Apart from being a staple of Double or Nothing and All Out, it awards its winner a title shot following the PPV. The Casino Ladder Match variant has had its prestige skyrocket in recent years, having been won by Adam Page and MJF. Both men would cash in their World title shot for the main event of Full Gear.

Both matches usually take place on PPV, a spectacle on the card with its unpredictability and surprises. Casino match winners feel like they have their moment on PPV, with a big match lined up after it.

Whereas tournament winners feel like they have simply gone on an impressive win streak. Whether the finals take place on TV or on PPV, the winner’s big moment happens afterward. Apart from the Owen Cup, not enough ceremony has conditioned us to think a tournament win is a huge, coveted prize.

Which, of course, is great for AEW championships.

But not every shiny prize has to be a shiny belt. And if we’re going to see a lot more prizes, we might have to be conditioned to see them that way.