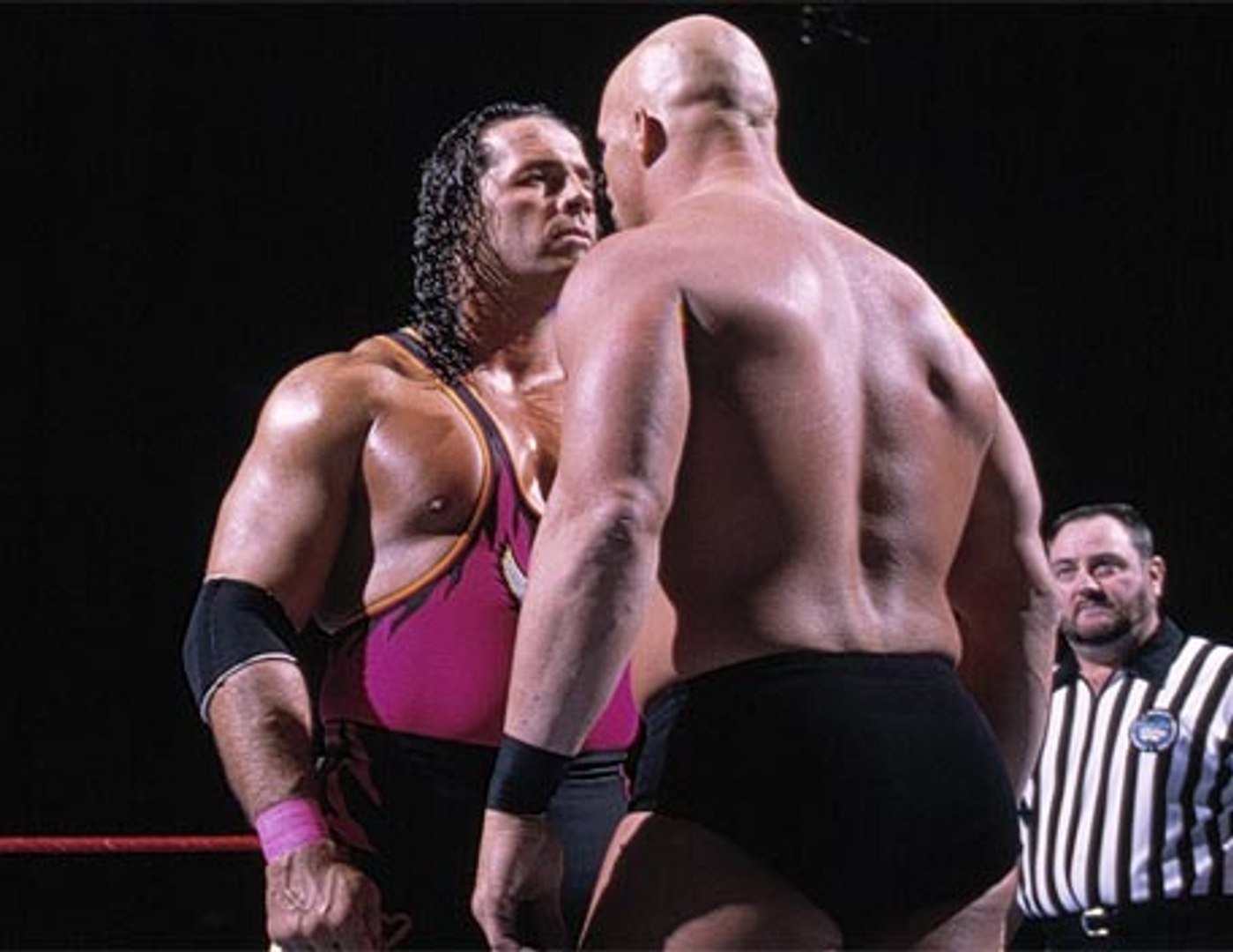 The greatest and arguably most important match in Survivor Series history is without a doubt, Bret Hart vs. Stone Cold Steve Austin at the 1996 Survivor Series. It was Hart’s first match since losing the WWF Championship to Shawn Michaels at WrestleMania XII and for months the WWE had been building up the rivalry between Austin and Hit Man with Stone Cold repeatedly calling Brett out on a weekly basis. It was also the precursor to their legendary submission match at WrestleMania XIII and while it isn’t as good as that match,  Hit Man and the Texas Rattlesnake brought the house down at Madison Square Garden that night. It was a classic tale of good versus evil between longtime babyface Bret Hart and the rebel, Steve Austin and a match that had fans at the edge of their seats.

Bret Hart had already established himself as a cornerstone of WWE, but Stone Cold’s popularity was on the rise. His anti-authority, take-no-prisoners attitude struck a chord with the fans. Austin had the gift for talking smack on the mic and the crowd loved his rebellious persona. But he also has a gift inside the ring and with the help of Bret Hart, he was ready to show the world just how great he could be. Stone Cold Steve Austin came to Madison Square Garden to make a name for himself at the expense of Bret Hart and by the time he left, he was on his way to becoming the most popular WWE superstar that ever lived.

The match was a back-and-forth battle of brawling and technical wrestling between two men who generally hated each other. It was a fight. It was ugly, and it was a chance for both men to prove they could adapt to each other’s styles. Austin became a technician and the excellence of execution became a brawler. Throughout the match, Hart kicked out of the Stunner and Austin escaped the Sharpshooter. Later, Hart was body-slammed into the Spanish announce table, suplexed off the top rope, and both men even took the fight into the crowd. In the closing moments, Austin locked in the Million Dollar Dream, only Hart bounced off the ropes to reverse it and cradled Austin to the mat to get the three count. Bret Hart got the win, but the crowd’s reaction hinted at what would come.

As the rivalry progressed, fans began to voice their support for the Texas Rattlesnake while Hart found himself on the receiving end of boos for the first in decades. Austin would soon become the fan-favorite and the landscape of wrestling would forever change.

Survivor Series 1996 was all around special but will be forever remembered first and foremost for the Bret Hart/Steve Austin match. You really have an obligation to see it to witness what has a legitimate claim of being the best Survivor Series match of all time.