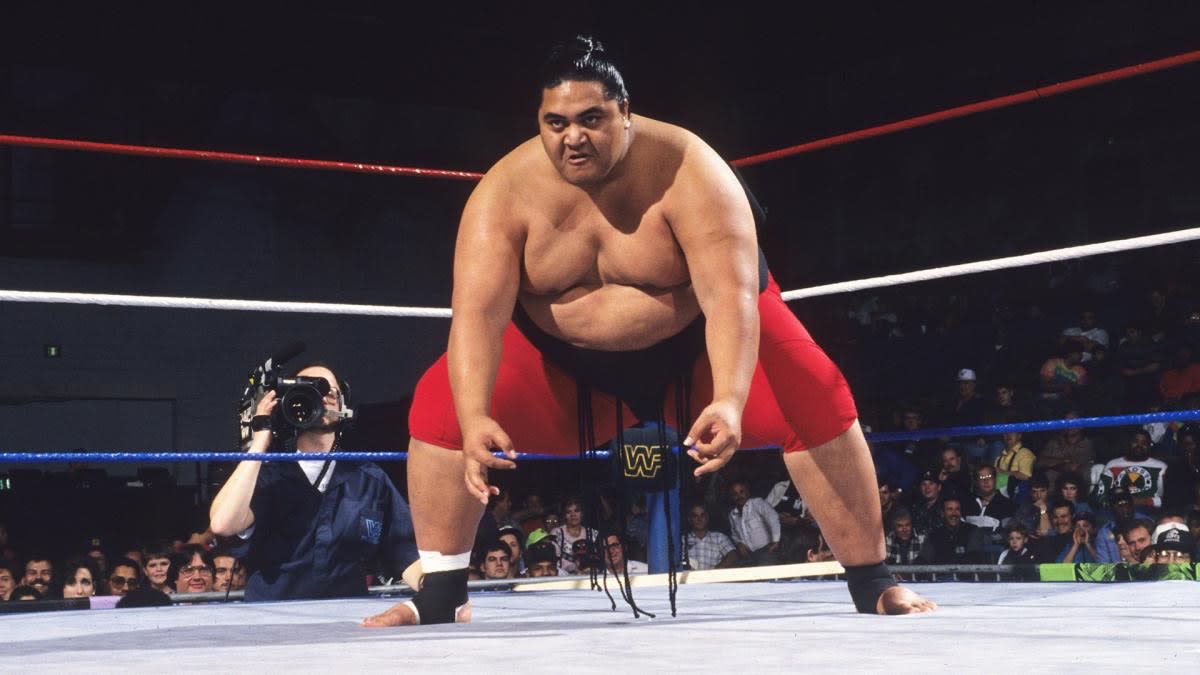 The seventh annual Royal Rumble (which took place on January 22, 1994, at the Providence Civic Center) is best known for two big moments: The first is when Owen Hart turned on his brother Bret Hart after The Quebecers defeated them to retain the WWF Tag Team Championship. The second is what happened after Yokozuna defeated The Undertaker in a casket match for the WWF Championship. While not the first casket match and certainly not the best, the feud between Undertaker and Yokozuna’s is one of the most memorable rivalries of that era, and while this match isn’t a technical classic, there’s no denying that watching Yokozuna and a small army of wrestlers try and bury the Deadman, is nothing of sheer fun.

You see, the Taker/Yokozuna match isn’t great by any stretch of the imagination— not then and certainly not now. It came at a time when WWE’s focus was very much centered on a younger audience, and it was gimmick-heavy main events like this that reflected what the company was all about. The Hogan Era was officially in the rear-view mirror and Vince McMahon was looking to create some new stars to lead his company. Yokozuna was firmly locked-in as the top heel and The Undertaker was on his way to becoming a top face.

As you can imagine, there was a lot of hype leading into the Royal Rumble. Not only was Yokozuna forced to accept the first of their two Casket matches, but once it was revealed that the unstoppable Yokozuna had a fear of coffins, The Undertaker used that knowledge to gain a psychological advantage over the big man.

In terms of it being a pure cinematic spectacle, the match had everything going for it including a thunderous crowd standing and cheering at the edge of their feet; an animated Vince McMahon overselling the supernatural angle on commentary; a slew of special effects including green smoke escaping the from the urn that was taken from a helpless Paul Bearer; and even a disappearing act courtesy of The Undertaker who vanished from the casket only to reappear on the Titan Tron, and ascend like a messiah-like figure to the top of the stadium.

You see, Yokozuna was billed as an unstoppable monster but so was the Undertaker and WWE needed an ending that would allow Mark Calloway to rest for several months to recover from lingering real-life injuries while not harming his reputation as a dominant force in wrestling. The finale along with the bizarre post-match shenanigans was not only needed but was a breath of fresh air and is still to this day, quite the sight to behold. And while the rivalry between the two men began at Survivor Series 1993, it was the Royal Rumble in 1994 that featured the original “rebirth” of the Undertaker and kickstarted one of the five greatest feuds in Mark Callaway’s career. The match itself may have left fans wanting more, but the overall spectacle is impressive, technically astounding, and emotionally resonant— seriously, I was devastated as a kid watching Mr. Fuji’s army destroy one of my favourite wrestlers.

Thankfully, Undertaker did return and the two met in another casket match the following year at Survivor Series, this time with actor/karate expert Chuck Norris as the special enforcer to even the odds and stop anyone from interfering. Without the help of Fuji’s henchmen, Yokozuna would go on to lose the match and face his greatest fear as he wound up locked inside the casket. That my friends, is great storytelling, something lacking in wrestling these days.

Charlotte Flair has Earned Her Spot at the Top