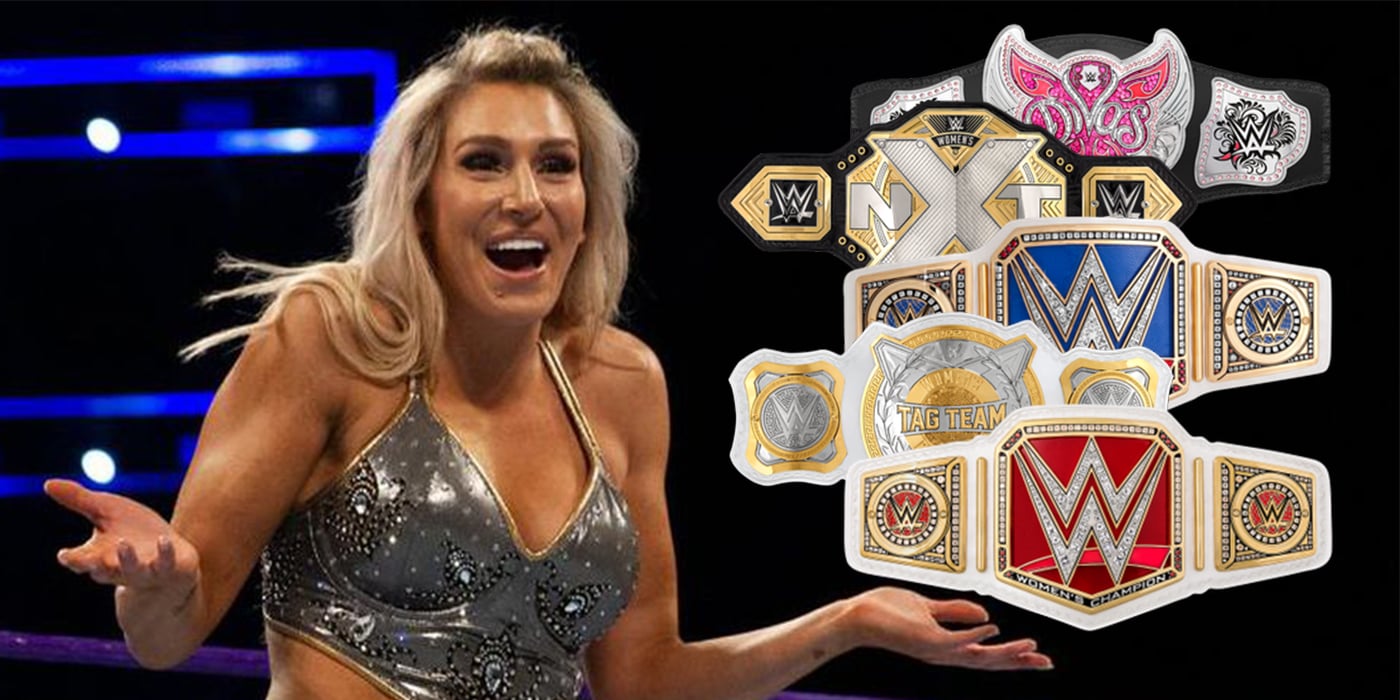 Charlotte Flair seems to be a strange sore spot for some wrestling fans and writers. It’s not hard to understand why. Her booking has often been prioritized to the detriment of other members of the WWE Women’s Division. That being said, there’s a pretty good reason for that.

Love her or hate her, Charlotte Flair is one of the best wrestlers in the industry. Period. That goes for male and female competitors in any company. She has obviously put in the work and has earned her spot at the top of her division.

Some people still love to hate on her, though. You could speculate that it’s WWE’s fault for booking their division that way, and you’d be right. They are the ones who make the choices. And it’s certainly not the first time that’s happened in the WWE.

Charlotte Flair’s rises up the ranks

Long before she signed with WWE, Charlotte appeared on WCW programming in 2000. That’s where her infamous father, Ric Flair, was working at the time. It wasn’t much but it was enough to give her a taste of what Ric had devoted the majority of his life to.

Years later, she would be in attendance for her father’s retirement match at WrestleMania 24 and the tribute to him the next night on Raw. That experience would play a part in her decision to become a wrestler herself. Four years later she would sign with WWE and start her tenure in NXT.

Alongside Becky Lynch, Bayley, and Sasha Banks, Charlotte Flair rose through the ranks of NXT and made her way to the main roster. They’ve all had some incredible matches with each other as well as the rest of WWE’s well-staffed Women’s Division.

But rising to that level has not come without its fair share of controversy. Or, at the very least, fan complaints of Charlotte being overbooked. Success unfortunately breeds contempt, and Charlotte has had a lot of success. WWE’s booking decisions certainly haven’t helped that.

There have been more than a few occasions when fans were not happy with WWE’s choices in booking Charlotte. It seemed for a time like she was the most protected wrestler in the company, and would win over almost anyone.

At WrestleMania 34, Flair walked in with the SmackDown Women’s Championship. She faced off against Asuka who was in the midst of her massive winning streak. Much to the surprise of fans, Charlotte ended the streak, which sent Asuka into a poorly booked freefall she has only recovered from in the last year.

Others haven’t recovered. A similar situation happened at WrestleMania 36. Charlotte Flair inexplicably defeated Rhea Ripley for the NXT Women’s Championship. It’s been almost a year since then, and Rhea Ripley’s WWE career has been all but in a freefall ever since.

Even more recently, Lana was working an angle with Asuka that saw them partner to chase the Women’s Tag Team Titles. After building some real momentum, Lana was swapped out for Charlotte at the last minute. Asuka and Charlotte are now the champions while Lana hasn’t been seen on TV since.

Charlotte Flair has earned her spot

The impact of those booking decisions has been creating an image of Charlotte Flair as a company favorite being crammed down fan’s throats. And WWE certainly has a history of that. Both John Cena and Roman Reigns were put in positions that fans didn’t want them in, and they stayed there.

But all three of them are talented performers in the ring and on the mic, and have done great work for the company during their respective runs. Not every booking decision was 100% right, but it’s hard to deny that their impact on wrestling was, overall, positive.

Charlotte Flair is one of the top five most talented wrestlers in WWE’s Women’s Division. She is athletic, skilled, and brilliant on the mic. Flair knows how to sell every move, every bump, and every word. There’s no doubt that she’s more than capable of putting on a great match and an even better storyline.

Keeping in mind that her entire career has been spent in the WWE, Charlotte Flair has spent almost ten years building that career. Unfortunately, her last name makes people think she hasn’t put in the work. Nothing could be further from the truth. She is obviously a hard worker.

In reality, both Asuka and Rhea Ripley should have won their respective WrestleMania matches against Charlotte. And Lana earned at least a shot at the Women’s Tag Team Championships. But those bad booking decisions don’t mean that Charlotte hasn’t earned her spot at the top of the company.