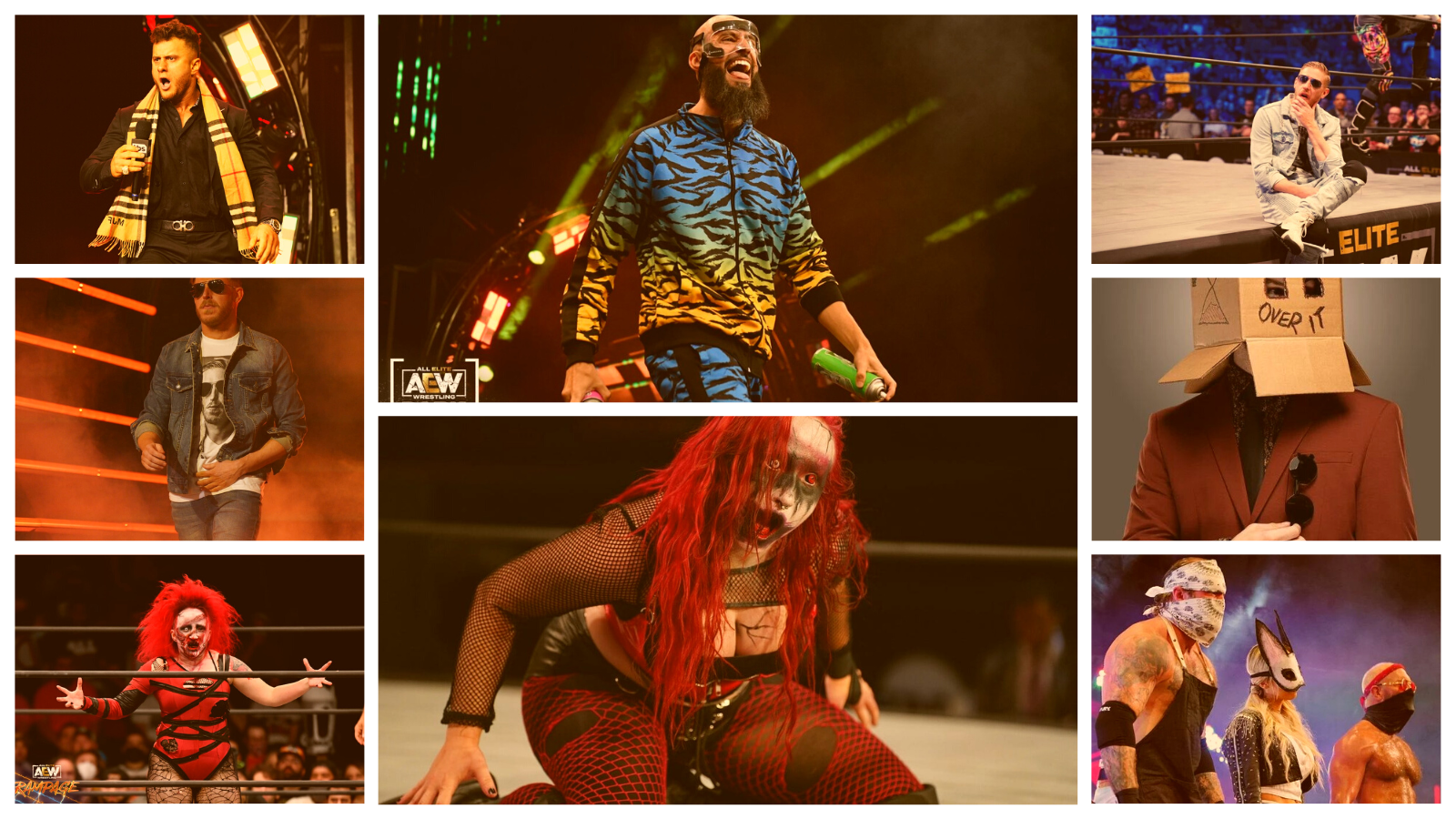 Try one of these AEW Halloween Costumes!

AEW is a wrestling promotion that doesn’t like to draw too much attention to their strengths outside the ring. It’s one of the reasons their fans stay loyal to the weekly shows. But it also means that their atmospherics will almost always be under-appreciated.

One of those atmospherics would be their roster’s entrance costumes. So many of these looks are already iconic in the making, and here are just some of AEW’s most Halloween-friendly outfits.

As one of AEW’s most recognizable characters, with the simplest clothing to already own, Orange Cassidy ticks every box for a good Halloween costume. Sure, the strict costume would require an OC/Best Friends shirt. If you don’t have one but have a regular white t-shirt, there are a hundred ways to extend the basic concept.

You could print your own face on your shirt. As a matter of fact, just draw it with a marker. Draw a thumbs up. Draw whatever. Write whatever, or write the word ‘whatever.’ Pair this with a denim jacket & jeans and sunglasses, then you’re good. Or just don’t dress up, I dunno.

This one’s going to be hit or miss, depending on.

You could have a shiny dress shirt, a shiny suit, a shiny watch, and a shiny ring. And you could have the all-important centerpiece, The Plaid Scarf. Those who know will know.

But does it all fit? I mean, do they fit as Goldilocks fits? (Quick tip: You’ll know they fit if you start breaking your hands many-a-times punching your own reflection.) If they don’t, there’s a bunch of other ideas that are better for you, and you know it.

The Kip Sabian Box Head costume won’t be a reference most people catch, but it’s guaranteed to get you a reaction. And those reactions will make the process of crafting the Box Head worth it.

Take it from me.

Or maybe you want a costume that isn’t so clean and pristine for Halloween. Step right up and be Abadon.

To channel AEW’s ghastly Abi, you will need: (a) black boots/high cut shoes, (b) leather black bottoms, (c) and a red/black top combo. The latter is achievable with leather crop tops, as well as fishnets. You will also need to paint your face like this:

The bright red hair might be the biggest ask, considering the options are to purchase a wig and to dye

The Butcher, The Blade, and The Bunny

Or maybe you want to dress up as a group. In which case, you could go in flashy tassels like the Young Bucks, or in retro jackets and mummified with title belts like FTR.

But think about it. If you dress up as The Butcher, The Blade, and The Bunny; you get to bring a pork chop with you.

So, gather up your friends. Have one wear a monocle and a fake long moustache (they bring the pork chop). Have another wear a black gimp mask, or sunglasses with a bandana over their mouth. And have another wear bunny ears/eyes. Then, tell everyone to grunt and wear black or white.

This Halloween, you could put on a costume, or you can be brave. Track down the tracksuit. Purchase the protective mask. Pack some disinfectant spray or something.

Be bold. Be brave. Be Brandon Cutler.