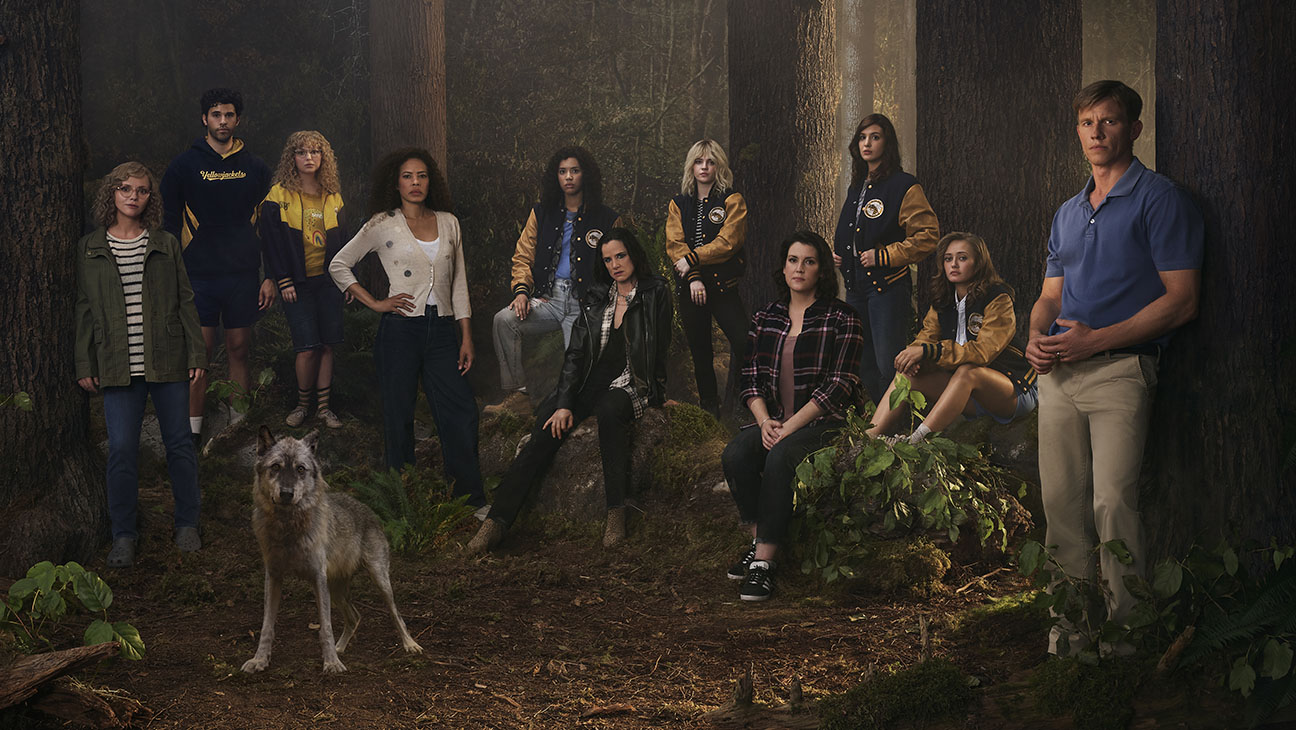 Who Are Alive in Yellowjackets? Theories:

The finale for the first season of Yellowjackets airs on Sunday. The episode will most likely feature a New Jersey high school reunion filled with former Yellowjacket varsity soccer players – if they survived a plane crash and the following 19 months stranded in the wilderness. Viewers have already met a few people who made it out of the woods: Shauna (Melanie Lynskey), Taissa (Tawny Cypress), Natalie (Juliette Lewis), Misty (Christina Ricci), and Travis (Andres Soto). Did anybody else?

The show has hinted at other survivors over the season, and the cannibal scene in episode one suggests that there were at least eight survivors by that point, including Misty. That leaves three others at a minimum. It’s unclear if there are other survivors that the Antler Queen and her followers are hunting down one by one. So, who else is going to show up to this reunion? This show has been so good at balancing mystery, thrill, horror, and drama so it would only be right to have a surprise adult Yellowjacket be introduced at the high school reunion. Below is a list of the most likely culprits.

When Van is attacked by the wolves, it seems like the end for the girl who was left to die by her friends on a burning plane. But no, Van is alive and rocking a few sexy scars. Some of the girls SEW Van’s face back together. Thus, there has never been a better argument for why Home Economics should still be taught in primary schools; kids should know how to sew if there ever stranded in the wilderness.

In 2021, Taissa and Van are not together which could point towards Van being dead. However, they might have gone through a traumatic experience together, but it’s been 25 years. Maybe Van is still alive but they’re not together. Maybe something big happened between the two of them in the woods and they turn into enemies. At this point, it’s doubtful that Taissa would have eaten Van so if she died in the wilderness, it was probably from something else. The first time any of the girls wear masks in 1996 is when Teen Taissa (Jasmin Savoy Brown) makes one for Van for the Doomcoming party so I’m leaning towards it being Van under one of those masks. So, Van is alive, survived the woods, and might show up to the reunion.

Coach Ben is having a tough time out in the woods. Teen Misty (Samantha Hanratty) is going to be the death of him. Literally. It seems highly unlikely that Ben could come out of this whole thing alive. For Ben’s sake, I hope he gets out of the woods and reunites with his boyfriend in Seattle who lovingly and patiently waited for his presumed dead boyfriend.

I don’t think Ben would be a part of the group of survivors hunting and eating the girls though. He probably dies. Maybe he gets eaten. I don’t think we’ll see him at the reunion. If Ben is alive, hopefully, he left New Jersey and never looked back or spoke to any of the girls again.

There are a lot of theories circulating about Javi. A very popular one that hasn’t been disproved even with episode nine’s shocking death is that he might be Adam (Peter Gadiot). Their ages line up, and there are several thematic overlaps for both characters and their interactions with Teen Shauna (Sophie Nelisse) and Adult Shauna. It’s possible, but I don’t think it works purely because of Travis’ death. If Javi is still alive, why didn’t any of the women bring that up when Travis dies?

I think Javi dies in the wilderness, but the group doesn’t eat him. Travis wouldn’t allow that. The little we have seen of Javi makes it obvious that he likes Shauna. Maybe that doesn’t go well for the young kid and somehow leads to his death.

Another theory floating around, and what many say is now confirmed after episode nine, is that Lottie is the Antler Queen. It’s beginning to look more and more like Lottie sees the future, plus she wears the antlers in episode nine. I think Lottie is under the crown or is the one they eat in episode one. Maybe someone else becomes the Antler Queen and encourages the group to eat Lottie because of her seer powers.

If Lottie survives the woods, then how is she handling life back in the real world? Her parents and doctors were treating her for schizophrenia so maybe she went back to taking the drugs. Maybe she’ll show up to the reunion. I don’t think so. I think she dies in the wilderness as the Antler Queen or dinner.

The show wants viewers to believe Jackie is dead. I want her to stay dead, but there are some interesting theories that she’s alive. The girl that’s eaten in episode one is wearing Jackie’s heart necklace, but she has different hair than Jackie. Plus, Jackie has already shown that she shares her necklace with others. My personal theory is that the girls don’t just unwittingly turn on somebody, hunt her down, and eat her. Instead, the group continues to stick together the whole time they’re in the woods, but whenever they get too hungry, they play a game and whoever loses is the one that the others get to eat.

Based on that awful brunch with Jackie’s parents, even if Jackie made it out of the woods, she’s dead in 2021 so she’s not showing up to the reunion.

Mari is good at noticing power voids. She slides right in on Jackie when the opportunity arises to become her new best friend. She also never seems to make any declarative statements and just follows the leader. Viewers haven’t spent much time with Mari so I think we’ll see a lot more of her in season two. I also think she’s either the girl they hunt and eat in the woods in episode one or she’s alive and will be at the reunion.

Like Mari, viewers haven’t spent much time with Akilah. This could be because she’s going to die soon or she’ll up having a bigger role later. Akilah might be one of the girls under the furs in episode one so maybe she survived and will show up to the reunion.

Sunday can’t come soon enough. We might meet another Yellowjacket, get some answers, and find a whole new host of questions arise in the aftermath.