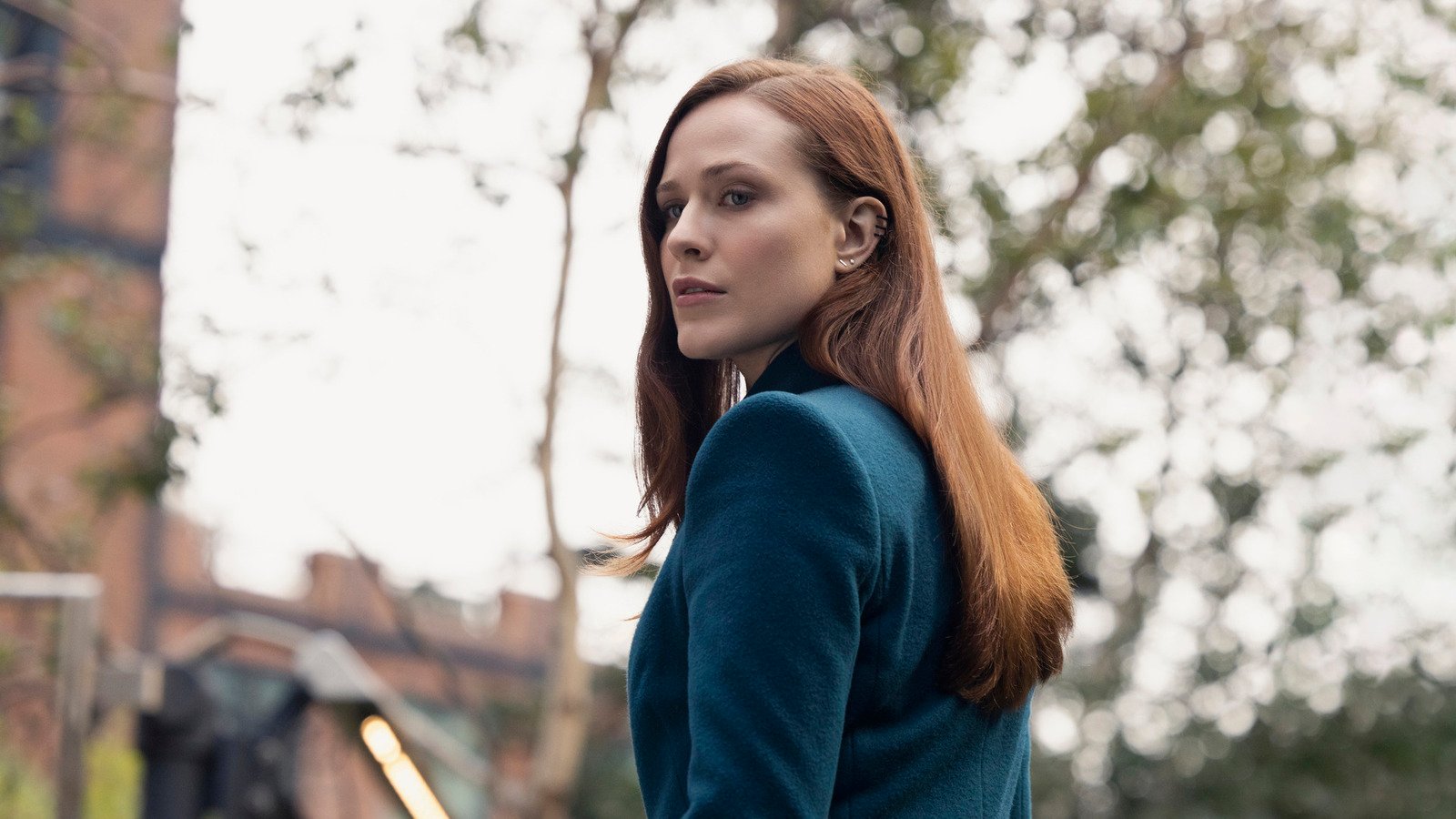 After two seasons of incomprehensible twists and two years off the air, Westworld‘s fourth season premiere feels like a moment out of a time, a return for a series whose cultural and critical cache have collapsed so hard, there are moments in “The Auguries” where it almost feels like the actors are confused to how they can still be on the air. But all narrative loops must close (and in the age of “IP”, repeat forever), and “The Auguries” is no different: when it isn’t explicitly paralleling its pilot episode, it is repeating familiar bits about free will and destiny – which, against the cold post-modern backdrop of its near future, feels a lot duller and one-dimensional than it did within the confines of its artificial Western backdrop.

Picking up eight-ish years after the end of “Crisis Theory”, “The Auguries” resists the urge at every turn to fill in the blanks of that time period, even as characters consider how little the ‘revolution’ of season three caused the world. The rich and powerful walk around with more firepower, and rideshares have taken over society, but otherwise – everything pretty much seems to be the same in the ‘new world’ Maeve was so excited to wax poetic about in the closing moments of season three – to the point that Caleb is back to working the same fucking construction job, except this time he gets to come home to the Put Upon Wife Who Just Wants Her Man to Be Happy (Nozipho McIean, doing the best she can with some awful, trope-ridden material). Maeve is in hiding, and Dolores – well, Dolores is still dead and gone (though we’ll talk about that shortly).

Immediately, “The Auguries” struggles to figure out its rhythm; since it left the walls of the Westworld park, Westworld has struggled to exist in the ‘real’ world, one without the neat boundaries and definitions of its various theme parks. The more room Westworld is afforded its creative exercise on the marriage between free will and violence, the less it seems to have to say about humanity and its plight into robotic destruction; despite having survived a near-societal breakdown, the flat world “The Auguries” places most of its action in fails to give itself shape, despite still being such an important part of the show’s conversation about humanity’s self-determined destiny of self-destruction.

Though “The Auguries” bounces around a bit – leaving the city for a bit to observe Maeve, who has been sitting in a cabin for nearly a decade, just watching the memories of her ‘daughter’ on a loop – it is mostly focused on how its lifeless world has trudged on after Rehoboem’s destruction, and particularly, on a character named Christina (Evan Rachel Wood, without Dolores’ signature blond locks).

Our first introduction to Christina is Westworld offering a limp version of The Matrix Resurrections’ first act, with Christina working as a game designer who is given nakedly authorial monologues from her boss about the stories people want and what makes money (you get the deal; thankfully, this doesn’t drag on for too long in the episode). She just wants to lose herself in a story with a happy ending, and as she tells a date set up for her by her roommate (West Side Story‘s Ariana DeBose), is really passionate about telling the stories of NPC’s in the games she makes.

Which LOL – ok sure, if it felt like Westworld was honestly engaging with its own fourth wall through the lens of its artificially-enhanced characters. But that’s not what this series is (the only whisperings of humor that have survived season one are Maeve’s one-liners and William’s growling insults)… not to mention the fact that I just don’t believe it.

Look, Westworld is never going to be cured of its self-important nonsense; the very lack of resolution around William and Bernard’s fates from the season finale is proof that Westworld has no interest in linear, cogent storytelling. Obfuscation and convolution are this show’s dramatic tools of choice (especially in its post-Anthony Hopkins era), not inquisitiveness through narrative clarity; Westworld wants us to think about how confusing it is, and be marveled at the superficial ideas of identity and choice buried under its unnecessarily intricate, confusing brand of storytelling. A

And that’s why I’m calling bullshit on Christina – and was doing so before the Teddy reveals in the last four seconds. We all know there is some narrative trickery bullshit somewhere deep within this season premiere – I refuse to believe this show learned anything from season three, which is why I’m willing to bet Christina is just Dolores inside another simulation. Maybe she’s the AI writing the stories of characters for the parks? Or inside a simulation trying to extract where Bernard, who holds the key to the Sublime, has gone?

Regardless of the answer, “The Auguries” doesn’t go out of its way to build a whole life for Christina, merely a thin slice filtered through the “day in the life” framing used so eloquently in the show’s first season. Here, it feels like Westworld lumbering through a preamble to a story with no justification; it is a mystery for the sense of mystery, relying on intrigue and awkward references to the past (at one point, Maeve points at one of the bots chasing her to remind the audience that hey, it’s Col. Brigham from season one!) to carry itself through a rather lifeless premiere holding its cards to close to its chest (or, in the case of Caleb’s wife, the dream of an ideal family life unmarred by an unsatisfied husband).

Light on cool reveals – save for the flies thing, which I’ll talk a bit about below – and heavy on empty allusions, Westworld‘s season premiere feels almost like a parody of itself at times, self-serious and allusive in a way that hinders any sense of dramatic propulsion its few exciting, driven moments can be.