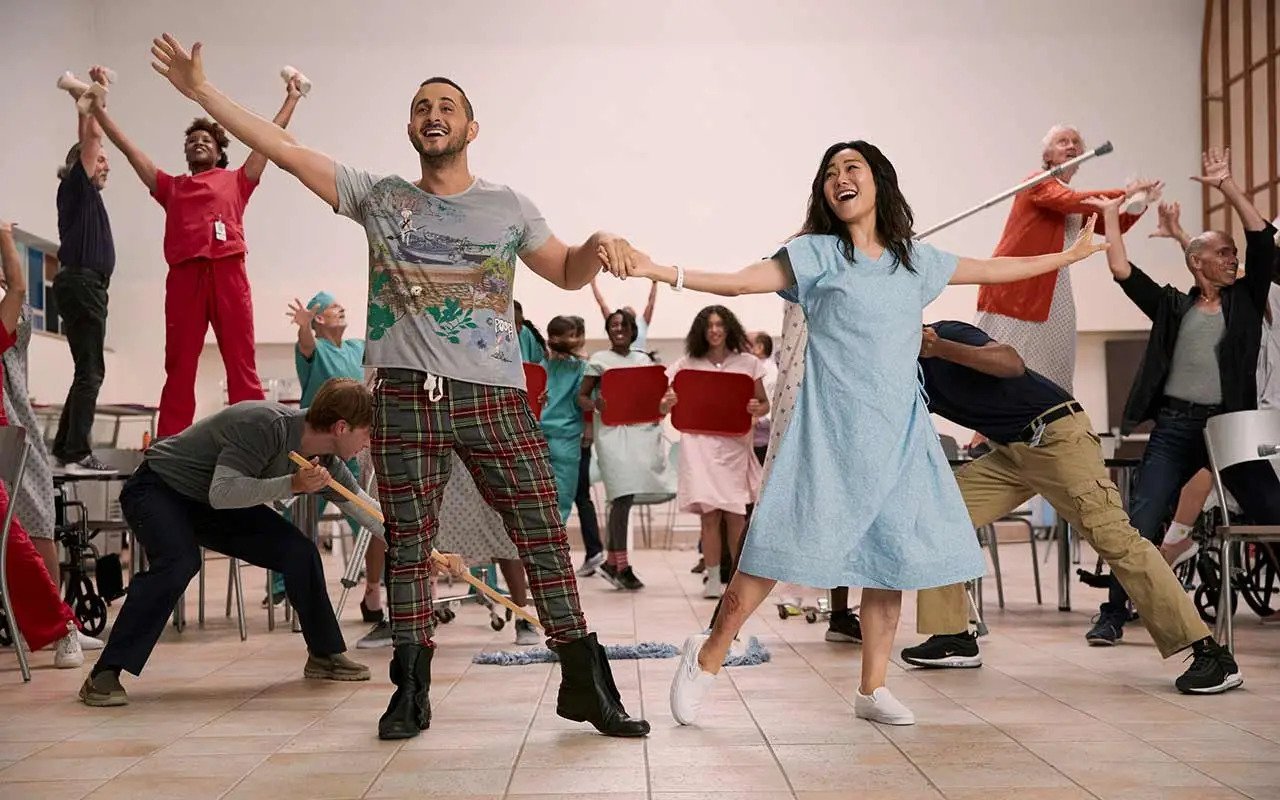 The Boys Season 3, Episode 5 “The Last Time to Look on This World of Lies”

This allows “The Last Time” to pull on a couple important, foundational tensions that have been lost a little bit amongst the noise of season three’s many running plots. The best of these, naturally, stem from the stories of The Boys themselves; be it Frenchie’s forced descent back into his old life or Hughie’s desperation to feel relevant, The Boys makes the old feel new inside the context of Soldier Boy’s reappearance and Homelander’s exponentially unstable mindset. They’re not the only ones, of course – Gloria and Stan’s complex relationship is another great example of this – but for the most part, “The Last Time to Look on This World of Lies” excels as it revisits its past self (spiritually; no time travel/multiverse hijinks here), in a moment that could easily feel like a lot of wasted time deck shuffling.

There are spots of season three that I still wonder how they fit into the larger picture; Mother’s Milk and A-Train’s parallel stories dealing with superhero racism have been interesting, but so far have felt like addendums to an already busy story. While I certainly enjoy how the show adopts various bits of the empty coded language we see across the political spectrum, there are moments – especially with A-Train – where it feels like The Boys is being a Very Online show, which… is not a bad thing, per se, but will all depend on whether this show actually cares about the development for these characters for something other than depicting black pain for the sake of having socially relevant set dressing.

Those hesitations aside, “The Last Time to Look on This World of Lies” is a absolute firecracker of an episode when it hones in on Butcher, Hughie, and Starlight, who’ve all become utterly helpless and desperate in their pursuit of taking down Homelander. If you thought Butcher’s quasi-fatherhood and sexy time with Maeve had softened his black heart, “The Last Time” is here to remind you just how depraved and tunnel visioned he is on his mission.

Yes, William Butcher is a degenerate psychopath, willing to drug Mother’s Milk so he can make a deal with Soldier Boy to take on Homelander (allowing him to kill Crimson Countess in horrific fashion) – but The Boys does a great job making him a shithead you can at least empathize with. Though I laugh every time Karl Urban utters Becca’s name (seriously – his pronunciation of her name is fucking hilarious), the anger he feels over how much superheroes have hurt him and the world, is the kind of kamikaze self-righteousness that makes for compelling television.

How it affects Hughie, however, is what provides the emotional crux; The Boys shows us yet again that the two work best in tandem, letting the show unleash all of its nihilism through their existential push and pull. Over the series, the two have clearly adopted some of the others traits, especially as Hughie’s built a life with Starlight and realized he’s too weak to open a pickle jar by himself. Gloria’s hidden powers have completely unraveled Hughie; he’s right back where he was in the pilot episode, except this time he has a few murders and light experience with temporary genetic mutations under his belt. Now that Hughie’s felt that sense of power and control, he’s started blurring the line Butcher erased from his mind years and years ago; it’s not hard to see the cause and effect between the two building this season in foreboding ways, and it’s made for a more dynamic, rewarding version of their relationship from previous seasons.

Much of the rest of “The Last Time” feels like placeholders for future episodes to pick up on, but they all weave themselves together around the shared fire lit under their collective asses. Ashley nearly breaking on her Homelander-loving tenure as Vought CEO, The Deep gutting Vought’s crime analytics section, A-Train seeing his brother permanently disabled at the hands of Blue Hawk… all of these moments are designed to examine characters at the assumed breaking points of their morality.

Seeing what happens when money, power, and fear do to those emotions is when The Boys‘ satire of modern civilization really gets fascinating, beyond the simple, low-hanging fruit of dissing Marvel films and pointing a finger at society’s faux adoption of progressive capitalism (to which it suggests the only true answer is to get drunk and fuck like Maeve and Butcher, because what the hell else are you going to do).

It all makes for an hour of television that could feel perfunctory on a lesser series; but The Boys has really come into its own in season three, with a tonal consistency previous seasons dearly lacked in key moments. Though it remains whether the show will be able to land any of its climactic moments with the same kind of impact, The Boys is definitely not just thinking bigger and louder in season three; the result has been a more thoughtfully crafted, creatively rewarding series, without sacrificing the acerbic, outlandish qualities that earned its reputation on a TV landscape. Any show can pull off a big moment; the series that learn how to build effectively between those showier moments is what separates a good series and a great one – to see that growth in The Boys is exciting.