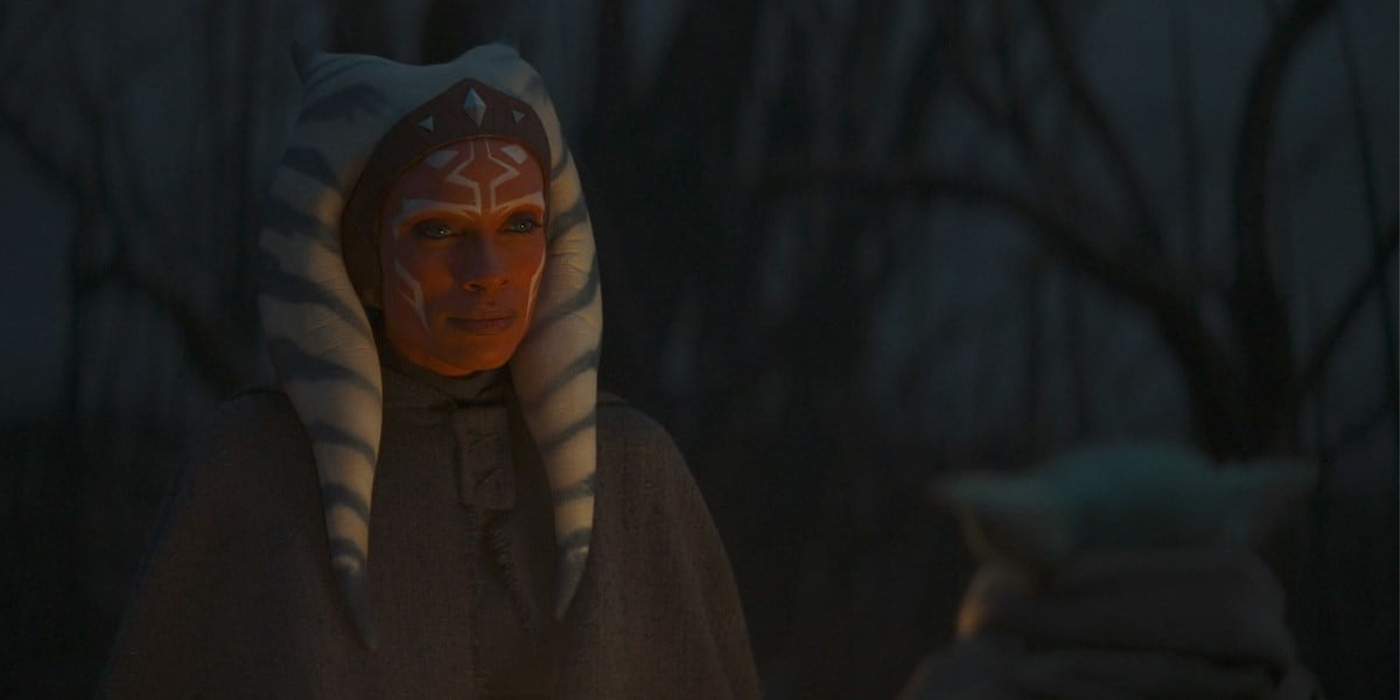 The Jedi in the title of the 13th episode of The Mandalorian was always going to be Ahsoka Tano. The second that title card hit, it was obvious. And no one watching would have been complaining at all. This was the moment fans have been waiting for.

Much like the “The Heiress” and “The Siege,” there was a lot of story building in “The Jedi.” It was also filled with a couple of big twists that no one saw coming. The second season is building towards the finale, and big things could be on the way.

Knowing that spinoffs featuring Cara Dune, Bo-Katan Kryze and Ashoka Tano are coming kind of telegraphs the nature of some of these episodes as backdoor pilots. Who cares? It’s making for great TV and excellent world-building.

The Jedi Arrives (No Spoilers)

It was all but confirmed that Rosario Dawson would be playing Ahsoka Tano in her live-action debut in Season 2 of The Mandalorian prior to launch. “The Heiress” set the appointment between her and Din Djarin after he met Bo-Katan, another live-action debut.

Ahsoka’s first appearance as a non-animated character did not disappoint. She was the perfect version of the fan-favorite character, one that had become older, wiser and just a touch more cynical over the years.

It’s also worth noting that Ahsoka’s fighting style has changed. Less brash than her Clone Wars days, she is now all about the conservation of movement. She let her opponent’s emotions get the better of them, then struck. It was quite impressive.

Hopefully, this isn’t the last fans see of Ahsoka on The Mandalorian. She and Djarin made a good team, which isn’t surprising given Ahsoka’s history with Mandalorian warriors. It’s quite likely that he will need her help in the not-to-distant future.

While a few blanks were filled in, not a lot was said about what she’s been up to since the defeat of the Empire. The last time fans saw her, she was off looking for Ezra Bridger alongside Sabine Wren. But a clue was dropped in regards to how that turned out.

When most people think of Star Wars villains, their minds often go straight to Darth Vader or the Emperor, and rightfully so. But there’s another name that stands out. He was part of the pre-Disney Expanded Universe but made his return in Rebels. In the end of that series, he disappeared alongside Ezra.

His name is Grand Admiral Thrawn and it looks like he’s back. Ahsoka is on Corvus, hunting leads in regards to his whereabouts. She mentions him by name, leaving the distinct impression that he is still out there and is still quite pro-Empire.

There’s a lot to unpack in this revelation. If Thrawn is alive and well, that could mean that Ezra is also out there. While he may never appear on The Mandalorian, this is all possibly building up Ahsoka Tano’s solo series. The focus could be hunting for Thrawn and completing her mission to find Ezra.

Tython and the Jedi (No Spoilers)

After assisting Ahsoka with her mission, she gave Djarin the location for the next leg of his journey. He and The Child are now on their way to the planet Tython, a world key to the history of the Jedi.

Steeped in Jedi lore, many members of the Order believed it to be the site of the first Temple. That being said, there are arguments for other planets to hold that honor. At the very least, it’s one of the oldest Jedi Temples around. It’s also a good place to take a foundling Jedi.

Tython has actually popped up before, specifically when Doctor Aphra was trying to throw Darth Vader off the scent of the Rebellion during the Galactic Civil War. As an aside, Doctor Aphra is another character who needs a live-action debut.

The essential plan is to take The Child there and hope a full-fledged Jedi notices him. That being said, there is always a Sith or two floating around the galaxy. There’s always a chance he could catch the wrong kind of attention. At the very least, a real connection between The Child and Darth Vader, who was born in the same year, may soon be explored.

The Child Has a Name (Spoilers)

While Ahsoka did not feel she was the right person to train The Child, she did commune with him through the Force. There are still a lot of questions that need to be looked into, but Djarin finally got some real answers about his companion.

His name is actually Grogu. Prior to the fall of the Jedi Order, he was being trained at the main Temple on Coruscant. But the end of the Clone Wars saw the powerful youngling hidden from the Empire.

What happened after that and how Grogu ended up in the hands of Nikto mercenaries on Arvala-7 was not discussed. There’s still a long gap in The Child’s history that will need to be explored as through the second and upcoming third seasons.

7 of the Best Thanksgiving TV Specials to Watch This Year