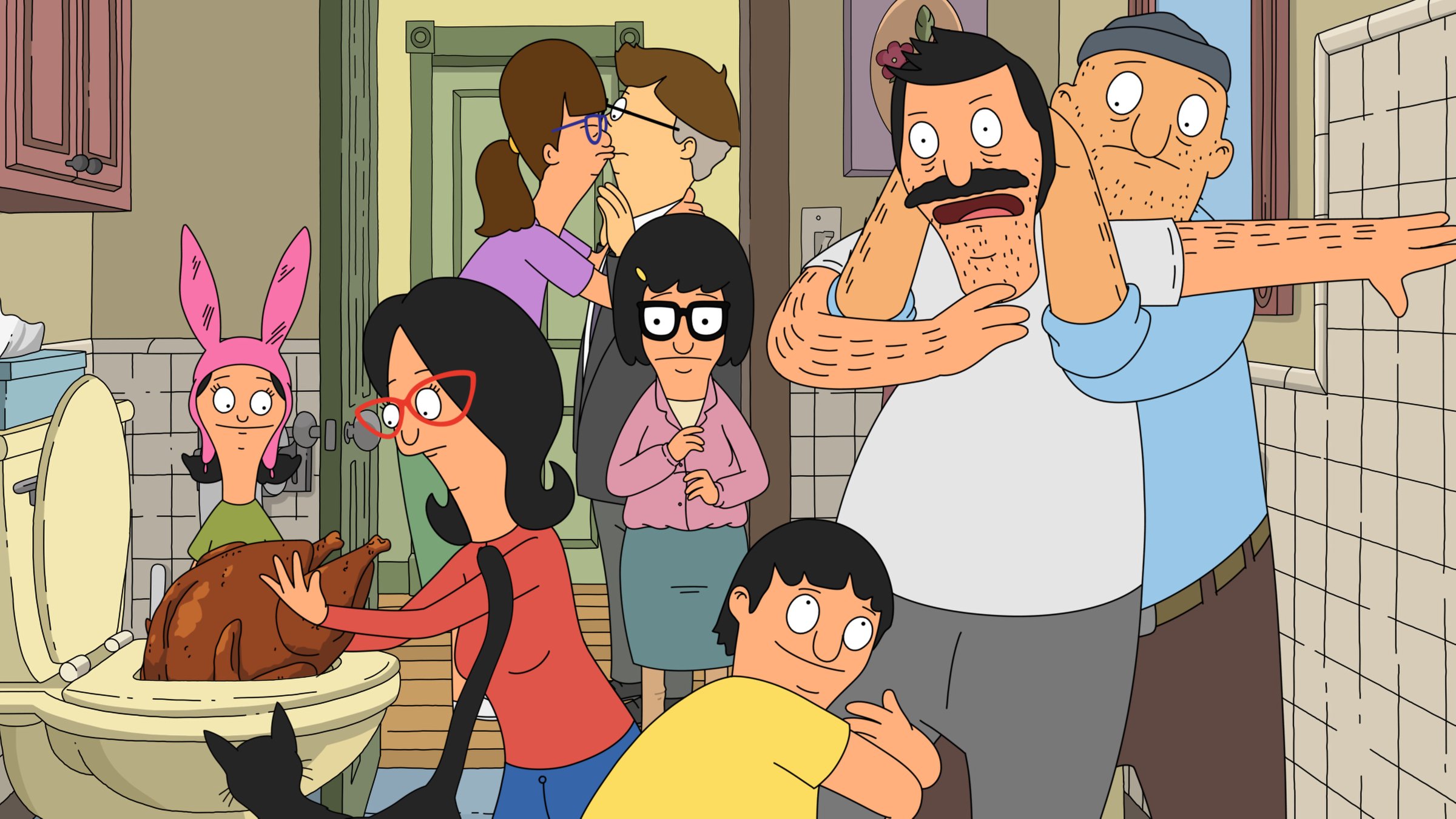 Thanksgiving is the time of year where people eat good food with good people and look back on all the reasons they have to be grateful. This year, unfortunately, is going to be different for a lot of people. With the pandemic still raging on, more people will be spending this holiday away from the people they love the most. Although some aspects of this year’s celebrations will be different, others—like which TV specials to watch—can thankfully stay the same.

So if you’re self-isolating this year, or have the good fortune of being holed up with other people but need something good to watch, be sure to check out one of our favourite Thanksgiving TV specials.

Although most people view Thanksgiving as a time to look back and reflect on the year and our personal histories, this episode of Bewitched asks the question, “why look back when you can travel back in time?” In this episode, the Stephen’s family is sent back in time to the first Thanksgiving at Plymouth, Massachewsits, where Darin (Dick York) is accused of being a warlock. Although this doesn’t sound hilarious on its own, it gets funnier when you realize he’s basically the only mortal to have been sent back with the gaggle of witches.

While the show might be about nothing, this Thanksgiving special is about, well, lots of things all at once. The narrative has three main focuses, each more ridiculous than the next. First, Jerry (Jerry Seinfeld) has his shoes stolen when Kramer (Michael Richards) gives them a mom-and-pop store which promptly goes out of business. Meanwhile, George (Jason Alexander) is conned into buying a car he thinks was owned by Jon Voight, but was really owned by John Voight. And then Elaine (Julia Louis-Dreyfus) wins her boss a place to hold the Woody Woodpecker float during the Thanksgiving parade but accidentally knocks a miniature Empire State Building statue out of a window, which punctures and deflates the Woody Woodpecker balloon below. The episode even features an appearance by Bryan Cranston, who plays Seinfeld’s dentist Tim Whatley.

Friends, “The One with All the Thanksgivings” (S5E8)

This episode of Friends kicks off with Ross (David Schwimmer) complaining about his divorce and quickly turns into the whole group commiserating about their worst Thanksgivings. Throughout the episode, it’s revealed that Monica (Courteney Cox) accidentally cut off Chandler’s (Matthew Perry) toe while trying to get revenge for him calling her fat the year before. Angry at this revelation, Chandler storms off, but Monica cheers him up by putting a turkey on her head and dancing at his door. He tells her that he loves her for the first time, and all is well in the Friends universe once more. Full disclosure, while this episode is often lauded as a holiday favourite, its portrayal of fat bodies and weight loss is highly problematic.

This Thanksgiving special follows the gang of How I Met Your Mother through Marshall (Jason Segel) and Lily’s (Alyson Hannigan) first Thanksgiving as a married couple. Throughout the evening, Lily keeps needing help from Marshall, but he’s too preoccupied taunting Barney (Neil Patrick Harris) that his third slap is going to be delivered at the end of the night. Lily ends up cancelling the slap to get Marshall to help her, and eventually allows Marshall to slap Barney when his gloating about her earlier ruling becomes too much. It’s a fun episode that explores what it means to continue a friendship after being romantically involved, the significance of tradition, and the original song Marshall sings (aptly entitled “You Just Got Slapped”) is an absolute slapper.

Tonally, this episode of Buffy the Vampire Slayer all over the place as it tries to give audiences a fresh take on Thanksgiving dinner and historical discourse on the holiday. The episode follows the journey of the Scooby gang as they face off against the spirits of Chumash warriors, who were awakened and freed during the construction of the Sunnydale Cultural Center, and who are subjecting the modern-day people of Sunnydale to the horrors that were done to their people. Meanwhile, Buffy (Sarah Michelle Gellar) is trying to cook supper on her own, not get killed, and deal with an annoying—albeit hilarious—Spike (James Marsters).

Bob’s Burgers is one of the best shows of the decade and a show arguably well known for their Thanksgiving specials, thanks to Bob’s (H. Jon Benjamin) obsession with cooking the perfect turkey every year. Although there are a few great episodes—including one with turkeys on the loose—this one is especially Bi-conic. The episode involves Bob trying to make a turkey for his family, but repeatedly finding the birds in the toilet. He’s repeatedly forced to visit the butcher, who keeps thinking the real reason Bob is there is to visit him. When the butcher finally asks Bob on a date, Bob admits that he’s “straight… well mostly straight.” Eventually, we discover that Bob’s allergy medication is causing him to sleepwalk, and he’s been trying to potty train the turkeys during the night (causing them to fall into the toilet) and imagining them as Tina (Dan Mintz) when she was an infant because of his anxiety about her growing up so fast.

Okay, we know, first, we put a made-for-TV movie on our Halloween list, and now we’re putting one on our Thanksgiving list. What next? Our Christmas list? (Probably.) But let’s be honest, this is probably one of the cutest Peanuts films around, and it’s made for television audiences, so we’re counting it. The film follows Charlie Brown (Todd Barbee) as he tries to make a Thanksgiving meal for his friends so that Peppermint Patty (Christopher DeFaria) doesn’t have to spend the holiday alone. Unfortunately, when she sees the menu—consisting mostly of candy and toast—she yells at him. Eventually, she apologizes, realizing how much of an effort he made just for her, and the gang is rewarded for their efforts when Charlie Brown’s grandmother invites them all over for dinner at her place. Hooray!

the Mandalorian: “Chapter 13: The Jedi” — Upping the Ante

30 years ago, The Muppets Celebrate Jim Henson was an existential tearjerker