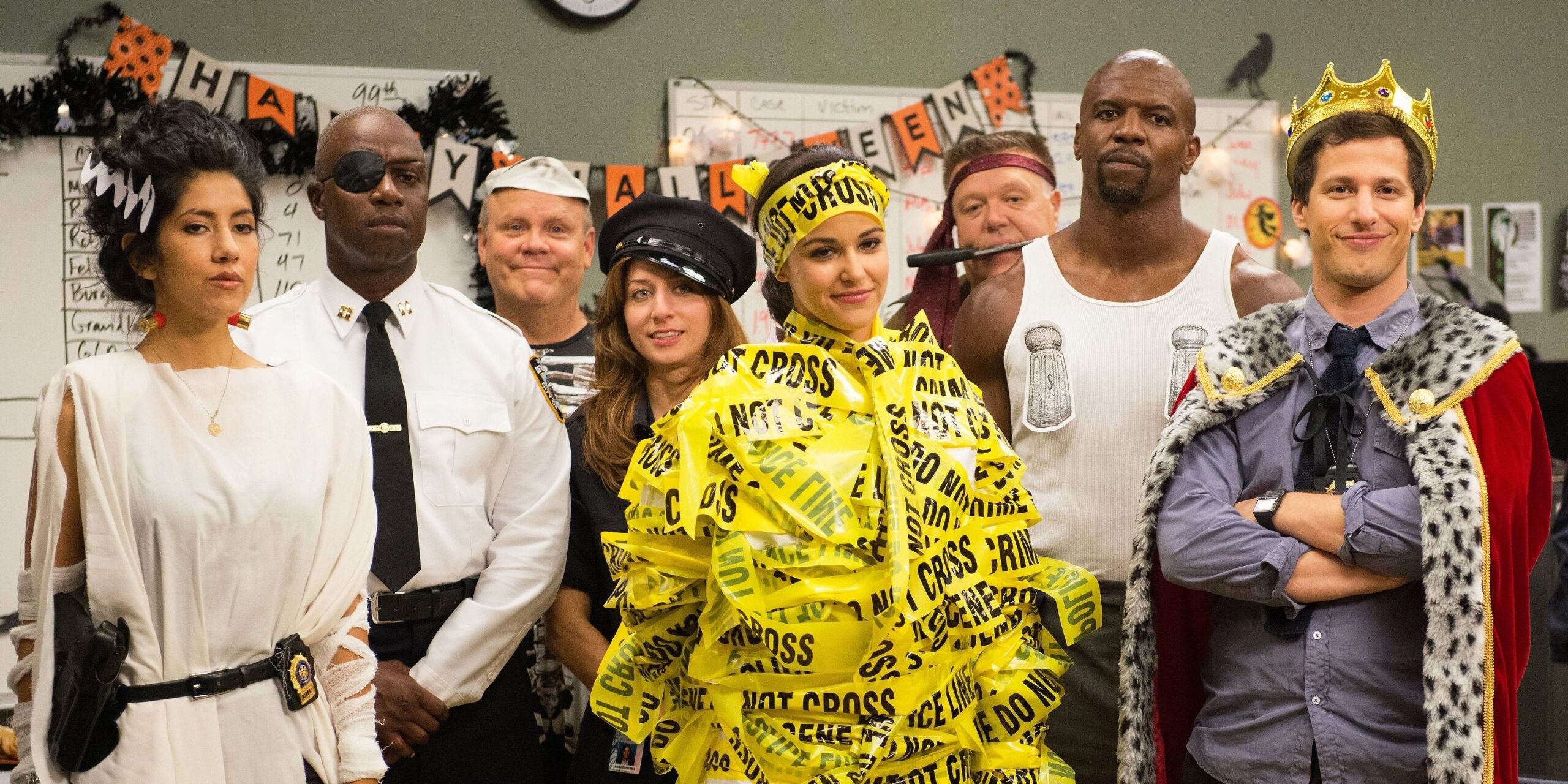 With the spooky season nearly at an end and few new horror releases in theatres this year, now’s a perfect chance to curl up on the sofa and binge watch some spooky TV. Although you might not have the stamina to sit through a full show (or two) in search of the best Halloween episodes, we’ve put together this handy list of the best TV specials the scariest season of the year has to offer.

We know, we know. Technically, It’s the Great Pumpkin, Charlie Brown is an animated made-for-TV movie based on the famous comic strip Peanuts. But seeing as the movie only has a running time of 25 minutes, we’re going to make an exception and keep this iconic Halloween special on our list. The special follows the children as they prepare for the night’s festivities. While Charlie Brown (Peter Robbins) and his friends are invited to a Halloween party, Linus (Christopher Shea) is convinced that the Great Pumpkin will rise from the pumpkin patch to deliver toys to children who believe in him. Unfortunately for the gang, the party turns out to be a ruse to use Charlie’s head as a template to design jack-o-lanterns, the Great Pumpkin never shows, and everyone seems to go home angry. It’s a seasonal favourite and, this year, it’s available to stream for free on AppleTV.

This heist series, which first kicked off in the episode “Halloween” (S1E6), has become a staple of Brooklyn Nine-Nine. It spans across all seven seasons, normally takes place on Halloween (except for season six’s “Cinco de Mayo” episode, and season seven’s “Valloweaster” which takes place over Halloween, Valentine’s Day, and Easter). The premise is fairly simple, with Detective Jake Peralta (Andy Samberg) facing off against his colleagues as they compete to steal an object that’s been placed in a secure location to be named the precinct’s most “amazing detective slash genius.”

One of the best running gags on Joss Whedon’s hit show Buffy the Vampire Slayer was the joke that monsters generally took Halloween off to avoid the human cliche that the holiday was a popular one for supernatural beings. Despite this accepted truth, the Scooby Gang—aka. Buffy (Sarah Michelle Gellar) and her friends—always managed to find some kind of trouble on Halloween throughout the series. And while there are a few episodes which deal with paranormal Halloween hijinks, the two best episodes are easily season two’s “Halloween” and season four’s “Fear, Itself.” In the first, Buffy and the rest of the town find themselves having been turned into their costumes (meaning the Slayer has been made a brainless noblewoman who’s terrified of her own shadow). In the second, Buffy and co. find themselves in a haunted house that isolates them from each other and pits each of them against their worst fears. Both episodes are unsettling without being too scary and have surprisingly satisfying (if not outright funny) endings.

The premise of this episode of The Office is simple enough: the Dunder Mifflin/Sabre branch is having their yearly Halloween costume contest, and everyone is in it to win it… except for maybe Oscar (Oscar Nunez). Despite the branch’s best accountant trying to explain to them that this year’s prize, a coupon book allegedly worth over $15,000 in savings, isn’t worth $15,000, the office is hellbent on showing off their best costumes to win the prize. In what can only be deemed an Office-worth twist, Oscar ends up walking away with the coupon book when everyone casts their vote for him to win (thinking nobody else would throw away their vote on his “rational consumer” costume).

Although Community‘s production will always be infamous to audiences (with actor feuds and the show creator being fired after the show’s third season, its second season will always be the highlight of the series thanks to its string of strong episodes, including “Epidemiology.” This Halloween gem follows a study group at Greendale Community College as they indulge in some festive celebrations. Unfortunately for them, Dean Pelton (Jim Rash) decided to buy discount army surplus taco meat for the event and has accidentally turned everyone at the party into zombies. The episode then revolves around members of the group being bitten, becoming monsters, and turning on their friends. It ends with football star Troy (Donald Glover) saving them all and going home with his best friend to watch movies.

One of the best episodes of That ’70s Show, season three’s “Too Old to Trick or Treat, Too Young to Die” is a spooky tribute to all things Alfred Hitchcock. Fez (Wilmer Valderrama) is wheelchair-bound and trying to discover why the neighbour has mysteriously disappeared (a la 1954’s Rear Window), Eric (Topher Grace) deals with Vertigo, Kitty (Debra Jo Rupp) lives a real-life horror akin to The Birds, and Laurie (Lisa Robin Kelley) reenacts a scene in Psycho with Kelso (Ashton Kutcher). Although it is a great episode, we would be remiss not to mention that there’s much of this show that has aged poorly, as well as the horrific news surrounding Danny Masterson’s rape allegations.

While you might think having an episode of SpongeBob SquarePants on this list is some kind of a joke, we’re dead serious. “Scaredy Pants” is arguably one of the funniest episodes of the show and one of the best Halloween episodes of TV around. The episode (well, the first half of it, anyway) focuses on SpongeBob (Tom Kenny) as he’s told about the legend of the Flying Dutchman, a spectre that steals people’s souls on Halloween. In an attempt to stop being scared all the time, SpongeBob has Patrick (Bill Fagerbakke) shave his square head round and together they get into costume to scare the residents of the town. They eventually try to spook everyone at the Krusty Krab during its Halloween party but are surprised when the real Flying Dutchman (Brian Doyle-Murray) shows up and threatens to steal everyone’s soul because of SpongeBob’s costume. To everyone’s horror, once SpongeBob has removed his getup, they realize Patrick shaved off the back of his head, exposing his brain, and everyone—Dutchman included—run from him. It’s a ridiculous episode that’s arguably the best of the show’s debut season.

A two-part episode, this American Horror Story gem follows several of the murder house’s residents on Halloween, which is traditionally the only time a ghost can travel off the property that they’re tethered to (aka. ghosts can leave the homes they haunt). These episodes explore the tenuous relationship between former owners and boyfriends Chad (Zachary Quinto) and Patrick (Teddy Sears), follows the death of Adelaide “Addy” Langdon (Jamie Brewer), and finally shows audiences the horrors committed by Tate Langdon (Evan Peters) during the Westfield High Massacre. These episodes are some of the show’s most unsettling, as they explore the trauma of the ghosts both trapped in the house as well as the ghosts who are a result of the house.

Although arguably, Supernatural jumped the shark with the introduction of biblical figures, we have to admit that the show’ earlier work was, at the very least, fun to watch. Season four’s “It’s the Great Pumpkin, Sam Winchester” is no exception. The episode follows Sam (Jared Padalecki) and Dean (Jensen Ackles) as they investigate the mysterious, Halloween-inspired deaths leading up the 31st itself. While there, they learn that it’s all part of a ritual to raise Samhain—a demon, not the beloved holiday—to help eventually resurrect Lucifer. It’s a convoluted episode, truth be told, but it’s a fun episode to revisit now that Supernatural is in its final season (with the finale set to air at the end of November).

Did you really think anything else could take the top spot for Halloween TV specials? This iconic Treehouse of Horror Simpsons series first kicked off in the show’s second season along with a disclaimer that the episode might be too spooky for kids. Inspired by horror comics, the episode acts as a portmanteau horror collection as the three Simpson’s kids recount scary stories for each other in their backyard treehouse. This Treehouse episode in particular has one of the most iconic scenes in the show: Lisa (Yeardley Smith) reading Edgar Allan Poe’s “The Raven” while Homer (Dan Castellaneta) and Bart (Nancy Cartwright) act it out. The episode ends on an especially funny note, with all three of the children going to bed peacefully, while Homer lies awake after having heard their unsettling stories as Marge (Julie Kavner) tries to reassure him they were just stories.

9 of the Best Horror TV Shows on Netflix