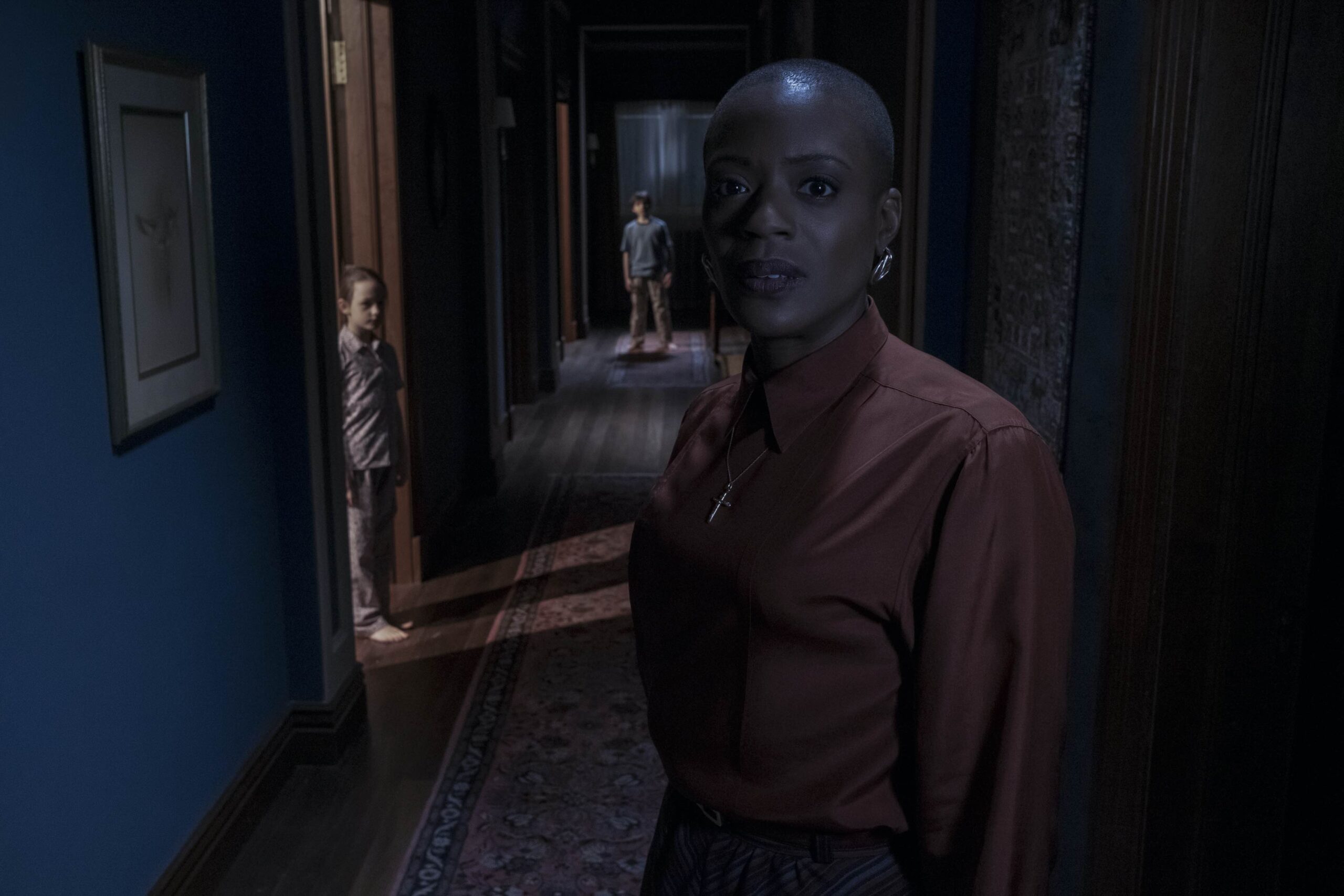 Spoilers below! Proceed with caution. For a spoiler-free review, click here.

If you’re looking for something to binge-watch now that the cold weather is finally here, but you’ve already seen The Haunting of Hill House back-to-back since its release in 2018, then you’re in luck. Mike Flanagan’s follow-up series, The Haunting of Bly Manor, is finally available on Netflix. Unlike The Haunting of Hill House, which was based on Shirley Jackon’s novel by the same name, this series is based on The Turn of the Screw by Henry James. While there’s an overlap in casting and set design between the two shows, their stories aren’t connected (so if you’ve been waiting to see what else happens to the Crain family, you’re going to be waiting for a while).

The Haunting of Bly Manor follows the story of Dani Clayton (Victoria Pedretti), an American au pair looking to start fresh in a town as far away from her old one as possible. Haunted by the ghost of her former best friend and ex-fiance, Edmund (Roby Attal), she applies for a position at Bly Manor. Despite an uncomfortable interview with the alcoholic Henry Wingrave (Henry Thomas), who’s been left in charge of Miles (Benjamin Evan Ainsworth) and Flora (Amelie Bea Smith) following the death of their parents, Dani manages to get the job at the estate, which is located in the idyllic British countryside. There she meets cook Owen (Rahul Kohli), gardener and soon-to-be love interest Jamie (Amelia Eve), and housekeeper Hannah (T’Nia Miller). She also meets the ghosts of the previous au pair, Miss Jessel (Tahirah Sharif), Henry’s former assistant, Peter Quint (Oliver Jackson-Cohen), and the murderous Lady of the Lake (Kate Siegel).

It’s Not Quite Horror

Whereas The Haunting of Hill House is very much intended to be a horror story, The Haunting of Bly Manor is, at its heart, a tale of tragic romance. Although the show sets this up in the first episode, which opens on the rehearsal dinner for a wedding party, it takes a few episodes to get into this groove thanks to the score (reused from Hill House) and the uneasy atmosphere the show initially builds. But once it finds its footing the story becomes an incredible exploration of love, trauma, and letting go. Dani’s character is forced to reconcile the past loss of her fiance with her present desire for Jamie by literally letting the ghost of her previous lover go. Miss Jessel is forced to ask herself if her true love with Peter Quint was worth her life. Hannah, a devout Christian, watches as her marriage falls apart and learns to love again, only to be killed before she and Owen can have their happily-ever-after (which the two of them so desperately deserve). We see Owen coming to terms with the death of his mother, who tells us that she was lost to dementia long before she passed away. We watch Viola, aka. the Lady of the Lake, fall in love with her husband and have a child, only to lose them as she falls ill and grows angry. Miles and Viola, the children of Bly Manor, endure the loss of their parents, experience abandonment by their uncle, but learn what it means to lose themselves.

Regret is also beautifully personified throughout The Haunting of Bly Manor. Dani’s dead fiance is only shown in reflective surfaces, appearing only as a shadow with brightly lit glasses (which we eventually learn are the headlights of the truck that killed him). Henry is cursed with a doppelganger only he can see, that smiles and taunts him and causes him to drink.

Some Episodes Are Better Than Others

Although the show is great, there are some episodes which are stronger than others. Episode five, which explores the life and death of Hannah Grose, is arguably the season’s most powerful episode. We follow her as she relives moments in her life over and over again, experiencing time in a similar way to how Nell (aka. the Bent-Neck Lady) in The Haunting of Hill House describes the passage of time to the death. Miller’s performance is powerful, full of vulnerability, and will break your heart. Allowing us to experience her death alongside her is a brilliant narrative choice, and the episode is sure to be a fan-favourite.

On the other hand, episode 8, which explores the life and death of Viola and how she became the Lade of the Lake, falls a little flat. While it’s great to explore the history of the manor and see her character’s evolution into the creature it is by the end of the series, it interrupts the narrative flow in a way that doesn’t feel cohesive with the rest of the story. While filming it in black and white was an aesthetically lovely choice, especially in contrast to the soft and vibrant colouring of the rest of the episodes, the episode feels out of place so late in the season. Arguably, had we seen her story spaced out and worked into the rest of the show, it might have had the emotional impact Flanagan was hoping it would have.

Although The Haunting of Bly Manor might not scare you quite as much as its sister-show, it’s still an absolute work of art. With killer performances, a set that’s familiar but no less breathtaking, and a story that will break your heart, this Netflix original series is perfectly splendid.

Ranking Every Episode of The Legend of Korra Season Three