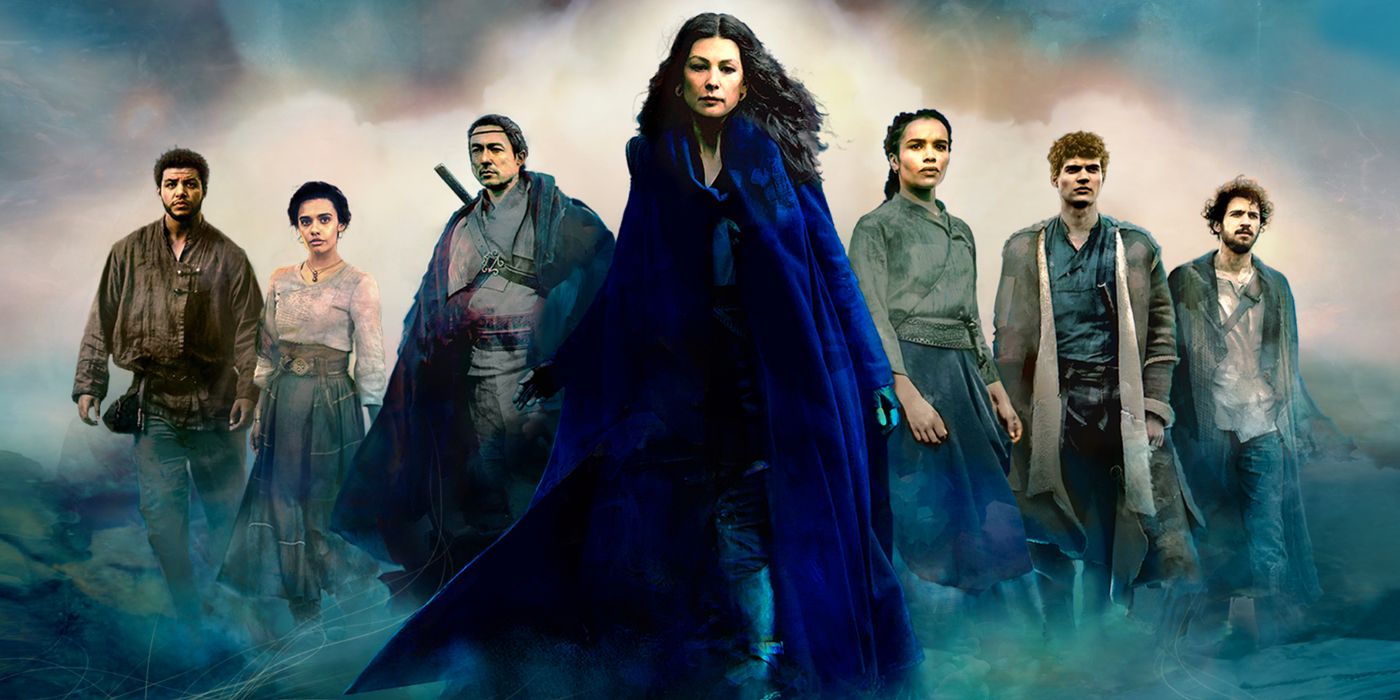 If you’re a fan of epic fantasy then there’s a good chance that you’ve at least heard of, if not devoured, the series The Wheel of Time. This best-selling book series, written by Robert Jordan for the first eleven books and then Brandon Sanderson for the final three novels following Jordan’s passing, chronicles the epic saga of good (the Light) defeating evil (the Shadow) in a world teeming with rich characters, cultures, and problems. It’s one of the most beloved high fantasy series and was even nominated for a Hugo Award in 2014 upon publication of the final novel.

The books were popular enough to catch the eye of producers and the series was originally optioned for development in 2000 by NBC but when nothing ever came of it, the rights were then sold to Red Eagle Entertainment in 2004. From there, the project stayed in development limbo until 2015, when Red Eagle Entertainment had a roughly 20-minute pilot developed and broadcast on FXX as a proof-of-concept for the series so they could retain the rights to the books. The pilot—which was called Winter Dragon and not The Wheel of Time—was, well, not great. And that’s being generous.

So when it was finally announced in 2017 that The Wheel of Time was officially going to be produced for television, fans were understandably nervous. Thankfully, their concerns were (mostly) unfounded.

The Wheel of Time, a production of Sony Pictures Television and Amazon Studios, recently debuted its first three episodes which are available exclusively on Amazon Prime, and are set to release an episode every Friday between now and December 24th. And while the show isn’t perfect, it’s pretty darn good.

The Premise of “Leavetaking”

Episode 1, “Leavetaking,” is our first glance into the world of The Wheel of Time. It opens with women on horseback chasing down a man on foot as they tell him why men are unable to wield the One Power (aka. magic). We then pan up the side of a mountain to Moiraine Damodred (Rosamund Pike), a sister of the Aes Sedai who can wield the One Power, and Lan Mandragoran (Daniel Henney), her Warder who’s tasked with protecting her at all costs. They agree that they need to search further for the Dragon reborn; the reincarnation of the Dragon who once helped defeat the Dark One and is prophecized to defeat that all-consuming evil again. It’s a great opening that pulls you into the lore of this universe. It leaves you horrified and fascinated and gives you a taste of what the rest of the show is going to be like.

Their quest leads Moiraine and Lan to the small village of Two Rivers where we’re introduced to Nynaeve (Zoë Robins), the town’s Wisdom who can help with healings and watches over the sacred pools, and who distrusts the women of the Aes Sedai after her mentor was turned away from the White Tower—where all the witches are trained—after she came to them needing their help.

We also meet our four central characters. The first is Egwene (Madeleine Madden), who’s studying to be a Wisdom under the guidance of Nynaeve and is learning to listen to the wind. She’s also the partner of our second protagonist, Rand (Josha Stradowski), who lives alone with his father and wants to one day settle down with Egwene, which will be impossible if she chooses to pursue her training as a Wisdom (which she does). We then meet Perrin (Marcus Rutherford), who’s in love with the blacksmith Laila (Helena Westerman), and Mat (Barney Harris), who provides for and protects his two young sisters who are otherwise neglected by their parents.

Moiraine is convinced that one of these four adults is the reincarnation of the Dragon, but she’s unsure which one of them it is. Unfortunately for them, Trollocs (this universe’s version of an Orc) halt her search and attack the village, killing dozens of their friends and countrymen in their wake. In the skirmish, Rand’s father is badly wounded and Perrin accidentally kills his lover, Laila, during a fight with a Trolloc. Nynaeve is also kidnapped and Mat is forced to rescue his sisters during the battle after their parents abandon them to seek safety for themselves.

During this battle, we also witness the true power of Moiraine as an Aes Sedai and Lan’s combat prowess. The battle is surprisingly fun, with viewers getting to see not only the extent of the Aes Sedai’s magic and the savagery of the Trolloc army but the cleverness and resilience of The Wheel of Time‘s cast of characters. After the battle ends, Moiraine tells the group that one of them is the reincarnation of the Dragon—an idea none of them can wrap their heads around—and that they must leave immediately to protect their town. She points to the mountains far away in the distance, where a massive Trolloc army has gathered and tells them it’s the only way to lure the monsters away from their loved ones. The episode ends with Moiraine, Lan, Egwene, Rand, Perrin, and Mat setting off for the White Tower and lands unknown on horseback.

Is The Wheel of Time Worth Watching?

“Leavetaking” is a solid first episode of a series that promises to be full of magic, bloodshed, and adventure. The costumes are beautiful and cleverly designed, the cultures and lore in the universe are vast and diverse, and while the stakes haven’t been fully established for our heroes there’s still a gravity to their situation and tangible consequences for the four young villagers who’ve been thrust unwillingly into this grand quest. The Trolloc army is ruthless and genuinely terrifying (even if the special effects aren’t always perfect), and it’s great to see a show about magic not treat the One Power as an easy way out of conflict or a fast solution to everyone’s problems.

Ultimately, if you’re a fan of high fantasy, the original books by Jordan and Sanderson, or are looking for a fun show to get you through these long winter months, then be sure to check out The Wheel of Time streaming exclusively on Amazon Prime.