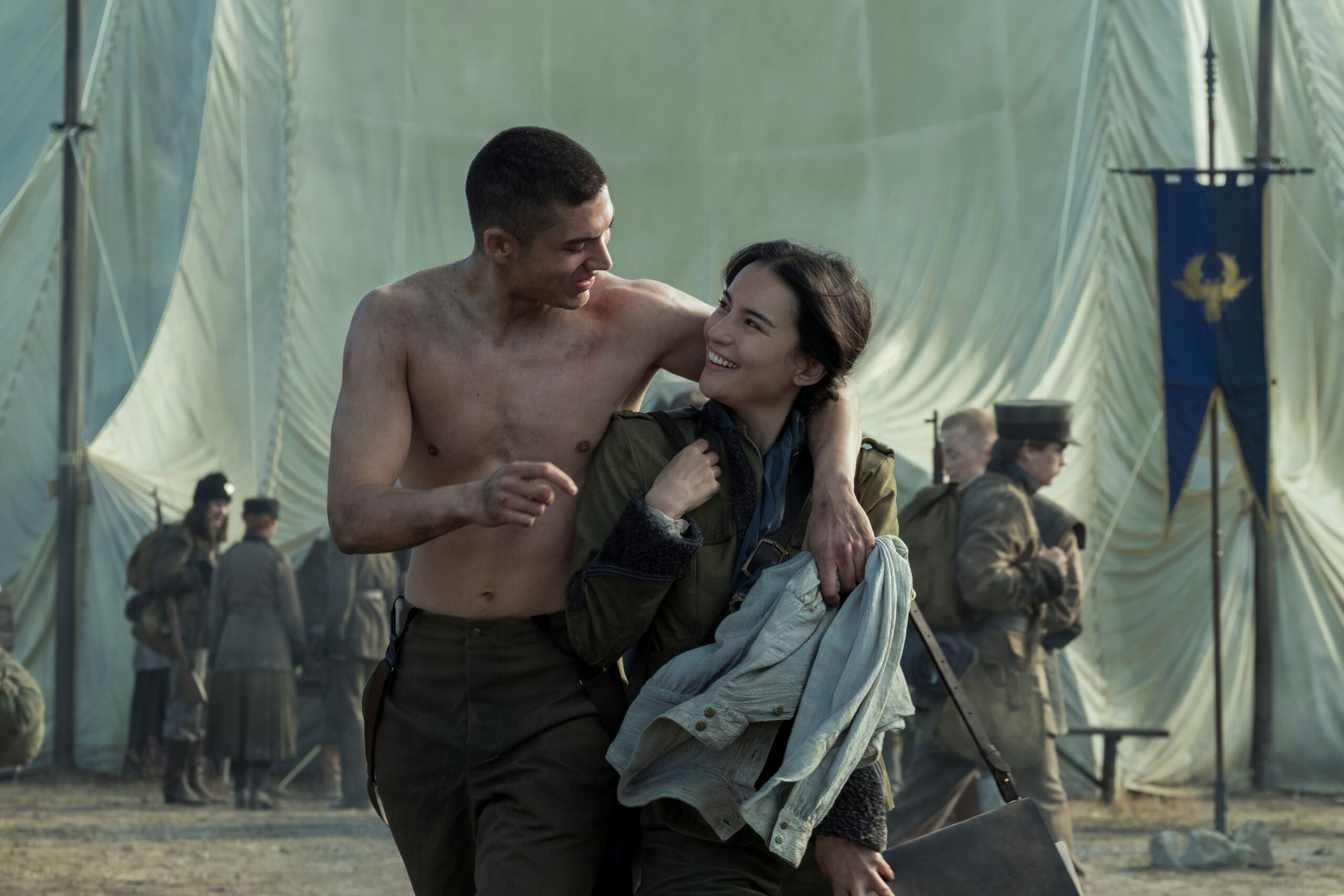 Cable and streamers are constantly seeking the next Game of Thrones – a big fantasy epic that will infiltrate the culture to such an extent that even those who have never watched the show will spout off phrases like “sweet summer child” or know about some incestuous blonde twins. One of Netflix’s big attempts is the Shadow and Bone series, based on a young adult book series by Leigh Bardugo. The first season premiered in April of 2021 to mixed reviews, so after a few months’ distance and a confirmed season two on the way, it’s time to revisit the series and see what a little distance does.

Fantasy series are tough to write. How much exposition is too much exposition? Is a narrator necessary to explain things? What about terms and vocabulary – how do writers make sure that viewers understand what a Grisha is without feeling like they’re being hit over the head? The writers of Shadow and Bone decided to go with less is more in terms of exposition and it works well. The premise is timeless; a teenager ends up being a long-sought messianic figure who can save a nation from the darkness. In Ravka, the darkness is literal, and the messianic figure is Alina (Jessie Mei Li), a girl who discovers she is a Sun Summoner when she saves herself and her best friend, Mal (Archie Renaux).

In the beginning, the show doesn’t fully delve into every little thing to know about this world and focuses on the characters instead – which is probably for the best as there are a lot of them to keep up with. The showrunner and writers combined several series from Leigh Bardugo, all based in the Grishaverse world so multiple storylines are happening at once. By the end of episode one, it’s clear who the majority of the important players are in the two main storylines. It can be a bit confusing at times, but the clear-cut differences evoked with wardrobe and production design help delineate exactly where everybody is at all times.

With the arrival of Ben Barnes as the Darkling, a maybe-bad maybe-good but always dangerous and sexy General, the show really finds its footing in the main Alina storyline. The secondary plot follows a group of young shady characters in Ketterdam who need to make their way to Ravka and kidnap the newly identified Sun Summoner. The time spent with Kaz (Freddy Carter), Jasper (Kit Young), and Inej (Amita Suman) in Ketterdam is the best part of the first few episodes. Ketterdam is beautifully rendered as a den of opportunity and corruption with scrupulous people around every corner. When together, Kaz, Inej, and Jasper are a charismatic group, and it’s hard not to want to stick around and just watch a show about them at the beginning.

If viewers stick around, by episode three it’s become delightfully easy to be invested in not just the Ketterdam gang, but Alina’s story as well. When the story shifts to Mal’s POV and introduces Nina (Danielle Galligan) and Matthias (Calahan Skogman) in another storyline, the show becomes a little messy. Mal’s journey in particular is just not as appealing unless he’s with Alina. Nina and Matthias’ story picks up at the end of the season, but it does feel like a bit of a slog to get there instead of a warm slow burn. Based on the books, next season’s storyline around Nina and Matthias should be a great deal more captivating, but the Mal issue might never be solved. When it becomes obvious that he and the Darkling are opposing love interests for Alina, it’s hard to get excited about him as he’s just not as intriguing or exciting as the Darkling.

A fantasy show of this breadth and scope is exhilarating and it’s easy for it to get lost amongst the many epics that are being brought to the screen in the post-Game of Thrones television era. (Yes, yes, we all owe a debt of thanks to the popularity of Game of Thrones – except that last season. No one should ever thank the last season.) It shouldn’t. The writing is smart and consistently aware of this kind of show’s trappings. The majority of the characters are equal parts charming and interesting, and the potential for even better seasons is high. Watch Shadow and Bone on Netflix and you will also start talking to your friends about whether the Darkling is a bad or good guy.

Succession: An Investor Brings Kendall and Logan Together