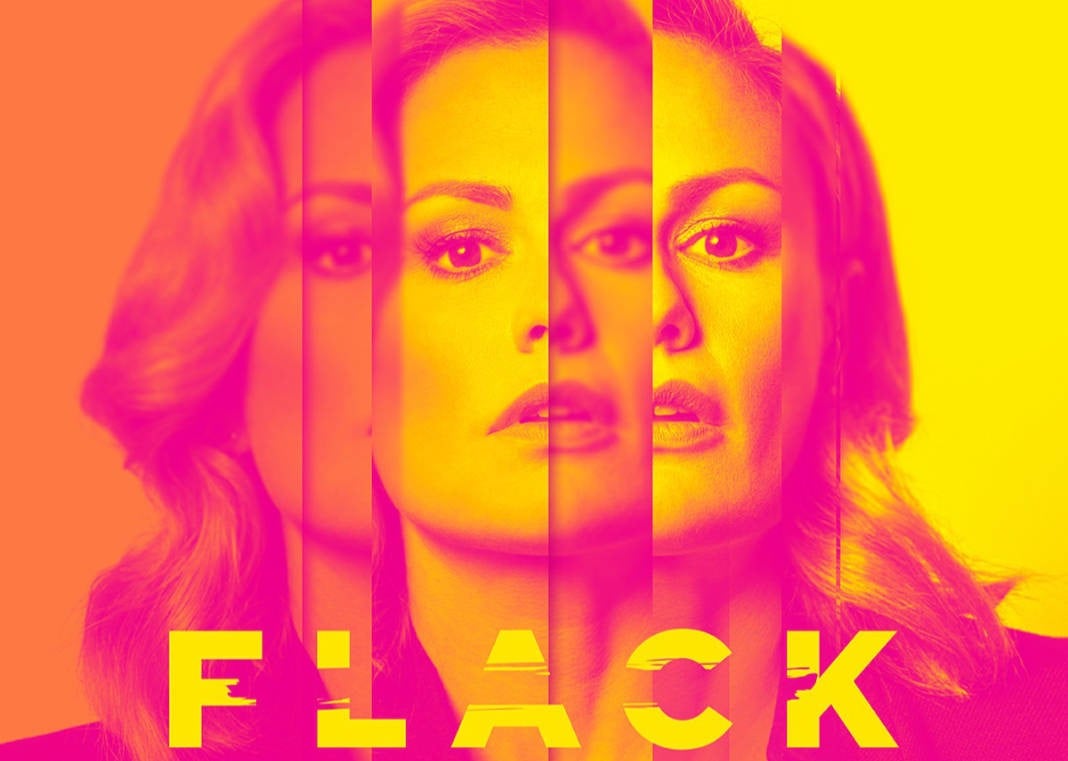 Nothing does escapism quite like morally corrupt stories. Flack is a series that tells these types of stories, making it a worthy guilty pleasure to add to one’s watch list.

Seeing the cause and effect of bad decisions play out is exciting—similar to the feeling one gets when watching a suspenseful thriller. Characters get themselves into impossible situations to which there seems no resolution. And they get out of these hot messes in outrageous ways—many times in unthinkable ways. The outcome isn’t always good, often it’s just less bad, but sometimes it is disastrously worse.

Robyn, played by Academy Award winner Anna Paquin, is a PR fixer, or flack, who specializes in crisis management. She is the one to get celebrities out of those precarious predicaments—a master over mayhem, a controller of chaos. That is entertaining in and of itself, but there is also the added bonus of Robyn’s own life which seems to be perpetually in shambles.

A crisis of conscience is when one finds it difficult to make the right decision, having to choose between morality or a sense of duty. Incidentally, there is a book titled Crisis of Conscience written by Jehovah’s Witness defector Raymond Franz.

In the world of public relations, the right thing to do is most likely the immoral thing to do, or in some measure goes against the average person’s morals. This continually presents the publicist with the conundrum of choosing between their personal ethics and their work ethic. Working with the rich and famous is a high stakes game, so what is best for the client and, by extension, the firm, primarily wins out.

Robyn applies the same code of conduct to her personal life, but the code doesn’t quite fit when applied to people she loves and cares about. She doesn’t care about these celebrities—only the favorable spin she can orchestrate—so she approaches these situations with complete apathy. However, when her feelings are involved and the feelings of those close to her, apathy is not an option. At work, Robyn controls chaos—in her life, she creates it.

She makes so many bad decisions throughout the season, a lot of which threaten and then obliterate her sobriety. Cheating, keeping secrets, and lying are among Robyn’s worst offenses, which puts her most valued relationships in jeopardy. Notably, it is the close bond with her sister Ruth (Genevieve Angelson) that has the most devastating impact.

Robyn can only operate this way for so long before her personal turmoil starts to affect her job and her professional drama drifts into her home life, blurring the lines of propriety.

This intersection becomes the most compelling aspect of Flack.

Robyn is a veteran in this line of work, and a great contrast to her and the others at Mills Paulson is the new intern, Melody (Rebecca Benson). The character arc for this sweet and innocent newbie shows just how easy it is for one to get wrapped up in the cutthroat viciousness of PR. On Flack Season 1 Episode 4, “Brooke,” Melody suggests the absurd idea of “just coming clean,” causing Robyn and Eve (Lydia Wilson) to look at her with concerned alarm—they manufacture the truth, not tell it.

Then on the Season 1 finale, Episode 6, “Patrick,” Melody presses the “fuck-it button,” turning into a wild party girl, making personal decisions like Robyn does. When Robyn sees her on this destructive spiral that she knows all too well, she has a crisis of conscience. Melody tells her, “I can do this, Robyn. I can be like you.” Robyn’s response is to fire her right then and there. She sides with her inner morals this time, not wanting to be responsible for Melody’s downfall.

Earlier on the finale episode, the head of Mills Paulson, Caroline (Sophie Okonedo), gives Melody a pep talk (her one pep talk) which sums up the ethical tug-of-war that comes with the job:

“This job is a cuckoo’s egg. It gets dropped in your nest with all the other eggs and, at first, it seems manageable. But once it hatches, the cuckoo chick grows faster than all the others. It demands more food, more attention, it begs louder, its beak is always open, screeching at you to bring it more worms and bugs and insects for it to eat until, finally, all the other chicks have either been pushed out of the nest or they’ve died of starvation. So, make the choice. If you don’t want it then kick out the egg before it hatches. But, if you do, then embrace the cold, hard, brutal ambition in your belly. Don’t be ashamed of it. Celebrate it.”

This cuckoo metaphor (pun intended) is delivered in sublime fashion by Okonedo who plays Caroline with an exquisite Miranda Priestly-like panache. She makes it clear to Melody that it is a choice, and one that will consistently challenge her conscience and disrupt her personal relationships if she chooses to let the egg hatch.

Getting to go behind the scenes of these hatching eggs and cuckoo lifestyle with the very capable yet very reckless Robyn as the viewer’s guide is a fun and fast-paced ride filled with amusing ups and dramatic downs. Not to mention the rollercoaster that is her own life.

Franchises Collide in WandaVision‘s “On a Very Special Episode…”