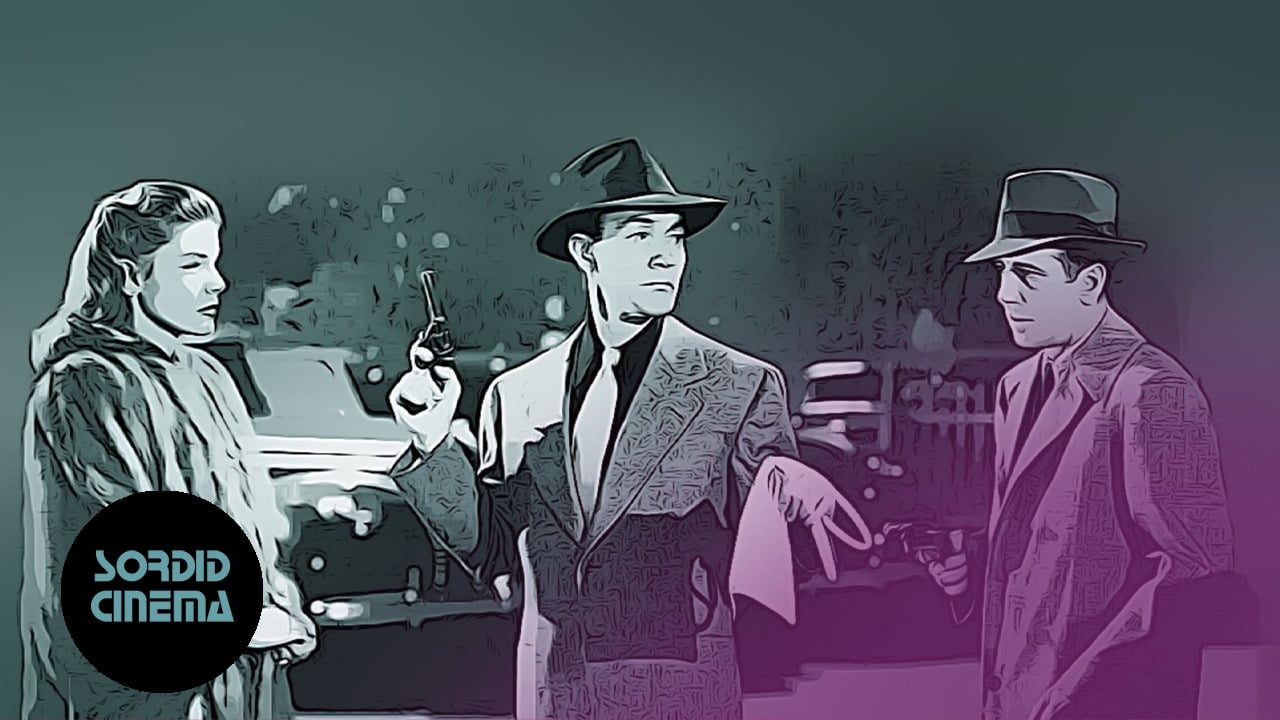 Sex, drugs, gambling, pornography, murder — not the topics one normally thinks of when picturing a Humphrey Bogart movie, but they’re just the tip of the iceberg of dirty dealings in Howard Hawks’ adaptation of Raymond Chandler’s The Big Sleep. Sure, detective Philip Marlowe finds plenty of down time to chat up with every coquette and femme fatale that crosses his path, but that’s only in between uncovering blackmail rackets, staring down the barrels of multiple guns, getting worked over by burly goons, and trading bullets with slimy assassins.

This week, the Sordid Cinema Podcast sinks into the seedy underworld and tries to understand exactly what the hell is going on with all the duplicity and backstabbing. Who is after what now, and why? Or maybe we’ll just give up and drink in the juicy banter between Bogey and Bacall. Regardless, there’s plenty to appreciate in The Big Sleep, including some artful dodging of Hays code-era restrictions. But does this Howard Hawks movie pass the Howard Hawks test? For all this and more, have a listen!

Sordid Cinema Podcast #597: Nosferatu the Vampyre is One of the Best Vampire Films