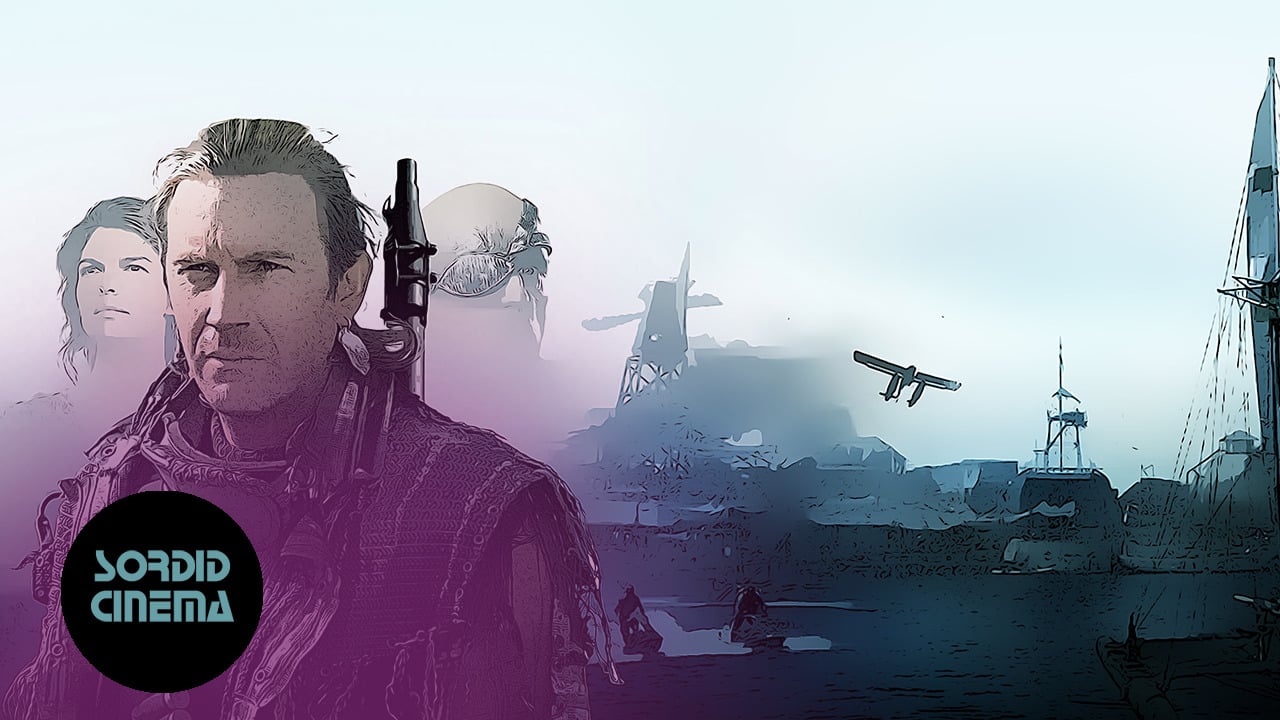 Though perhaps most famous upon its release for being the most expensive movie at the time, Kevin Costner’s aqua-drenched, apocalyptic epic Waterworld has managed to slough that narrative and stay afloat in a sea of sinking blockbusters. The story of a fish-man who befriends a woman and little girl after surviving an atoll raid by smoking pirate goons is a little more comic-booky than its Mad Max facade might initially suggest, but despite odd tonal shifts and a couple of underwhelming performances, there is still a lot to love here.

This week, Rick and Patrick discuss the best parts of this mega movie, including a bizarre setting, lavish production design, and skillful practical filmmaking. They also dive into the trouble-filled shoot, talk a little of Kevin Costner and director Kevin Reynolds’ filmmaking history, and try their best to come up with apt comparisons for this strange film. With action set pieces that are still amazing and gorgeous, colorful ocean imagery that pops off the screen, doesWaterworld has enough ingredients to shedding its soggy reputation? For all this and more, have a listen!

Sordid Cinema Podcast #557: An Invitation To The Dance: The Exorcist III at 30