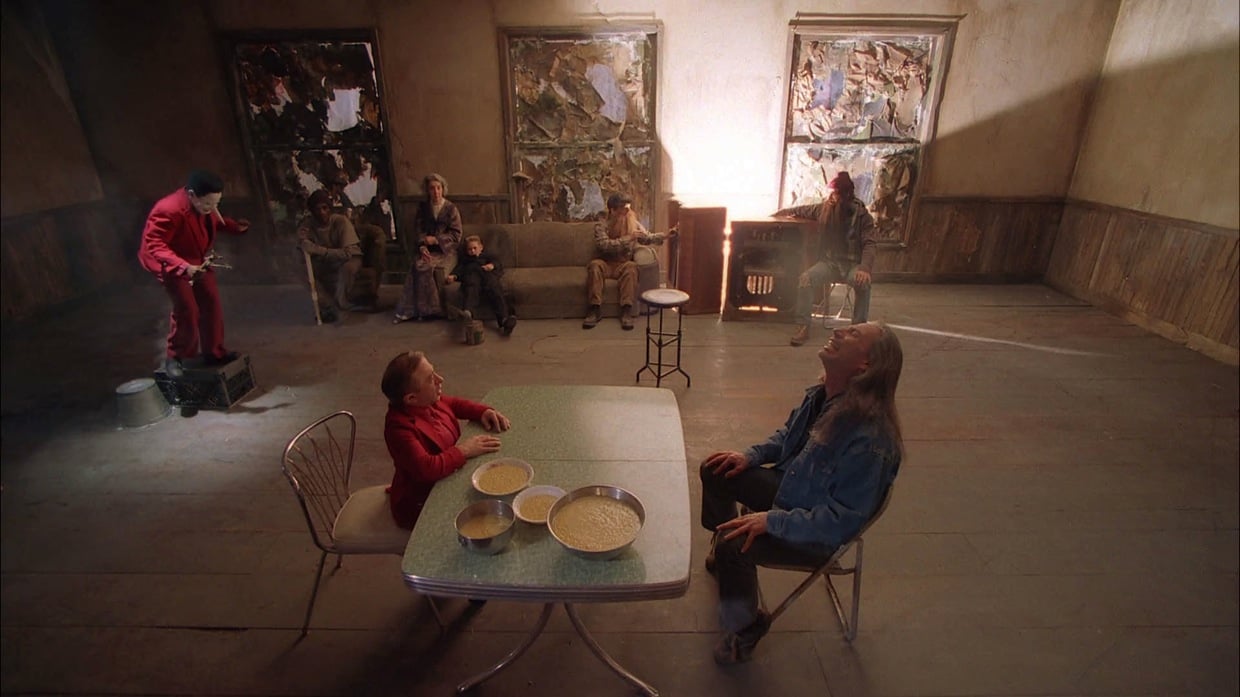 Twin Peaks: Fire Walk with Me (1992) has always been the wayward stepchild of both the Twin Peaks series and David Lynch’s filmography. It’s an essential part of the show, but also something separate, existing at an inflection point between Lynch’s early films — best exemplified by Blue Velvet (1986) — and his increasingly experimental and dreamlike later works. It’s a great example of the film maudit, a “cursed film,” one with the misfortune to be released at the moment that most allowed for critical misinterpretation. Twenty-five years after its release and eleven years after Lynch’s self-imposed exile, we can finally see the power of Fire walk With Me and its relation to his revitalized series.

The early episodes of Twin Peaks were built around Agent Dale Cooper (Kyle MacLachlan) and his search for the murderer of Laura Palmer (Sheryl Lee). When that mystery was solved early in the second season, Lynch and his co-creator Mark Frost were free to expand the mythology of the Pacific Northwest town, but viewers who were only interested in the sorrows of a beautiful blonde girl lost interest. A letter-writing campaign saved the series from an untimely death, but time slot changes from ABC (spurred by its Gulf War coverage) further damaged the show’s ratings. The second season’s cliffhanger finale would become the last episode of the series.

After that undignified ending, the idea of a Twin Peaks movie seemed like the perfect way to cap off the series — Agent Cooper’s fate could be revealed, and Lynch could have complete control. The hack writers who had pulled the series in the direction of small town absurdities would be out of sight. But the movie that Lynch directed would clear up almost none of the mysteries left in the show’s wake.

Fire Walk with Me opens not with Laura Palmer or Dale Cooper, but with Agent Chester Desmond (Chris Isaak). He’s investigating one of the murders preceding Palmer’s death, accompanied by Kiefer Sutherland as a flustered forensic scientist. When Desmond disappears after a crucial discovery, the film shifts to Dale Cooper, pre-Twin Peaks investigation. Prior to the 2014 announcement that Lynch would be returning to the series, MacLachlan’s scenes in the film were poisoned by an aura of sadness. They marked the end of his working relationship with Lynch and failed to resolve the fate of the character he had so masterfully portrayed on TV. MacLachlan had refused to have a larger role in the film, which also raised the possibility that Lynch might have continued where the series ended if he had only had more access to his lead actor.

Aside from some relatively short scenes involving various FBI investigations, the bulk of the movie is devoted to the final days of Laura Palmer. Lynch had devised a pleasantly ridiculous cousin on the TV series in order to allow Lee to show off her acting chops, but this was the first substantial time she was able to play Laura Palmer. It’s a welcome resurrection. Lee plays Palmer as a kind of high school femme fatale, one who uses her palpable sexuality to seduce the men around her. Lynch and his co-writer Robert Engels supply the necessary hard-boiled lines to fit the character — “I was standing right behind you, but you’re too dumb to turn around.” Palmer has been inducted into a world of prostitution, drugs, and murder, and Lee’s eyes are wonderfully emotive; even when she’s suffering through high school classes she no longer cares about or going through mundane family interactions, they broadcast a fear of her impending death.

The original Twin Peaks series had always had dark elements, particularly when Lynch was in the director’s chair, but Fire Walk with Me marked his return to horror-inflected filmmaking. His first feature, Eraserhead (1977), had been an unmoored horror film operating on sometimes-incomprehensible dream logic, but he had mostly abandoned that style in subsequent films. In Fire Walk with Me, those horror elements are back. An amalgamation of a serial killer mystery and a supernatural thriller, the film is far more chilling than any Lynch had done to that point. Eraserhead merely elicited a queasy sense of unease, but the darkest parts of Laura’s story are terrifyingly visceral and violent. In some ways, the film is, even more, disturbing seen through contemporary eyes — Laura is the victim of repeated sexual violence, and a greater cultural awareness of it makes those scenes particularly painful to watch.

Fire Walk with Me serves as an important turning point for Lynch. Not only did he embrace the elements of horror he had previously flirted with, but he was fully committed to a kind of abstract dream logic. That dream-based weirdness had always flavored his films, but now it would become a defining element in later masterpieces such as Mulholland Dr. (2001) and Inland Empire (2006). His subsequent movies would be populated by characters who spoke as if hypnotized, living in a world only loosely tethered to what we consider reality.

Critics and audiences at the time didn’t recognize Lynch’s bold stylistic departure. The trappings of the Twin Peaks series disguised some of the transition — the film is at its most traditional when Palmer is interacting with the holdover cast from the show. It also suffered from mismatched expectations, as audiences were expecting a resolution to Agent Cooper’s fate, which the film mostly withheld. Arriving a full year after the series had ended, Lynch also faced an audience that had largely abandoned his show and wasn’t necessarily looking to revisit it in the first place.

Lynch’s next few films would help to contextualize and normalize the stylistic leaps he took with Fire Walk with Me. The out-of-nowhere character change in Lost Highway makes this film’s shift from the FBI storylines to Laura’s last days seem downright tame. The ghosts who haunt Naomi Watts in the final minutes of Mulholland Dr. are an evolution of the demon Bob, who terrorizes Laura in her final moments. Lynch’s final film to date, Inland Empire, amplifies the abstraction that Lynch was drawn to and turns up the horror. It’s a three-hour scary movie that never relents, but the seeds were planted with Fire Walk with Me.

Lynch hinted that viewers of the new Twin Peaks revival would want to familiarize themselves with Fire Walk with Me before starting the limited series. Like anything Lynch says, it couldn’t be completely trusted; Laura Palmer’s story plays a very limited role in the revival. Where the film is most prescient is in the new show’s tone — it retains the bursts of horror that made the movie initially stand apart from its TV predecessor. Lynch is also working in a more experimental mode, which was often the case with his film work, but major network television tended to normalize his stories and shave off his rough edges. The new Twin Peaks is Lynch unfiltered, a side of himself that he first showed with Fire Walk with Me.

Despite its positive reappraisal, the film doesn’t quite live up to Lynch’s best work. Its exploration of hidden suburban evils isn’t quite as fresh as when that theme first emerged with Blue Velvet, and Lynch sometimes seems tentative and afraid to fly too far from the tone of the original series. Mulholland Dr. freed him of those strictures, resulting in his most satisfying film, but still, his latter-day evolution had to start somewhere. The Twin Peaks series is the largest work of art Lynch has created during his life, and Fire Walk with Me is the beating, bloody heart at its core.

Editor’s Note: This article was originally published on August 28, 2017.

Twin Peaks: Fire Walk With Me: A Darker, Creepier Look at Laura Palmer