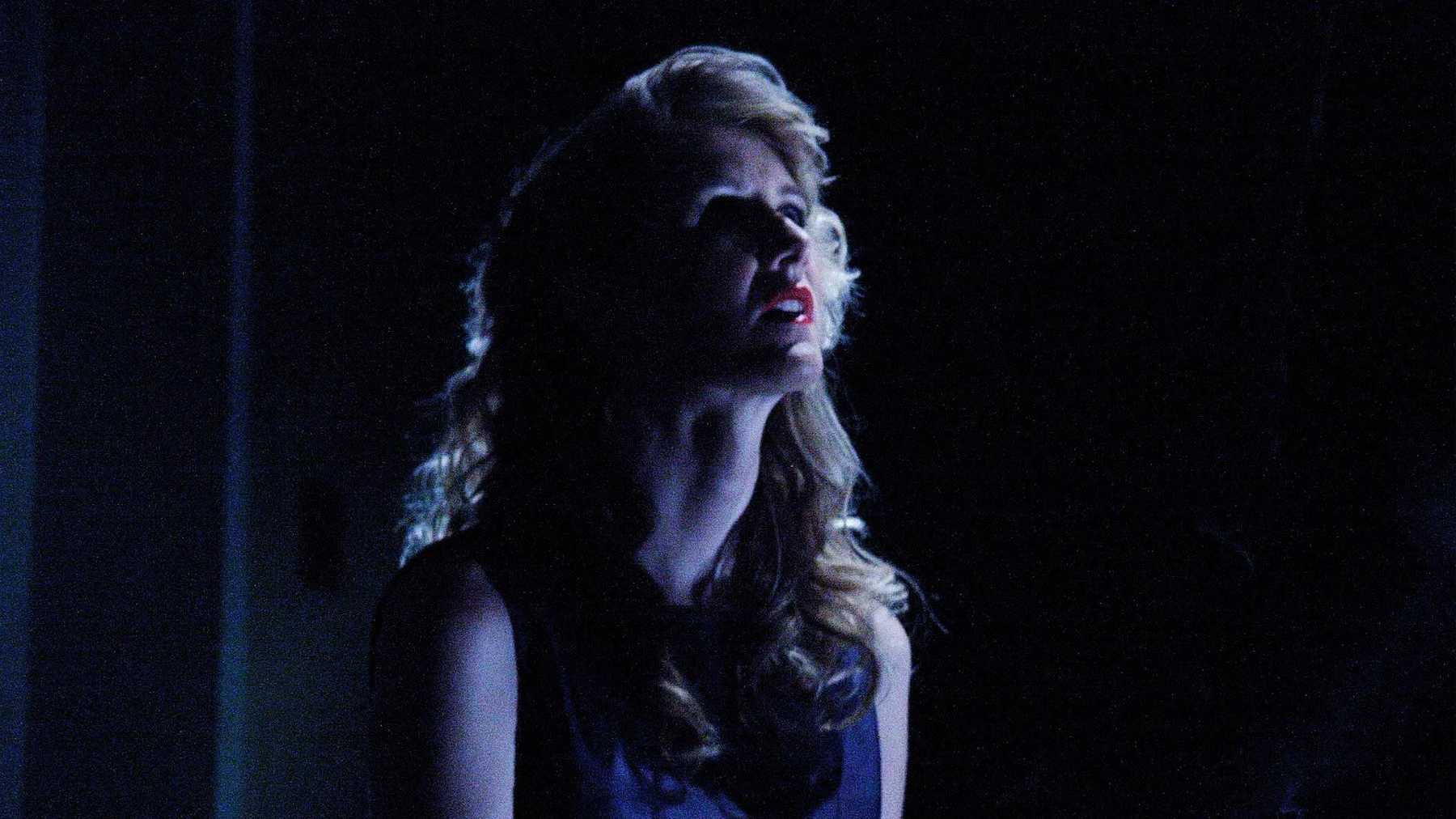 A Girl, her Girls, and Creativity, Gone Wild

David Lynch’s last film is his most mentally exhausting and participatory, coming in at a minute under three hours. For as long as he has been active – approaching five decades now, from when he started making short films in the late ’60s – Inland Empire, a howling panic attack of deformed sights and sounds on top of one another, is his most artistic and abstractly made film, and one that mostly feels inspired by himself and his entire lead-up to it.

Insofar as emotions and stimuli, the results are, while astounding, something that demands more experimentation, mostly because of its effects on the viewer. That it is as effective as it is makes the case for why narrative conventionality is less a crucial element in matters of filmmaking than what the mind makes out of carefully treated scenes, bopping, quavering and curiously walking – up and down – through a haunted house of moving pictures that jumps between looking striking and outright horrible in ways that add to the shifting moods that wash and recede like waves.

As if not satisfied with his clockwork-perfect Mulholland Drive, a visit that mutated the sun-saturated gloss of Hollywood into a black hole into which dreams are thrown, he revisits those hallowed grounds again.

Here they are a much, much, darker-seeming wonderland of suffering and invasive perversions spawned from within, gestured toward rather than clearly shown.

In some respects, Inland Empire is the asymmetrical half of that same face Mulholland Drive is part of.

But it is a much more hopeful side, too, which sings pop songs and dances against an entangled web-within-a-web in which Oscar-hopeful actress Nikki Grace (terrifyingly played by a daring Lauara Dern) gets lost, all in the name of her destructive art and performance.

Nikki is about to get cast in a new film called “On High in Blue Tomorrows” when she is visited by a stranger-than-strange Polish neighbor (played by Grace Zabriskie with boo levels of spookiness), who compliments her mansion before telling her two folk tales about a boy and girl, whose fates she thinks will befall upon the actress.

The Polish lady has by now already cast her spell, her eyes wickedly beaming.

Because of this, after she has received the news of her casting, right alongside co-star Devon Berk (Justin Theroux , macho, all leathered up), it comes as no surprise when her director (Jeremy Irons, arrogantly driven) tells her of the project’s history of being cursed, with the two leads having been murdered after signing on.

Dern’s shape-shifting Nikki, whose face stretches to all corners of the frame, must be playing more than four variations of the ingénue-turned-starlet here (among those a spectator of herself), stumbling into rooms, or shakily walking through hallways, that are packed with all kinds of filmic tones, frightening visuals, buzzing sounds, sexual promiscuity, and acts of violence.

Dern, who had worked with Lynch twice up until this one, plays it with absolute perfection, alarm and monstrous terror that embody, from within, an inner commitment to the refusing of anything close to compromise.

Running from such Lynchian thematic choices as duality, seen through parallel universes, slinking by way of those red curtains that announce the fact that this is a Lynch movie, to those overhead lights buzzing like electricity and the trading of Lynchian stares seen in the seductively verbal gamesmanships of power, it is a showreel of phenomenological emotions waiting to be activated through the act of witnessing.

The “Lynchian stares” are another reoccurring ideation, some more sexually charged than others, whether it is Lula (Dern) facing off against Bobby Peru (Willem Dafoe) in Wild at Heart, Betty’s audition (Naomi Watts) with Jimmy Katz (Chad Everett) in Mulholland Drive, Nikki’s detailed monologues in the presence of the Jewish rabbi, Mr.K (Erik Crary, played with near silence), there are always two from either gender using the allure of their sexes for persuasive influence.

In some ways parallel to Lynch’s artistic and directorial autonomy, Nikki’s involvement in Blue Tomorrows is the undertaking of an actress so into the rabbit hole that is her own art that it blends into her own, real identity and sense of self.

A visual story teller at heart (using consumer-grade digital cinematic techniques), Lynch at the beginning uses angled close-ups within inches of Zabriskie’s face, bringing out facial features (like placement of eyes, chins and forehead) that look unnaturally distorted, foreshadowing the oddities the movie is about to get blackened by.

Sparingly using words of exposition, he is more reliant on establishing a thickened ambiance through the power of the image and droning sounds whose chemical bond produce an alternate version of the uncanny valley of magic realism, becoming mentally experiential in ways that elude long passages of linearity.

Much like the multiple realities, the film — locked in a fugue state — is expressively more an internalization of the mind than an externalization. Secondarily, though, the externalizations – from the viewers’ point of view – are made manifest by their confusion of it all, their analysis of it and the sequential order.

Here, again, Lynch finds comfort in the absurd, blind to the urgency of everything happening outside the mind’s perceptions of the real, which the movie (Blues Tomorrow) inside the movie itself is an illimitable representation of, a plane of existence in which Lynch’s creativity becomes more polychromatic.

A key scene, in which Nikki (in the person of her character Susan Blue, who she sees across from the other side of the street) is seen shambling down the star-specked Hollywood Boulevard where she falls down in between two homeless people, talking about anything but her situation, brings that and all of the fragmented pieces into a whole, even more so when the camera slowly starts panning out.

All and everything Nikki is headed towards, like the dollhouse-like room housing the rabbits – all of whom dressed particularly and stylishly, one of them shot from afar, its silhouettes shone through  – is the staleness of art itself, an aspirational advancement from A to Z, whatever the costs.

Somehow, it is supposed to be depressing and funny, like the laugh tracks that sometimes blare out from the background at the driest of remarks, as If the anthropomorphized rabbits were an abridged distillation of the entire film itself: a sitcom.

Susan continues to get lost in a world split between her reality and the film’s. Somehow living in both, she ends up in a yellowy-hued room where prostitutes are seen having a great time, breaking into “The Loco Motion,” reflective of their ’60s personalities, while Susan watches. In these scenes, Lynch nostalgically combines different timelines with one another, making a universal continuum of visuals worth appreciating.

Their location constantly changing, other times they are seen laughing manically at each other or standing on the sidewalk (the camera sidled up to them) in the snowy winter blues of 1930s Poland, only to be transported back to the blacks of Hollywood.

So engaged as to be distant from her crew, the separating between Nikki Grace and Susan Blue is never drawn, except her supposed happiness, which may be part of her acting, in the showstopping credits sequence, an uncertainty that doubtlessly makes Inland Empire less of a downer.

Narratively, coming up with a definitive explanation matters less than what the audience (their tastes responding differently) gathers from the inevitability of subtext, probably because Lynch, as tight-lipped as he is about his own work, wants as much diversification seen around his output – from the standard to the off-the-deep-end theorizing – as he puts in his work: a give and take, whose outsides are worth looking at. Not saying anything at all allows for the mystery to become even more mysterious.

In the main, Inland Empire is a film to hate, love and respect at the same time, sometimes more frustrating than satisfying. An acceptance of its foreignness is required. Much of it, at first viewing, is less accessible than previous works, like Mulholland Drive or Blue Velvet. But this one, though, is the years-long results of process, form and cinematic craft, missing any semblance of structure. Not that this takes away from it – Lynch, as his own cinematographer here, is just as effective a filmmaker without the use of this main ingredient. To this end, though, Lynch’s longtime pal and muse, Dern – who goes from being a neo-noir detective to trash-talking, bubblegum-popping rebel on the road – is the reason Inland Empire flies high.

Wrapping My Brain Around Mulholland Dr.