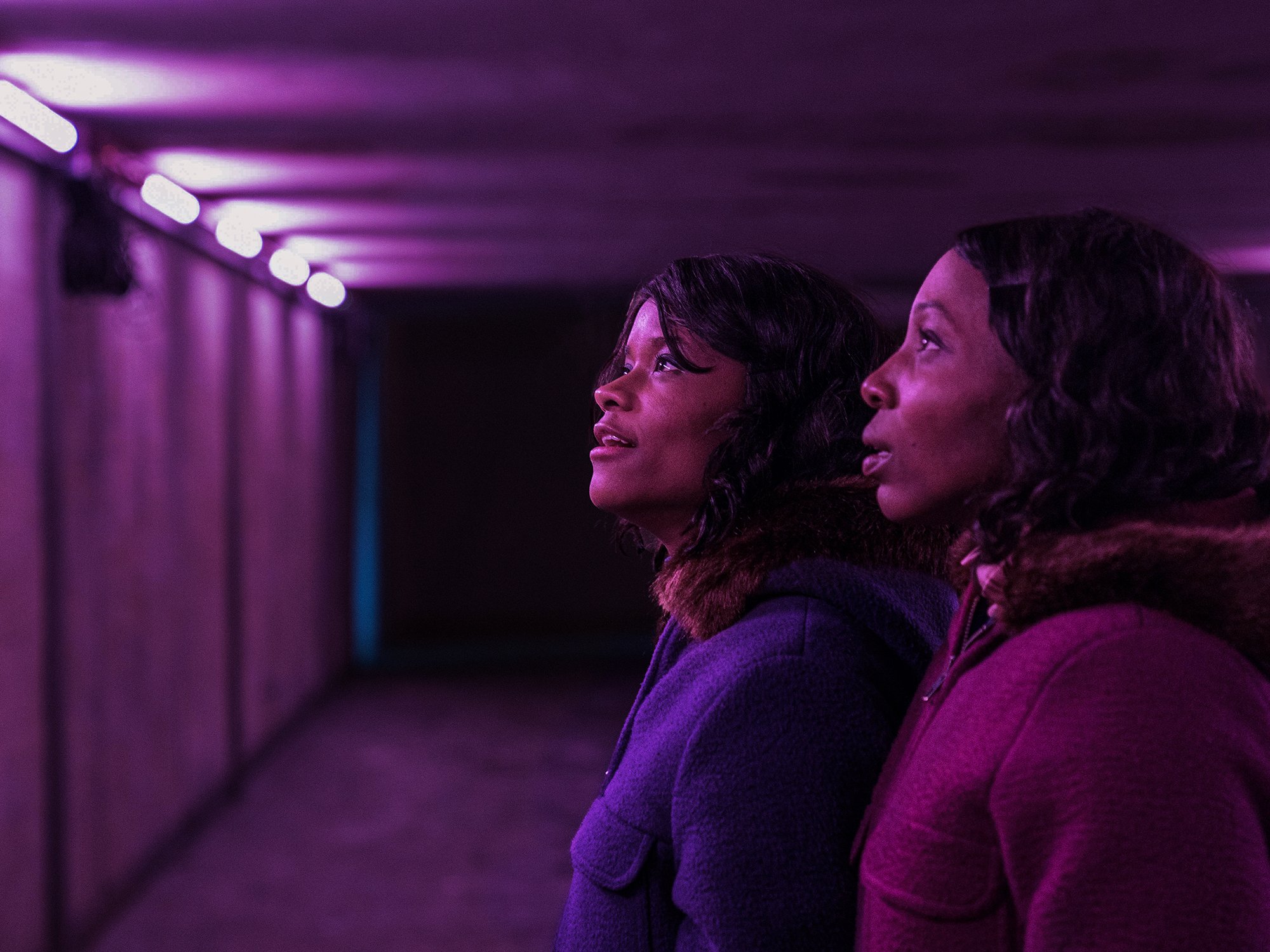 Agnieszka Smoczyńska’s English-language debut, The Silent Twins, is a work that boldly swings for the fences, defying convention and insisting on tonal breaks to convey its heart-breaking story of institutionalized suffering- it wholeheartedly misses. Instead, it’s an experience that is perfectly positioned to lull its viewers to sleep, as its emotionally muted journey taps into a languid vein, unearthing snores in place of enthralled gasps. Its uninspired, droning score only heightens this effect.

The Silent Twins follows the Gibbons sisters, Welsh twins who, for some reason the film never divulges, reject communication with everyone but each other, withdrawing into their fantasy worlds and nascent desires- which are all portrayed in a wonderful stop-motion style and are easily the films greatest segments. After an (unexplained) spree of vandalism, the now teenage siblings are sentenced, indefinitely, to an infamous psychiatric hospital, where they must traverse the perils of institutionalized “care” and come to terms with an existence without each other.

This story has all the makings of a sharp, eclectic account of institutionalized racism and discrimination while tackling budding individuality and the need for belonging. Yet, after 113 minutes, the audience is no closer to understanding these two troubled and seemingly complex characters. Smoczyńska’s adaptation, while wholly inventive and impeccably crafted in its visual and stylistic design, is too enamoured with its own quirkiness. It consistently props up its surface-level visuals and production design at the expense of a well-told narrative that could have helped the audience better understand and relate to its troubled protagonists. In its place, we’re left with an experience that packs no emotional wallop.

That is the film’s greatest shortcoming. Despite all the trials and tribulations, the viewer is left feeling entirely too little and, at times, nothing at all. It makes for a lackluster cinematic experience that stays in neutral all the way to its conclusion, with each moment blending into the other, creating a drab nothingness that fails to provoke any form of thought, despite its introspective ambitions. The Silent Twins distinctly lacks flow and cohesion, as pivotal moments come to fruition out of thin air, rather than coalescing through deliberate buildup. Catharsis is replaced with bewilderment, and while non-convention can be a good thing, it shouldn’t come at the expense of cogent storytelling and earned emotion.

What’s left on the screen is an entirely unsatisfying experience that retains no semblance of staying power. For a film dedicated to a powerful exploration of isolation, the nature of belonging, and institutionalized ills, this project is uniquely counterintuitive. As a result, even its great stylistic detours become nothing greater than a slight distraction that only provides a brief reprieve from the lethargic storytelling.

The performances here are one of the few highlights. Leah Mondesir-Simmonds and Eva-Arianna Baxter turn in strong, layered performances, that capture the tragedy of their plight well, especially the impact it would have on impressionable children. Letitia Wright and Tamara Lawrance, as the teenage iterations of the titular siblings, also do their best to elevate the material but it’s an uphill battle they, unfortunately, do not win.  Andrea Seigel’s screenplay doesn’t allow the individual to shine, forcing the siblings to bleed into one another, leaving no space for nuance and personality to come through. Which is wholly antithetical to its thematic ambitions regarding individuality and belonging.

Overall, The Silent Twins simply doesn’t work. While its tonal diversity is admirable, as it revels in some great stop-motion sequences, this project fails to come together as a whole. Perhaps instead of looking at the puzzle in its entirety, the individual pieces should have been refined before they were forcibly joined.

Twin Peaks: Fire Walk with Me Set The Stage For The Series’ Rebirth