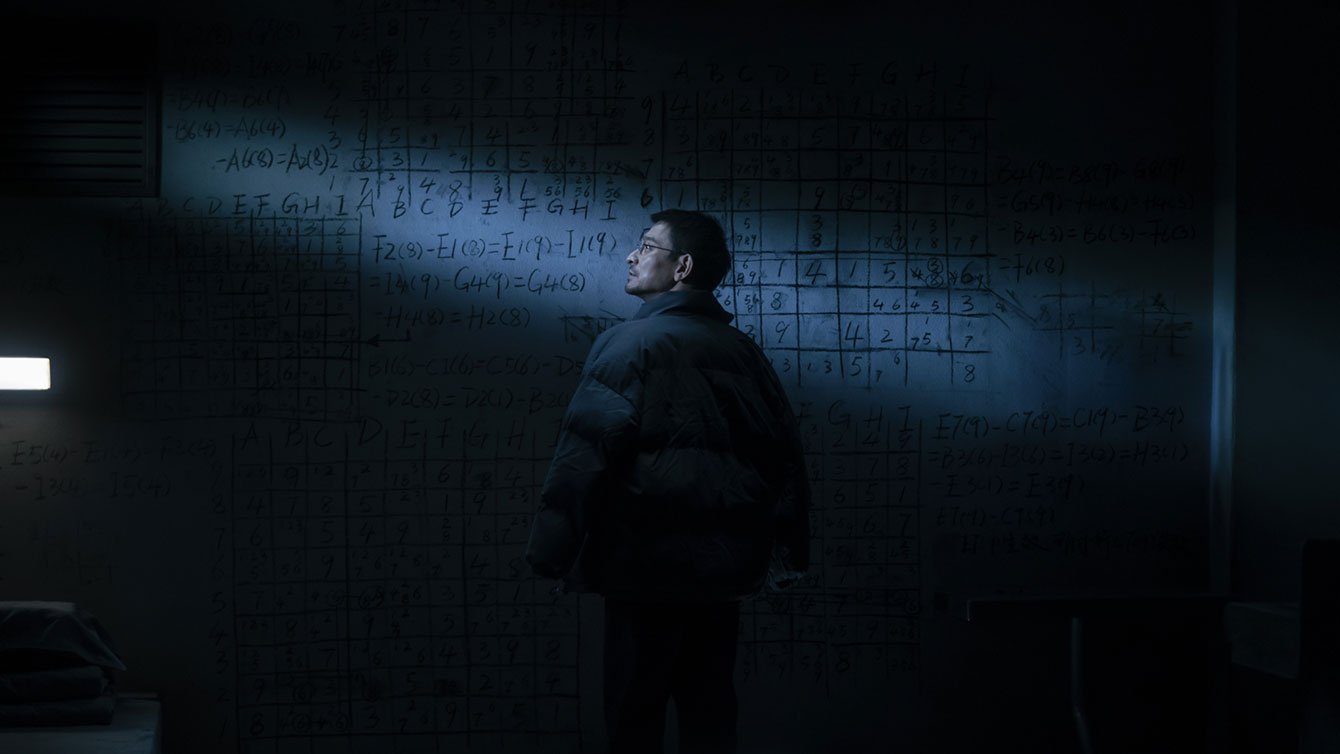 Situated somewhere between nationalism and science fiction disaster film, The Wandering Earth II is a bewildering experience for a prequel to a movie that so effortlessly glosses over its insane premise in exchange for space-age thrills. The first film leaned into the fact that it was a spectacle – and one that dominated the box office in China to become the country’s fifth highest-grossing film of all time, with a reported budget of $50 million. The Wandering Earth II does not skimp on the high-concept narrative and delirious setpieces, but it applies a greater focus on humanity in its most desperate moments and never makes it feel more than just manipulative posturing. Entertaining enough in its action, Frant Gwo’s successor to The Wandering Earth is a bombastic, high-octane fight for survival that broadly examines why that fight matters.

Based on the short story collection by Liu Cixin, The Wandering Earth II takes place before the first film’s events and is a sequel in name only. Its focus lies on the Moving Mountain Project and the obstacles faced in getting it fully operational. Humanity forces itself to band together to escape its fate as the sun threatens to engulf the Earth in 100 years. If you’ve seen the 2019 film, also directed by Gwo, you already know the plot for The Wandering Earth II. Those who haven’t are in for a Roland Emmerich-sized treat. Moonfall tries, but it could never beat the absurdity of all humanity getting together to achieve the Moving Mountain Project – which eventually becomes known as The Wandering Earth project.

Every nation seemingly sets aside its differences to form the United Earth Government – a coalition that oversees Earth’s survival efforts. The Moving Mountain Project appears to be the best course of action and involves knocking the Earth out of the Sun’s orbit by installing engines (a lot of them) all around the Earth’s equator and destroying the moon. It’s an insane plan, but it’s the only one they’ve got. The Wandering Earth II then focuses on three storylines that all tie into the central effort to save humanity.

The main one is where fans of the first film will feel most familiar as Liu Peiqiang (Wu Jing) falls in love with a fellow astronaut, Han Duoduo (Wang Zhi), and is at the disposal of the UEG for any operations. Their relationship is the heart of the film and a storyline that bleeds into the original’s events giving The Wandering Earth II a little more continuity character-wise than it initially suggests. Unfortunately, it’s also an extremely surface-level relationship that only serves to heighten tension, but it’s a disappointingly shallow implementation for a film so rife with potential.

The splintered narrative also goes over the politics of coordinating a global effort such as The Wandering Earth project. Even in times of desperation and survival, world leaders can never see eye-to-eye, even when options are running out. However, The Wandering Earth II sees the film emphasizing that China’s leaders have everyone’s best interests in mind and that other nations will run at the first sign of conflict. That nationalism is ingrained in the DNA of the film. Even with its incorporation of other nations in the cast and plot, it’s still a movie that puts China above the rest. All of that is fine – there are enough American films that do the same – but The Wandering Earth II is almost comically nationalistic as the rest of the countries give up or make rash decisions while China’s representatives speak in idioms and proverbs, calmly assessing the situation, and seeming wiser than everyone else in the room (the room becomes speechless multiple times after any Chinese politician speaks).

It’s all over the top and accentuated by the third narrative: the temptation to recede into a digital life and give up on reality. By far the most exciting plot, though the way it gets tied into the main story feels slapped together, as if the film realized it needed to bring all three plotlines together at the last minute. However, what’s there before it switches to overdrive is where the real meat of the emotion is, as Tu Hengyu (Andy Lau) finds himself absorbed in the potential of immortality through transferring a person’s consciousness and memories into an AI. The inability to cope with the tragic loss of his daughter and wife sends Tu spiraling. However, technology is advancing so much in the race to save humanity that it is now possible for him to talk to his daughter through digital means as if she’s still alive and capable of processing what is currently going on – but only for a limited time. Trapped in a groundhog day scenario with his daughter’s consciousness resetting every 2 minutes, the desire to spend more time with her versus helping the rest of the world becomes the central dilemma of his story.

It’s a surprisingly heady concept that contrasts greatly with the harebrained idea of just jettisoning Earth out of the solar system. To live forever in a digital space, mentally existing but devoid of any physical form, is a somewhat relaxing notion when the human body is known to eventually fail. Emphasized by the external factors pushing humanity closer to extinction and Tu’s fantasy of digital immortality is understandable when you’re completely wracked with grief. The Wandering Earth II‘s screenplay at least manages to find something fascinating in the face of insurmountable odds: the acceptance that giving up does not have to mean dying. As long as you don’t look at living as just physically existing.

These arcs, however, become further segmented through stages towards the completion of The Wandering Earth project. Each segment contains a ticking clock and a massive action setpiece that injects The Wandering Earth II with enough eye-popping spectacle and high-stakes thrills to impress any action junkie. The first major setpiece – a rebel attack on the Moving Mountain Project – is incredibly well-paced, packed with jaw-dropping visuals, and never gets topped because the film eventually rests on its characters’ relationships with each other to provide impact as opposed to smothering the audience in non-stop shots of adrenaline. The rest of the action is still great, but it never hits the same highs as the multi-tiered feast in the first act.

The lack of any real depth to the characters themselves stops The Wandering Earth II from coming close to its predecessor. Though it offers similarly large-scale action, it also leans harder on its weakest elements. It tries to build a sturdy foundation out of characters more emblematic of humanity’s resiliency and tenacity than actual people. And at nearly three hours and a destination already established in the original film, The Wandering Earth II lacks an excuse for being so paper-thin in its story. Still, it’s a fun, if a bit exhausting, exercise in spectacle that may wear out its welcome but does so with an exuberance and style that modern blockbusters too often forget.