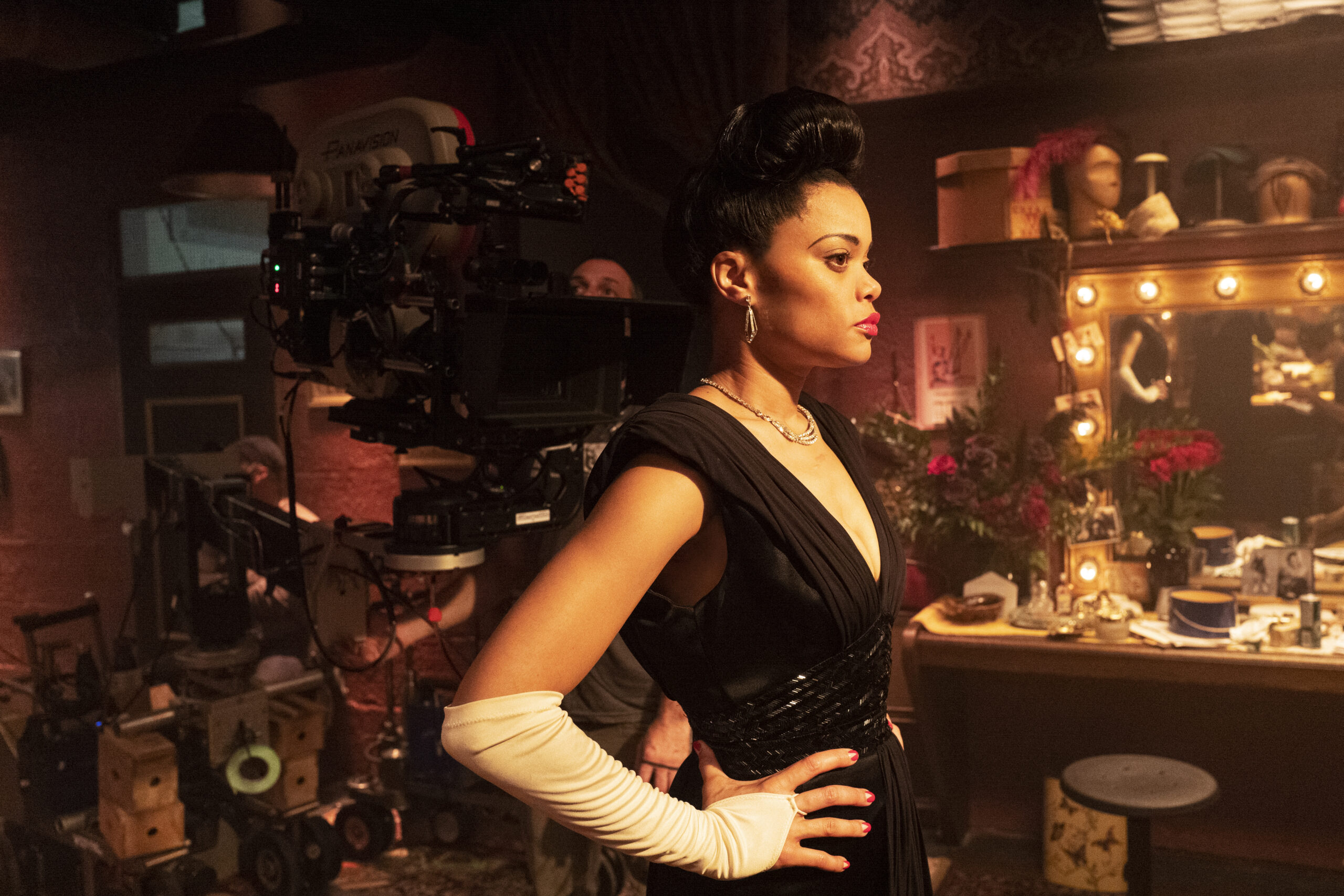 The United States vs. Billie Holiday, the new biopic of the late singer that debuts this Friday on Hulu, is the latest version of a type of film we’ve seen a lot of lately: A biopic of a famous person, told through the prism of the FBI and other government agencies’ bitter persecution of that person.

Like the recent Judas and the Black Messiah and Seberg, the documentary MLK/FBI, and many other, similar films, director Lee Daniels’ film implicitly tells the story much differently than it would have had the movie been made 10 or 20 years earlier. In Holiday’s case, that’s literally true, as a biopic, Lady Sings the Blues, was made in 1972 that starred Diana Ross.

The film, despite an outstanding, go-for-broke performance from lead actress Andra Day, is far from the best execution of this particular formula.

The United States vs. Billie Holiday was adapted from one chapter of Johann Hari’s book Chasing the Scream: The First and Last Days of the War on Drugs, and written by Topdog/Underdog playwright Suzan-Lori Parks. In addition to some background about Holiday’s life, her heroin addiction, and her often ill-fated romantic relationships with both men and women, the film is mostly about the government’s persecution of the singer.

As alleged by both Hari’s book and the movie, the government — in the form of the Federal Bureau of Narcotics — schemed for years to use drug laws to sideline and ultimately destroy the singer. Their motivation was to prevent her from singing the anti-lynching song “Strange Fruit,” out of fear that the song would give the then-burgeoning civil rights movement ideas.

Day is the best thing about the film. She’s a charismatic performer, who may not look much like Billie Holiday, but she can for sure sing. The performance is a tour de force, and Day is especially put through the wringer, as this movie has a great deal more sex, violence, and nudity than is typical for a famous person’s biopic.

It’s just most of the other aspects that don’t quite work.

Like Judas, it has a major role for someone who was an informant against the hero, in this case, played by Moonlight’s Trevonte Rhodes. But in this film, he’s for some reason portrayed as the love of Holiday’s life. Meanwhile, Natasha Lyonne shows up as Tallulah Bankhead, who may have been Holiday’s lover; it’s a considerably more muted and restrained performance than what’s implied by Natasha Lyonne playing Tallulah Bankhead.

The government agents are portrayed as simplistic, mustache-twirling villains, led by Garrett Hedlund as real-life FBN honcho Harry J. Anslinger. Not that these guys weren’t actually evil, but that doesn’t absolve the filmmakers from finding a way to depict them that’s compelling.

Then there’s the structure of the movie. Billie at one point sits for an interview with a character played by the great character actor Leslie Jordan. But the film isn’t committed to this as a framing device and forgets about it for long stretches.

It’s just not nearly up to the level of Judas and the Black Messiah, which arrived just weeks ago and a superior filmmaking achievement in just about every way.

I will give Daniels’ film the advantage over Judas in one respect only-  at least it resisted the urge to insert an over-the-top villain performance for someone playing J. Edgar Hoover.

With the Billie Eilish documentary also debuting on Apple TV+, we have two different movies about female singers named Billie premiering on streaming services on the same day. The Holiday movie is almost worth watching for the Andra Day performance alone, but there’s not much to recommend about it besides that.