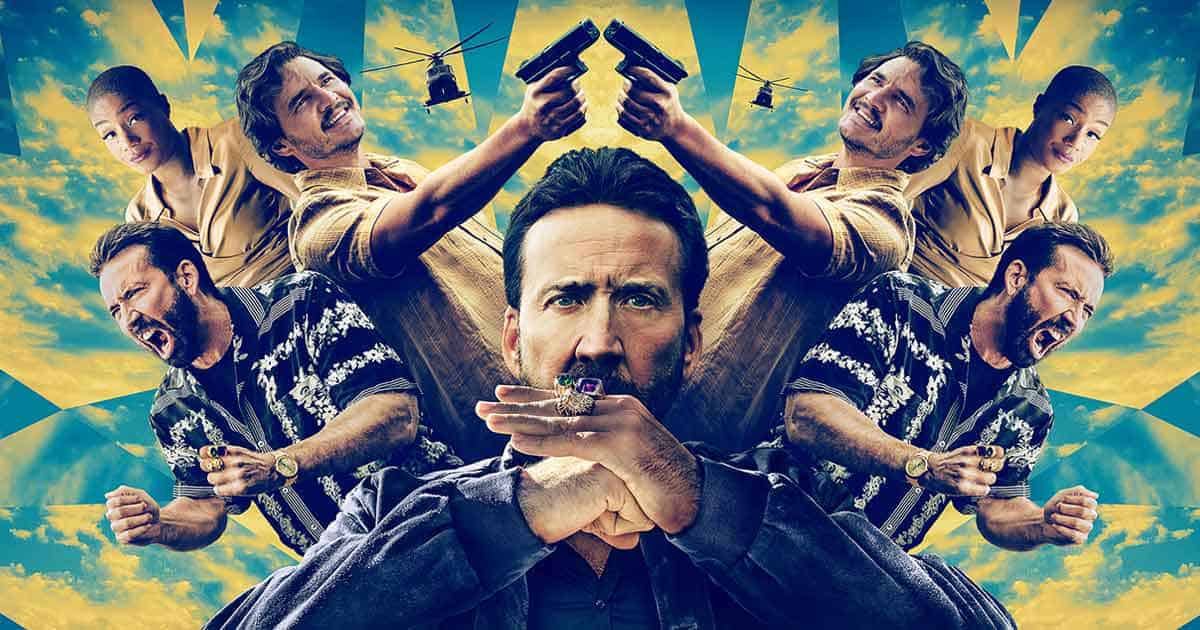 After over 40 years of acting credits, Nicolas Cage has amassed a cult following. With manic energy and an absolute commitment to the most absurd of roles, he can make even the worst screenplays entertaining to watch in performance. Tom Gormican’s new film, The Unbearable Weight of Massive Talent, capitalizes on this image of Cage. It works as both a love-letter to, and a hilarious parody of, Cage’s eclectic career.

The film follows a fictionalized version of Cage himself, who is facing a slump in both his career and his family life. He is racking up debt, failing to secure new film roles, and self-sabotaging his relationship with his daughter and ex-wife. This is a Cage seemingly at the end of his career and his tether, hilariously trying to keep it together as he begins losing his grip.

Similar to Being John Malkovich, the actor plays a caricatured and self-absorbed version of himself. From straight-facedly mentioning his “nouveaux-shamanic” acting ability (a reference to an actual quote from a 2012 interview), to his absurd obsession with The Cabinet of Dr Caligiri, the lines between fiction and reality are blurred with a delicious self-awareness.

The levels of Cage insanity are all to be found here, as Cage is also haunted by visions of his younger self, who torments him in a fantastically hammed-up performance. If you’re looking for a dose of his crazed and manic style, it is on full display here to great comedic effect.

The plot begins when Cage receives a request to attend a wealthy businessman’s birthday party for one million dollars. He reluctantly accepts, despite initial fears that the man might be a creep. To his surprise, upon meeting his host, Javi, they quickly hit it off, finding a shared love of film and Cage’s own career. Pedro Pascal plays Javi with a straight-faced sincerity, working as the perfect compliment to Cage’s egotistical insanity. Many scenes are elevated by Pascal’s absurd worship of Cage, and Cage’s own growing love for Javi, as their bromance blossoms.

Things take a turn when Cage is kidnapped by the CIA. They reveal that Javi is linked to a criminal drug ring who kidnapped the daughter of a politician. With remote assistance from two operatives, Cage is tasked with finding the daughter and rescuing her from the clutches of the drug ring, also bringing his own relationship with Javi under question.

Unquestionably, the highlight of the film is the chemistry between Cage and Javi, making large parts of the film have the feel of a buddy-cop movie. The jokes don’t always land, occasionally feeling a tad forced. Yet, for most of the film their unwavering bromance in the face of increasingly absurd situations cannot fail to make you chuckle.

The ridiculous plot is serviceable, but it is very much carried by the central performances of Cage and Pascal. It is a joy to watch them bounce off each other, both channelling a child-like energy of two kids at a sleepover rather than a world famous movie star and a drug lord.

One key question is: can you watch the film with no knowledge of Cage or his career? While the film is full of references to his work, from Con Air to Face Off, many of the comedic beats stem from the situations rather than these references. While a knowledge of Cage, and a love of his mania, will undoubtedly enhance the watching of the film, it still works well with a general audience. Absurd, well-performed, and injected with Cage’s manic energy, the film is an absolute blast to watch.

Stanleyville: A Quirky, Kafkaesque Game With No Pay Off