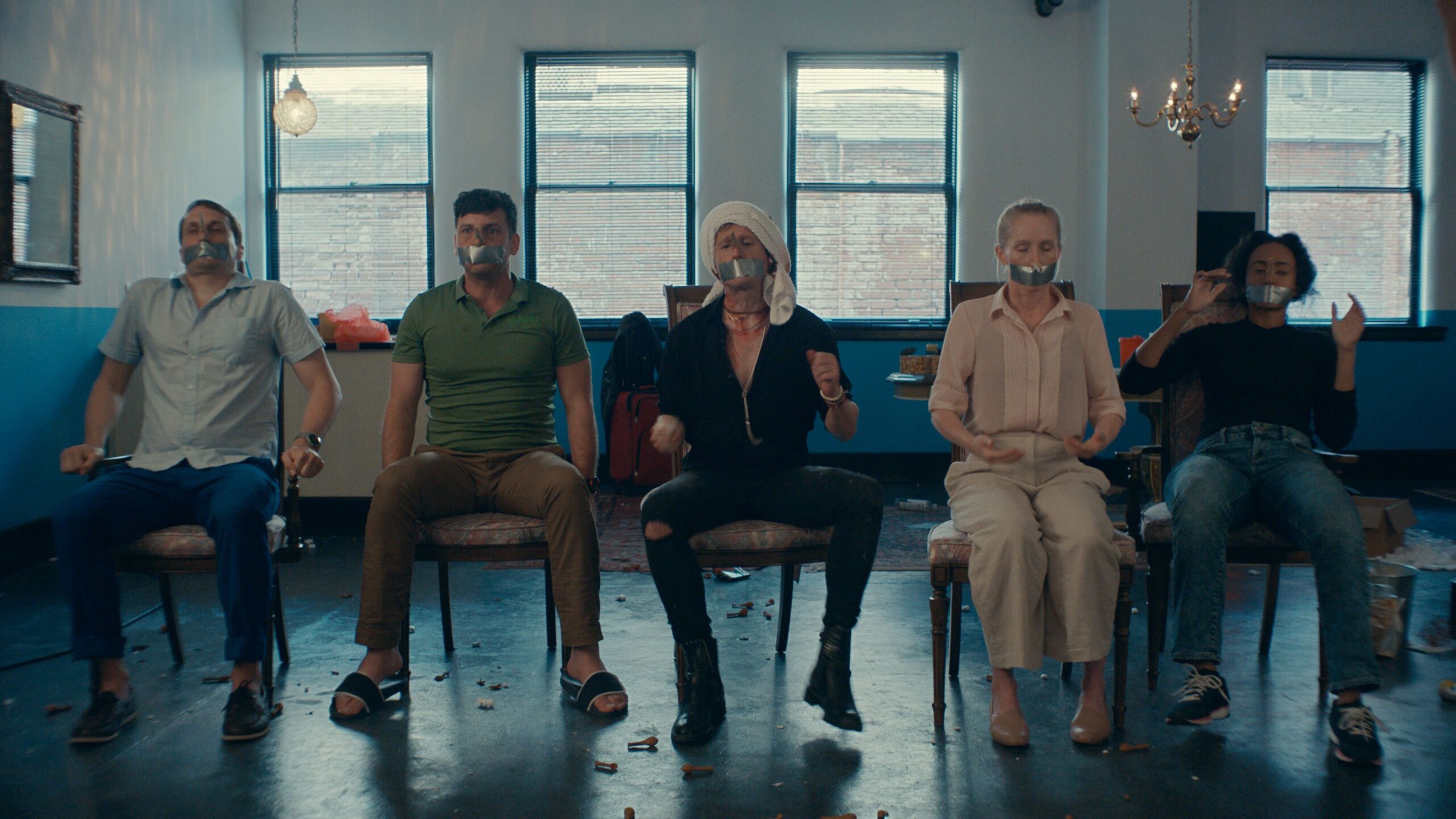 Stanleyville asks the question: What would you do for personal enlightenment …or a habanero-orange compact sport utility vehicle?

The rest of the movie does not only not answer that question, but it creates even more purposeless confusion. Protein shakes and pyramid schemes, science fair transmission devices, songwriting, and murder are some of the things in this mixed bag of a film.

There are interesting characters, some interesting world-building, and an interesting Kafkaesque element, however, none of it really goes anywhere interesting. As far as I can tell, there’s no message or meaning or purpose to neither the parts nor the sum.

Existentialism is examined, but there is no comment to be made. The role of destiny or chance in life is never fully understood. Perhaps that’s the message. Nobody knows anything and life is just a series of weird challenges and obstacles. Kill or be killed, a dog eat dog world.

While the ending leaves much to be desired and many questions unanswered, the journey isn’t a total loss.

Susanne Wuest is completely arresting on screen as Maria Barbizan. Even as one is left feeling unsatisfied by the end, it’s a pleasure to spend time with her during this mysterious social experiment gone awry. Her intense passion and willingness to participate in the nonsensical means to an ambiguous end is commendable.

Felicie Arkady (Cara Ricketts) is the opposite. She is apathetic and detached. Playing the game cunningly, ruthlessly, and literally—caring only about the material prize, one habanero-orange compact sport utility vehicle. One is able to root for her while not knowing her motivations or really anything that might pertain to her life outside of Stanleyville.

Which brings us to the elusive titular Stanley.

Granted that I know little of my real self, still, I am the best evidence for myself.

There’s potential here for something cool. Who is behind the unorthodox competition? What is his profound philosophy? It’s not explicitly explained that there is even a man behind it at all. Maybe it’s an organization.

It’s not for us to know, apparently.

Stanleyville might be more effective as a stage play or a short film. The beauty lies in the performances and a lot can be done with visuals as this film not only suggests but proves. The sets are fantastic with a messy, modern European aesthetic and attention to weird details.

The whimsical yet nightmarish nature of the film doesn’t lean too much in favor of either whimsy or horror, making Stanleyville middle-of-the-road fare on the way to nowhere.

A Look Back at Romy and Michele’s High School Reunion