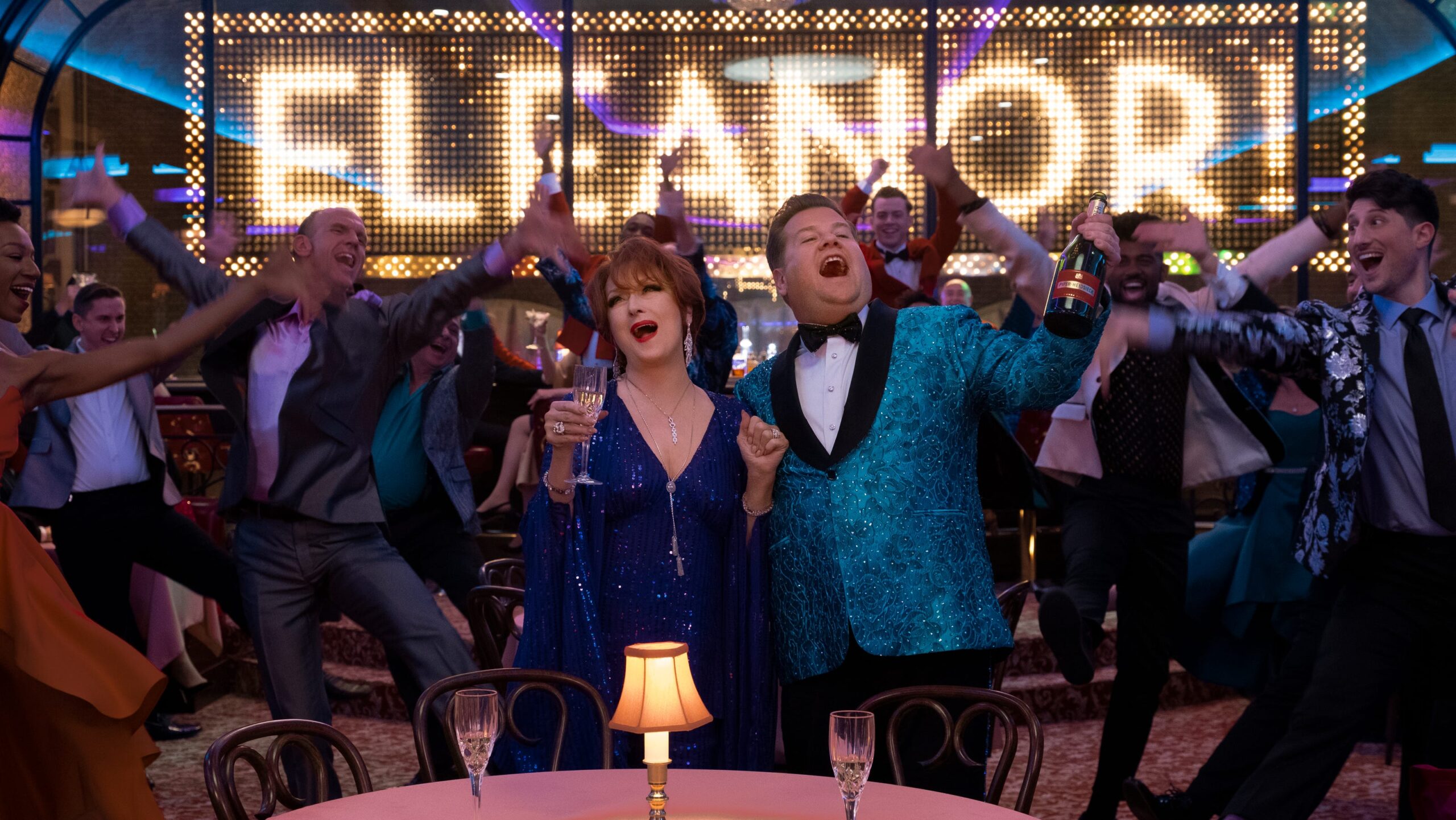 For many teens, attending their school’s prom is a right of passage. It’s a night where they get to have fun and cut loose, and know that the stress of adolescence is almost over (unaware that the stress of adulthood is just about to begin). While the prom is often seen as a magical night for everyone, the fact unfortunately remains that for many LGBTQ+ youths attending prom can be a heartbreaking event and an exercise in humility that stays with you forever. It’s one of the reasons why Ryan Murphy’s latest project for Netflix, The Prom, was generating so much buzz and had audiences excited for this December feel-good musical.

Unfortunately, while the movie is entertaining and certainly has its fair share of fun moments, there’s still a lot that’s left to be desired.

Based on the musical of the same name, which made its Broadway debut in 2018, with music by Matthew Skylar and lyrics by Chad Beguelin, the film follows the journey of Emma Nolan (Jo Ellen Pellman) who is at the centre of controversy in her small, conservative, town in Indiana. When it’s revealed that she wants to bring her girlfriend to the prom the PTA, helmed by Mrs. Greene (Kerry Washington), decides to cancel the event. The news of this ruling reaches three Broadway actors struggling to make an impact in recent years with their career—Dee Dee Allen (Meryl Streep), Barry Glickman (James Corden), and Angie Dickinson (Nicole Kidman)—who decide to go down to Indiana and champion Emma’s cause in the hopes that it will bring them positive publicity. The narrative then follows the Broadway stars as they learn what it means to be good people, the importance of letting go of the past, and how to be selfless. Meanwhile, Emma has to navigate what it means to be true to herself, what it means to be brave, and what it means to be in love. Emma’s closeted girlfriend, Alyssa (Ariana DeBose), also has a powerful coming out moment to her mom who’s none other than Mrs. Greene, and all’s well that ends well in this now-inclusive town in Indiana.

Although The Prom is disappointing in more than a few ways, and we will get to those soon enough, it’s important to recognize some of its successes. The first, and most important of which, is encouraging queer representation. Although The Happiest Season, directed by Clea DuVall, is getting all the attention this winter for its depiction of romance between women, The Prom arguably does it better. While that might seem like a bold statement, showing a young woman coming out to her community and then fighting for her right to be her authentic self is an important narrative to tell. We often see this story being told from the perspective of an adult or through the point of view of a young man coming out about being gay, so it was heartwarming to see an openly queer teen get the happy ending she deserves.

Another success from The Prom is how it handles Alyssa’s coming out story. While her mother is staunchly homophobic throughout the movie, there’s a tender moment between the two of them when Mrs. Greene admits that she doesn’t want her daughter to be a lesbian because “I just don’t want you to have a hard life.” Alyssa, having been forced to hide her queerness and pretend to be someone she’s not, counters that her life is “already hard.” While Mrs. Greene is reluctant to accept her daughter, by the film’s conclusion she admits that her relationship with her daughter is more important than her prejudices.

Despite these successes, The Prom fails in more than a few major ways. The first is that it depicts, like most major narratives that focus on queerness, a doom and gloom coming out story for all of its queer characters. Emma was kicked out of her home and has been raised by her grandmother, Barry left home when his parents couldn’t accept his sexuality, and even Alyssa is forced to remain closeted and faces initial rejection by her mother. While plenty of queer teens face adversary when they come out, painting all coming out stories with the same brush can help fuel anxieties and keep people feeling like they have to choose between being themselves or keeping their families.

Additionally, Ryan Murphy spends the first thirty minutes of the film highlighting the irony of performative activism. The movie looks at how celebrities can undertake charitable causes to bolster their careers and fame by centring themselves in other people’s narratives. It’s an interesting idea to explore, or at least it would be if it wasn’t constantly brought up with about as much subtlety as Corden’s acting. The irony of this movie doing that, when it’s being marketed as a movie that brings people together during the holidays, shouldn’t be lost on anyone either.

Another major failing from The Prom is James Corden’s depiction of Barry Glickman, a part originally written for queer Broadway actor Brooks Ashmanskas. While the role was written for an actor known for being famously flamboyant, Corden’s portrayal of the character felt more like a caricature of gay stereotypes than a thoughtful performance. While we’re not going to talk about whether straight actors should take queer roles in film, there should have at least been an attempt to play the part with sincerity and nuance. A straight man playing a flamboyant character doesn’t feel like a performance choice so much as it does a cliche that was dated in the ’90s and is clearly in bad taste today.

On top of all this, the characters throughout the film are downright unlikeable, even at their most sincerely philanthropical. Meryl Streep’s Dee Dee is infuriating, and while it’s great to see a romance blossom between an older woman and a younger man—in this case, the principal of the school, Principal Tom Hawking (Keegan-Michael Key)—given how desexualized older women become in media, the relationship felt unbalanced and exhausting. It wasn’t cute seeing her continue to pursue him when he repeatedly asks her to stop, and the free emotional labour she’s expecting out of their new romance is a giant red flag. She needs a therapist to work through her trauma, not a high school principal she’s pressured into going out.

If you’re looking for a film that’s mindless fun and has queer representation—and you’re not fussy about what kind of representation that is—then The Prom is for you. It does have laughs, the songs are kind of fun, and you’ll definitely be rooting for Emma and Alyssa by the end of the movie. If you prefer a more nuanced take on adolescent coming-out stories and characters then you might want to give The Prom, available on Netflix on December 11th, a wide berth.

The Most-downloaded Apps of 2020: There’s a new king in town!