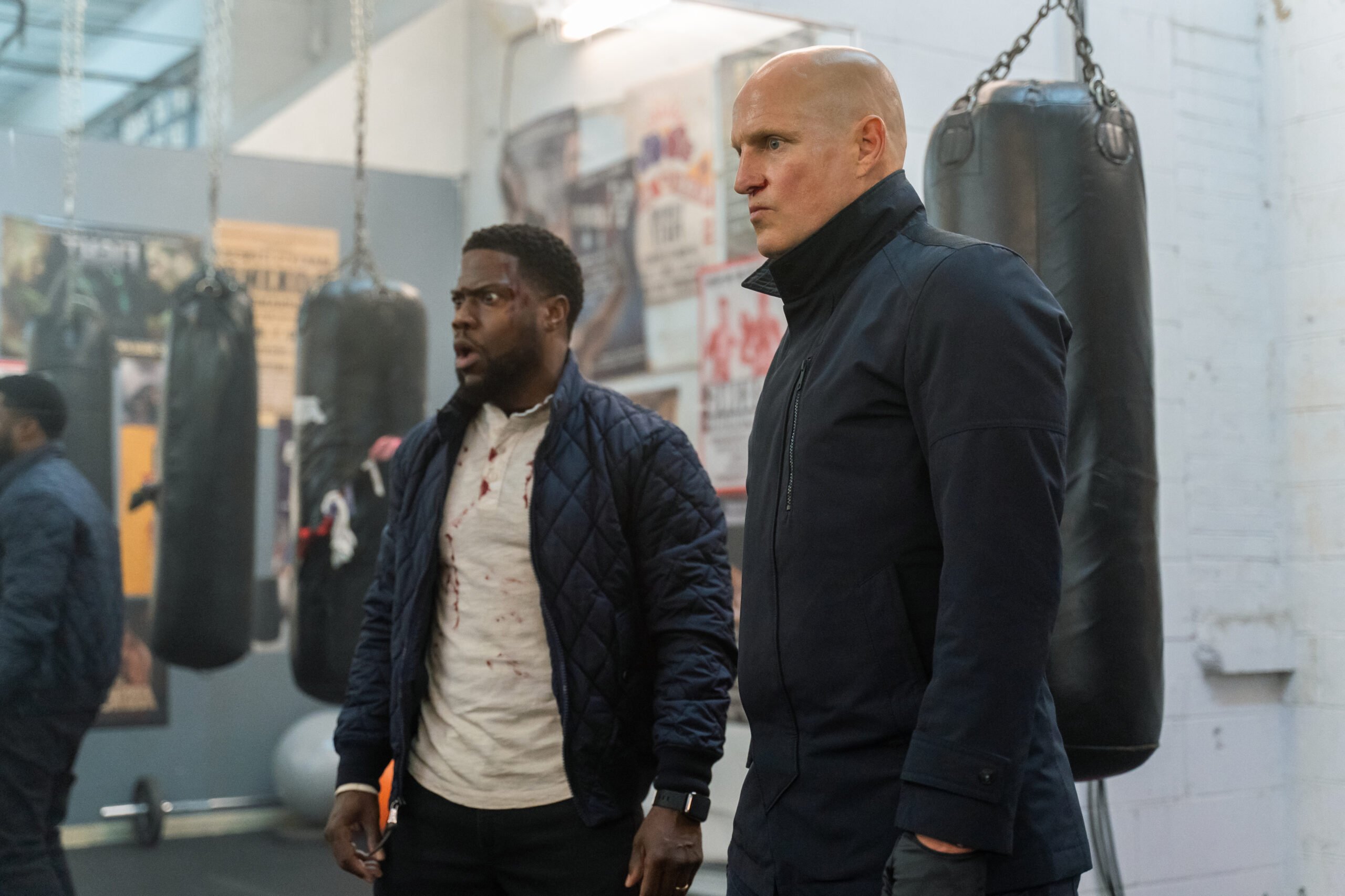 The Man From Toronto Review

The cannon fodder of the streaming wars will always be movies like The Man From Toronto. Strung together by a series of generic plot devices, two charismatic leads, and a digital aesthetic that says “Yes, you may watch me on a plane or on your phone”, the buddy cop movie requires very little effort to be marketable. However, Patrick Hughes’ latest film isn’t just bland and predictable – it doesn’t even meet the bare necessities to make a film like this even slightly entertaining thanks to the lack of chemistry between its two lead stars. The Man From Toronto is another unimaginative piece of content designed to placate instead of thrill.

An illegible booking receipt leads Teddy (Kevin Hart) to a remote cabin for a getaway with his partner where he is mistaken for The Man From Toronto (Woody Harrelson): a legendary hitman known for his ruthlessness and cold demeanor. While his name may seem a bit too long to use in conversation, that doesn’t stop every character from referring to him exclusively as The Man From Toronto, which is even further made exhausting as other characters like The Man From Miami and The Man From Toyko begin making appearances. A very haphazardly put-together attempt by the writers to do a similar type of world-building as John Wick, but without a core, plot to truly make any of it matter.

The biggest fault in The Man From Toronto is that it just doesn’t have any character. Every beat, from the hitman who always wished to do something else with his life to the man who can never get things right, feels lifted from another film of the same ilk. The setting isn’t actually Toronto either, which might be why no one told Woody Harrelson that he keeps saying Toronto wrong (you don’t pronounce the second ‘t’, that’s just common knowledge). There’s virtually nothing in here that feels earnestly felt by either the actors or the directors and writers.

Humor is also not the film’s strong suit despite having two people who can be funny in the right circumstances. The problem is that Hart’s character is like every other one of Hart’s characters – scrappy but frequently reluctant when push-comes-to-shove until finally he’s forced to make an easy decision. Hart, like Ryan Reynolds (who starred in Hughes’ previous films The Hitman’s Bodyguard and The Hitman’s Wife’s Bodyguard), seems to perform in a vacuum. His jokes are often a reaction to someone else, but without feeling like it’s a reaction to someone else across from him. Very rarely does Hart feel like he’s adapting to the actor he’s put with, which Reynolds also struggles with.

So put up against Harrelson, Hart is forced to wisecrack his way against an actor who can both be slightly menacing and do some of Hart’s humor. Unfortunately, Harrelson also fails to stand out as the film doesn’t really know what to do with him. Instead, The Man From Toronto just devolves into two actors playing slight variations on roles they’ve done a million times. Originally, Jason Statham was going to play Harrelson’s character which likely explains why Harrelson is forced to be a ruthless assassin when he’s better suited with less physically demanding roles.

Which leads to the action that leans more into being humorous than well-choreographed or thrilling. It’s a whole mess of ideas that never have the intended effect because neither actor ever feels like they truly belong in their role. It’s also all just sloppily thrown together, right down to the inciting incident that brings the two characters together: why Teddy printed an Airbnb reservation off when it’s an app, I don’t know, but it leads to him running around screaming “It’s a low toner situation” instead of saying “It’s a case of mistaken identity”.  The entire plot is so unbelievably vapid that you almost can’t fault the screenplay for being consistently bland.

Seemingly designed specifically for two actors’ charisma and names to carry it, The Man From Toronto always feels devoid of any creativity which results in the comedy also being stale. Even for a film to put on in the background, Hughes doesn’t seem interested in providing anything substantial to make people look at the screen once in a while. It’s just fodder, thrown into the content mill hoping to get one person to see either Hart or Harrelson and mistakenly decide to press play.