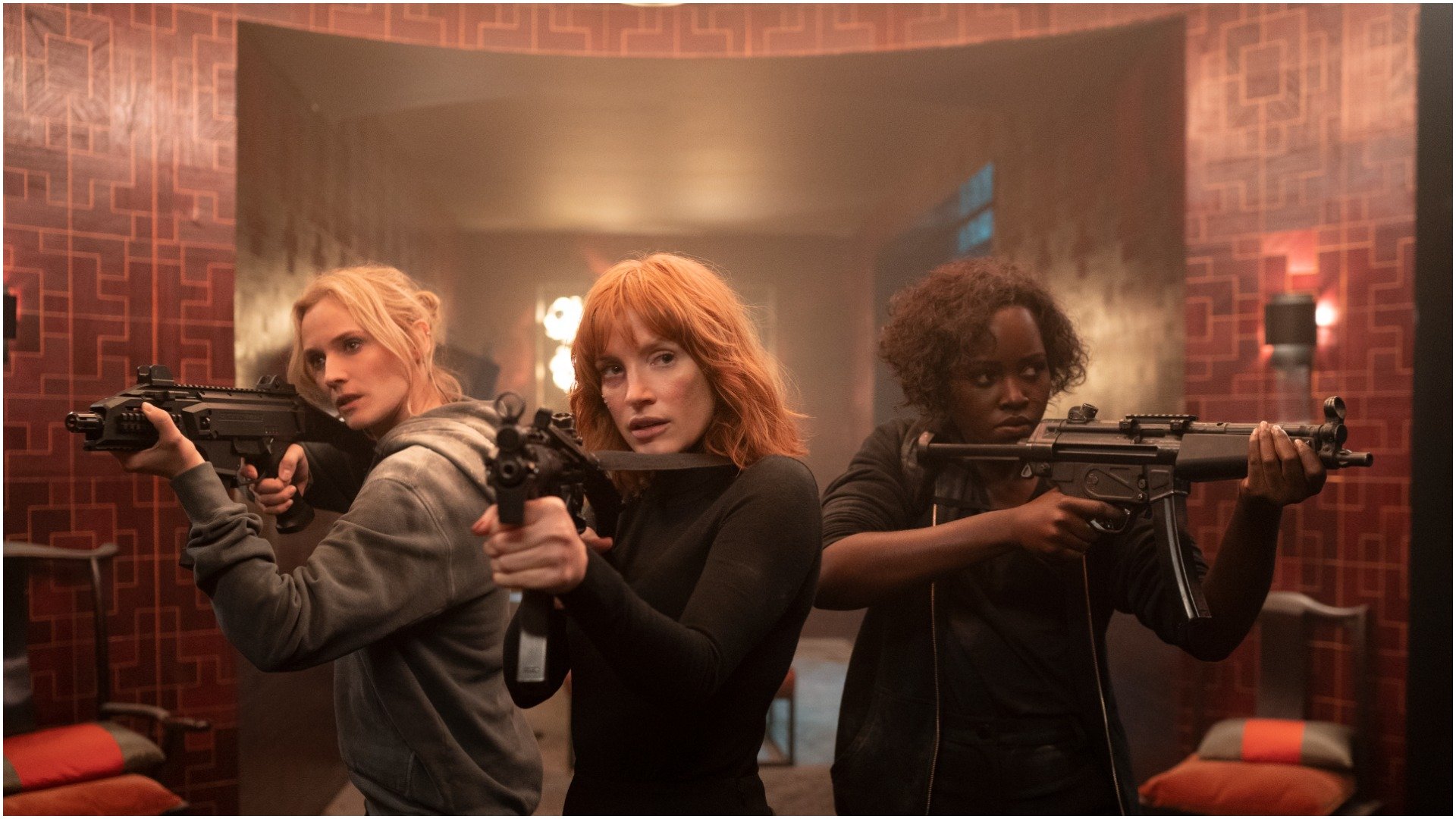 Yes, it’s January action movie season, and the first century in 2022 is The 355. Instead of the usual seasonal MVP Liam Neeson, the film stars five actresses, in the latest all-female action-adventure team-up, in the tradition of last year’s The Old Guard.

The 355, named for the code name of an agent during the Revolutionary War, takes most of its inspiration from the Mission: Impossible series: It’s an action movie, mostly built around spies, featuring a plot with lots of twists, turns, and double-crosses. The twist, of course, is that the team is all-female, featuring actresses from all around the world.

The film has an appealing cast and a promising premise, but it’s ultimately undone by a wholehearted embrace of all of the worst action-adventure filmmaking techniques of the past two decades.

The film begins with what appears to be a spy scenario involving Sebastian Stan and Jessica Chastain as spies and longtime friends who have to pose as lovers in order to carry out a mission in Paris. This ten-minute chunk of the film actually hints at something fascinating, as the two prove to have fantastic chemistry.

But of course, everyone seeing the movie has seen the poster and they know that the men (Stan and Edgar Ramirez) will be quickly sidelined and all the half-dozen women will end up on the same team. They are agents for the CIA (Chastain), Britain (Lupita N’yongo), Germany (Diane Kruger), Colombia (Penelope Cruz), and, eventually, China (Fan Bingbing.)

These are all very strong performers, and it’s great seeing them working together. It’s also notable that in this age of so many actresses getting disappeared at a certain age, Chastain, Cruz, Kruger, and Bingbing are all in their 40s, while Nyong’o is 38, even if none of them especially look it.

The plot is some nonsense involving cybercriminals and a plot to steal the NOC list, er, an all-important flash drive.

There’s another notable thing on that poster- that The 355 is “from the studio that brought you” the Jason Bourne movies. This, as always, is ridiculous- who will be swayed by a movie coming with none of the same actors, writers, or directors as a different movie released by the same corporate entity, more than 20 years ago?

But really, it’s instructive: The 355 takes most of its action cues from Bourne: Shaky cam, overuse of handheld cameras, and one-on-one fight scenes that are such a blur that it’s practically impossible to tell what the hell is going on. I’m used to that sort of thing by now, but the action filmmaking in this film is especially shoddy.

Also, just like that other movie where Jessica Chastain went to battle with international bad guys, Zero Dark Thirty, there’s a torture scene.

The film comes from the director (Simon Kinberg) and the co-star (Chastain) of the worst film in the X-Men franchise, Dark Phoenix; Kinberg co-wrote the script with Theresa Rebeck, the playwright and TV writer who created the infamous TV series Smash.

Those people and almost everyone else involved in The 355 has done much better work than this, which doesn’t seem destined to become one of those January action movies that get remembered as dumb fun.

The Lost Daughter: Children Are a Crushing Responsibility