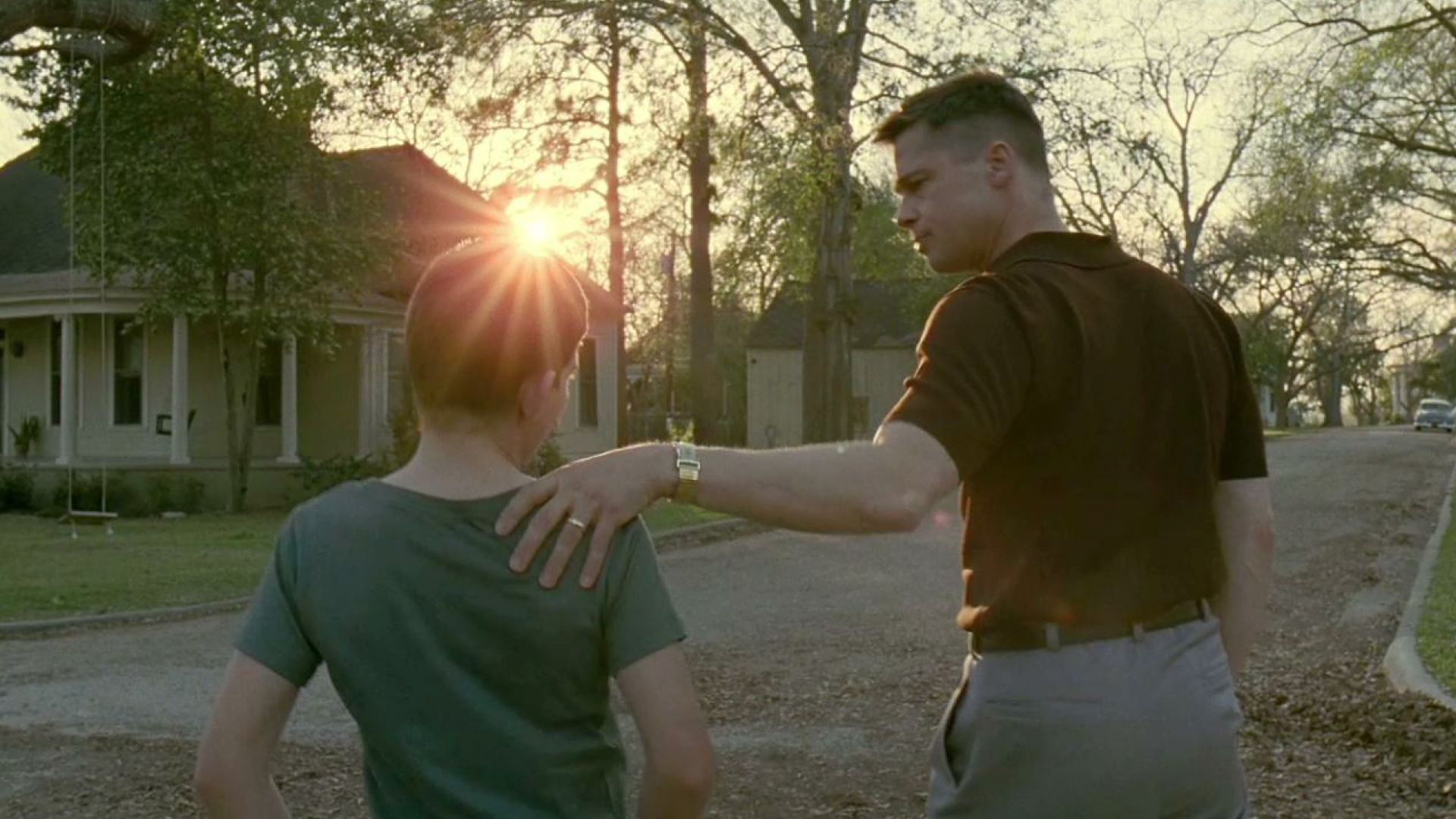 10 Years Later: The Tree of Life

With a scope that dwarfs most entire directorial careers, Terrence Malick’s fifth feature was destined to be the subject of endless interpretation and speculation. Readings ranged from the autobiographical to the Biblical, to the psychoanalytic, to one that would paint the film as nothing more than a legendary filmmaker gone mad with hubris. Despite the widened canvas and newfound technological ambition, The Tree of Life shares with his other four features unparalleled attention to the minute details of existence that tend to slip through the cracks of cinematic representation.

Tree of Life, Malick’s first-ever Palme D’Or winner, is everything it was purported to be: a dizzying space ballet, an extended riff on mortality and God, a prehistoric travelogue, and an intimate portrait of a family parceled out across the span of multiple decades, but it’s the latter category takes up the most of the film’s 138 minutes and whose emotional energy is meant to propel the rest of the film’s excesses. The film’s first half-hour is the most frustrating: as we witness Mrs. O’Brien (Jessica Chastain) receive awful news from the postman, and word travels to her workaholic husband (Brad Pitt), while decades later their adult son Jack (Sean Penn) seems to carry the weight of the world, and his family’s grief. This is all heavily intercut with the nature imagery and portentous voiceover that Malick is known for, only this time nature gets its own narrative: with the aid of extensive and mostly flawless CGI, Malick goes back to the beginning – all the way back – to take in the forging of the Universe and of life and land on Earth. (Yes, this includes a scene with some dinosaurs, but it’s mercifully brief – and their behavior is distinctly Malickian.)

After this extended flight of fancy, the film settles down for an extended period as we meet the younger O’Briens and their three boys in the 1950s, most prominently the young Jack (Hunter McCracken), who we witness grow from birth to quietly rebellious boyhood. His father is a stern, occasionally cruel Navy man and frustrated entrepreneur whose visions of greatness for his family sometimes clash with his children’s individual coming of age. The struggles between father and son, child and expectation, awe and danger, are in constant flux throughout this portion of the film, keeping the ever-present air of nostalgia from becoming too prominent. Malick’s careful direction of actors so crucial to his other films is present here, particularly in McCracken and Pitt’s scenes together, which evoke equal parts love, confusion, and terror. While the film is notably bloodless – its characters rarely, if ever, lapse into outright violence or lust – a streak of darkness keeps the proceedings from seeming like rose-colored revisionism, most indelibly in a moment when Jack briefly considers doing away with his father altogether.

With the aid of DP Emmanuel Lubezki (The New World, Children of Men), Malick uses an alternately subjective and free-floating camera to observe Jack and his brothers’ existence with incredible sensitivity. A singularly Catholic moment in which Jack returns home after having committed what, for a relatively well-behaved young boy, seems like the most terrible transgression possible, his trembling approach towards his mother – who knows he’s done something wrong and looms over him on the front lawn awaiting his explanation – is imbued with the boy’s sense of dread, guilt, and shame. Alexandre Desplat’s score is just as sympathetic – Jack’s troubles are dramatized as being as seriously and as deeply felt as all things are at that age, with absolutely no sense of ironic distance.

It’s that steadfast commitment to open-faced sincerity that makes The Tree of Life such a perilous high-wire act. Many individual scenes –  Penn’s grown-up Jack pouting in his beautiful apartment with a beautiful woman, the dinosaurs, the Nova-esque depiction of evolution, a climactic reunion that might represent the afterlife or some kind of universe-ending singularity (or both) – flirt with or outright cross over into the wonky, the sentimental, or the ill-conceived. Yet, despite these lapses, the film manages to hold together thanks to its surfeit of emotional verisimilitude. For all the talk of God that permeates the whispered voiceovers and the constant focus on the sun, and for all its cinematic daring, The Tree of Life works most powerfully as an elaborate paean to memory, whether it’s God’s, nature’s, or our own.

The Tree of Life and How Malick Challenges the Medium