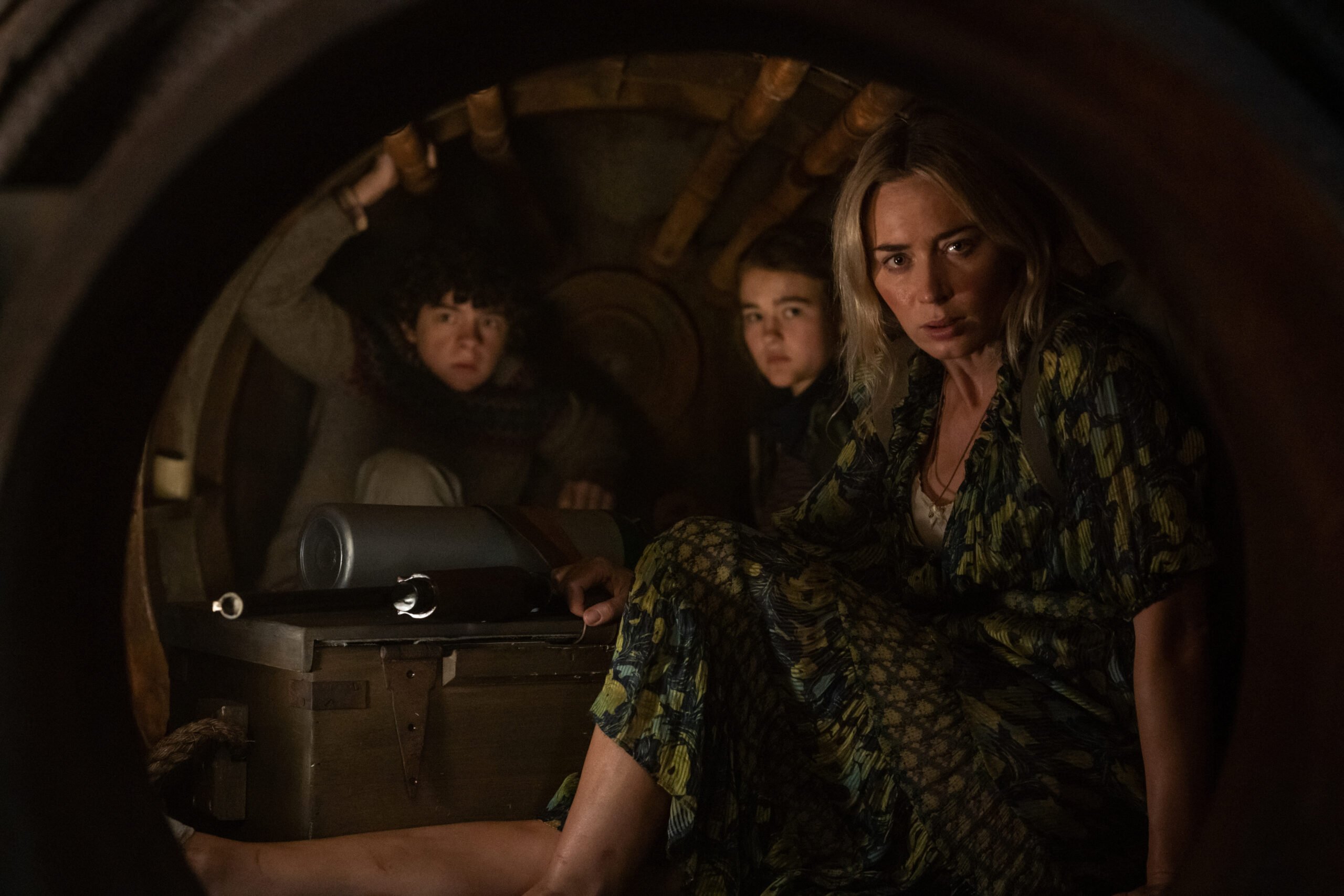 A Quiet Place, the sleeper horror movie that was a pretty big hit in 2018, had a great idea, one that was much better than its execution. Aliens invade, those aliens can’t see but have an acute sense of hearing, meaning that making even a little bit of noise likely means an alien attack and near-certain death.

The aliens were terrorizing a central family, which included a deaf daughter (Millicent Simmonds), and also a pregnant mom (Emily Blunt), who has the knowledge that childbirth and newborn babies aren’t exactly known for being quiet.

However, the movie itself never quite lived up to the premise and felt at times like an extended episode of The Walking Dead. That show ran out of runway on its premise after four or five seasons, but A Quiet Place was out of steam by the end of the first movie. The aliens, while having an intriguing backstory and lending themselves well to jump scares, didn’t look all that cool. And it also didn’t help that the original film appeared to borrow its ending from Tim Burton’s Mars Attacks!

The Quiet Place, though, was a huge hit. And John Krasinski – who directed the movie and also played the family’s dad – must realize his miscalculation in killing off his own character at the end of the first movie, now that he has a potential never-ending franchise on his hands.

Now there’s the sequel, A Quiet Place: Part II, which has been delayed from its original release date over a year ago; it was set to come out the week after the pandemic began. The film’s press kit reflects this; it includes elements from the film’s original press tour in the spring of 2020 and the second one a year later.

As for the quality of the film, it’s more of the same, really, although it just shows that there aren’t many more places to go with this material.

Krasinski is again the director, and the film begins with a prequel prologue depicting the onset of the original invasion, in which the actor once again appears. This flashback sequence, complete with some obvious 2020 quarantine parallels, is the tensest and tightest part of the film. But the flashback is somewhat undercut by the two children (Noah Jupe and Millicent Simmonds) being noticeably older than they were in the first film.

In the contemporary section, the Krasinski stand-in is Emmett (Cillian Murphy), a survivalist type who tries to help the remaining family, by sheltering them in his fortified compound. The plot, though, is pure Walking Dead, as individual characters need to venture out on specific missions, have run-ins with the aliens, and have confrontations with survivors both friendly and not-so-friendly. And Marcus, the son, steps into a bear trap, also not a great thing to have happened to you when your survival depends on being dead silent.

Strong as the prologue is, the rest of the film is mostly listless. The characters hear a radio signal, indicating that other survivors are out there, so the majority of the contemporary plot has the characters separate from one another, on specific missions to retrieve particular MacGuffins. This, once again, is a plot failure lifted straight from The Walking Dead, as the movie feels the need to split up the ensemble in favor of individual missions that aren’t nearly as compelling as the inter-family dynamics.

The presence of a baby also somewhat handicaps the plot, unless you really can’t get enough of child endangerment-related suspense. And this is another film where aliens who can’t live in water chose to invade a planet covered in it.

The characters later confront a pair of recognizable actors; one doesn’t speak at all, while another arrives and then dies violently about five minutes later. It all ends with a sequence of parallel editing that isn’t quite as clever the film thinks it is.

Thelma and Louise at 30: A Road Movie that Doesn’t Go Off a Cliff