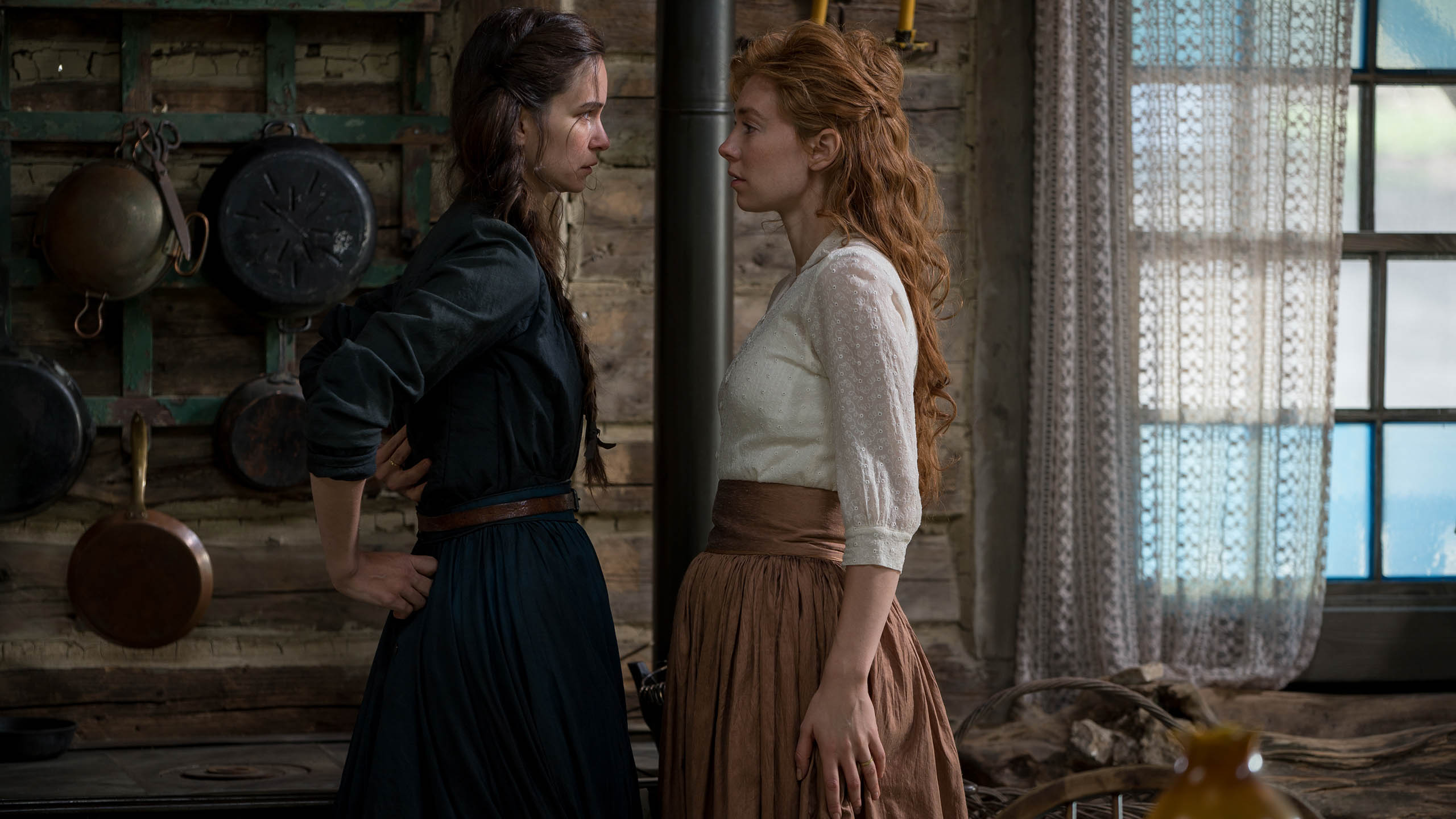 In Mona Fastvold’s romantic drama The World to Come, one woman finds love again after nearly giving up hope in the wake of a devastating tragedy. The movie’s lesbian romance is likely to draw comparisons to other period romances like Portrait of a Lady on Fire and Ammonite, but Fastvold has made a moving and distinctive film that stands out on its own merits. The film boasts an elegantly minimalist screenplay and crisp cinematography, but it’s the uniformly stellar performances from its quartet of lead actors that give it such an emotional gut punch.

The World to Come boasts what appears to be a frontier setting, but it’s set in a wooded East Coast area in the mid-nineteenth century. Abigail (Katherine Waterston) lives a life of tedium on her modest farm with her tight-lipped husband Dyer (Casey Affleck, who also produces). The two seem to be going through the motions, as she cares for their home while he manages their livestock. Amid a brutal winter, she shares via narration from her diary and flashbacks that they have recently lost a child, and with her has gone whatever sense of love they had for each other. The film, which is written by Ron Hansen and Jim Shepard from Shepard’s short story of the same name, leaves it ambiguous as to whether the two had something more closely resembling a strong relationship before their loss. Now that it’s just the two of them, both Abigail and Dyer and withdrawn and reticent to speak of the growing rift between them.

But Abigail’s spirits are buoyed when they get a new set of neighbors, Tallie (Vanessa Kirby) and her husband Finney (Christopher Abbott). Tallie makes the initial introductions, and it’s clear that Abigail has been desperate for a friend to assuage her loneliness. The film’s period setting will lead many viewers to expect an achingly slow escalation of their affections, but Tallie is surprisingly flirtatious even in her first scene with Abigail. It’s a welcome departure from the sometimes-overwhelming sense of decorum that afflicts some period dramas. People in the United States of the 1850s likely weren’t as prim and proper as some films and novels would have us believe, so the directness of the two women is refreshing. But their barely concealed feelings for each other come at a price, as both Dyer and Finney suspect that something is going on between the two. The World to Come’s dialogue may successfully push back against its period trappings, but the characters make choice elsewhere that don’t make sense for the time period. The two women send letters back and forth at one point in which their passion for each other is only thinly veiled, yet they don’t consider the fact that their jealous husbands could read the letters (and one does). They’re essentially the property of their husbands, at least by legal and cultural standards at the time, so it’s surprising that they would take such risks while knowing that.

But those flaws dissolve in the face of the film’s uniformly strong performances. Waterston and Kirby are wonders, and Waterston in particularly is an expert at conveying emotions through the slightest of gestures and facial expressions. Like the story it’s based on, The World to Come is light on dialogue, so it’s up to the two actors to convey their feelings without saying everything they mean. The male actors also give strong performances, but their roles are considerably smaller than their costars’. It’s a shame, as Affleck and Abbott are among the greatest actors working today, but Waterston and Kirby are more than able to carry the film. The men serve as interesting counterpoints to each other, as Dyer’s touching affection for his wife leads him to support her long after he has figured out what goes on between her and Tallie, whereas Finney’s barely controlled rage threatens to boil over at any moment. The World to Come is often slow, and its romance is more chaste than some viewers will want, but it’s a stunning actors’ showcase that shouldn’t be missed.

Sundance 2021: At the Ready Examines how Texas High Schools Recruit Students Into Policing

Rumble in the Bronx, 25 Years Later