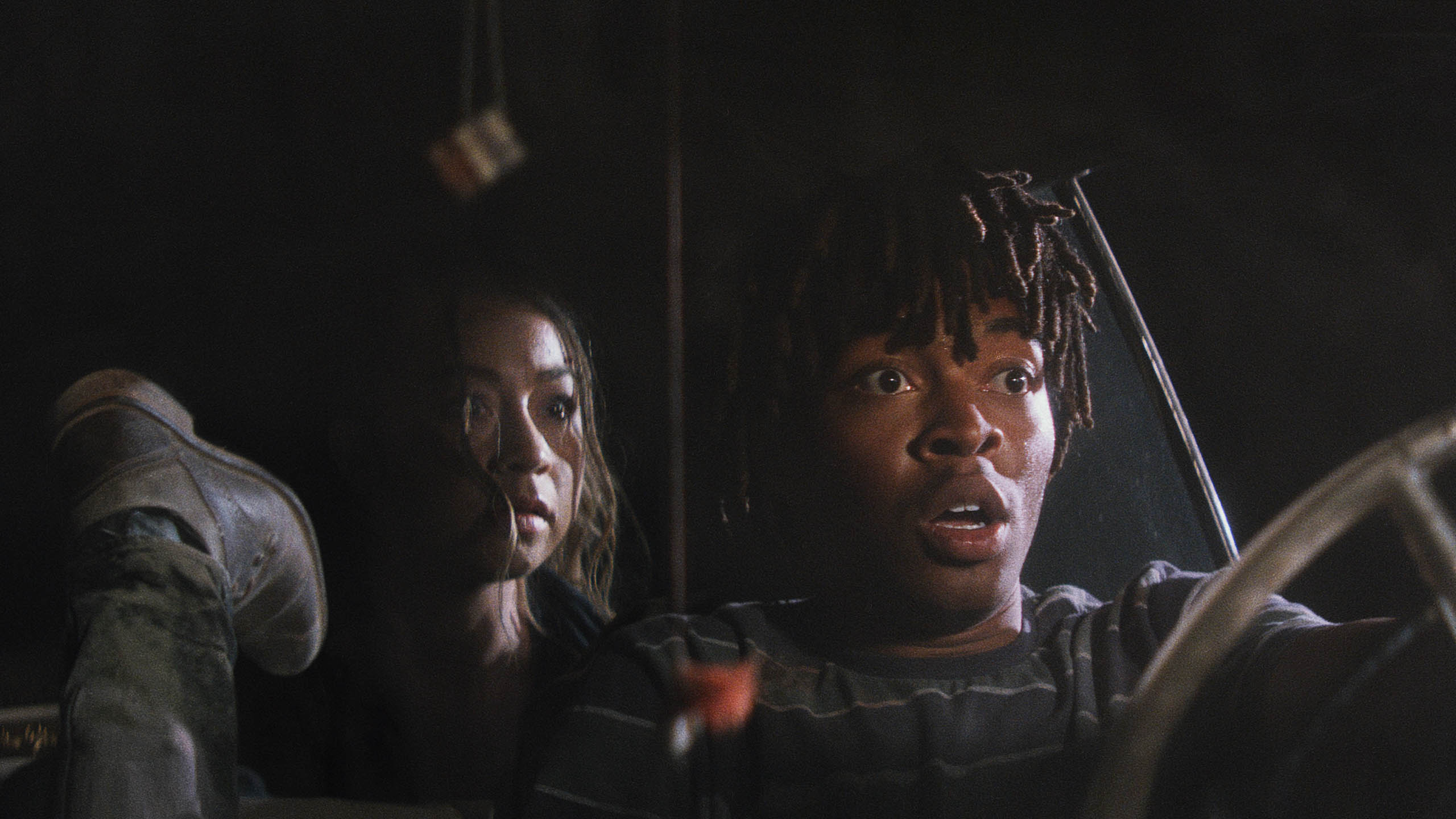 It wasn’t the buzziest or most star-studded film at the Sundance Film Festival in 2021, but First Date is one of the most purely enjoyable movies at the festival. It’s a comedy/drama informed by influences as different as Scorsese’s After Hours, Lucas’ American Graffiti, and the early works of Quentin Tarantino, especially True Romance.

It expertly juggles big tonal shifts, while delivering big laughs, memorable character beats, and a love story worth rooting for. It’s a winning entrant in the “one crazy night” movie genre.

Written and directed by the duo of Manuel Crosby and Darren Knapp, and shot in Northern California, First Date stars a cast of about 12 actors, none of whom you’ve ever heard of.

Tyson Brown plays Mike, a suburban teenager with a crush on the girl next door (Shelby Duclos). Mike is goaded by his obnoxious buddy first to ask her for a date, and for the occasion to buy a junky old car – a ’65 Chrysler in serious, hilarious disrepair – for $300.

This kicks off a series of wild adventures, involving the car, a shady salesman, a pair of bumbling cops, and multiple groups of criminals who have mysterious, murderous designs on this old junker of a car. Highlights include an elderly couple that owned the decades ago and a criminal crew that also runs a book club, occasioning loud and bitter crime scene arguments about “Of Mice and Men.”

The crime stuff is comical, with a tone similar to most movies that have non-criminals pulled into the criminal underworld and faring surprisingly well. It all ends with a Mexican standoff like the ones in Reservoir Dogs, True Romance, and all the other films from the ’90s that were either written by, directed by, or directly ripped off from Tarantino.

But what separates First Date from most movies of its kind is the love story, which applies stakes to the proceedings that go well beyond whatever happens with the crappy old car. Brown and Duclos are both outstanding, and I expect to see a lot more of them in the near future.

It doesn’t get too twee either, although if you thought it was too precious when movie teenagers listened to records, or favored music from the time that the middle-aged director was a teenager, this movie has both romantic leads owning eight-track players.

There’s no word on an acquisition for First Date, or when it might appear for general release, but it’s worth seeking out whenever it does.

Sundance 2021: Mass Fails Its Powerful Performances with a Lacking Screenplay

A Nightmare Wakes Charts the Birth of Frankenstein