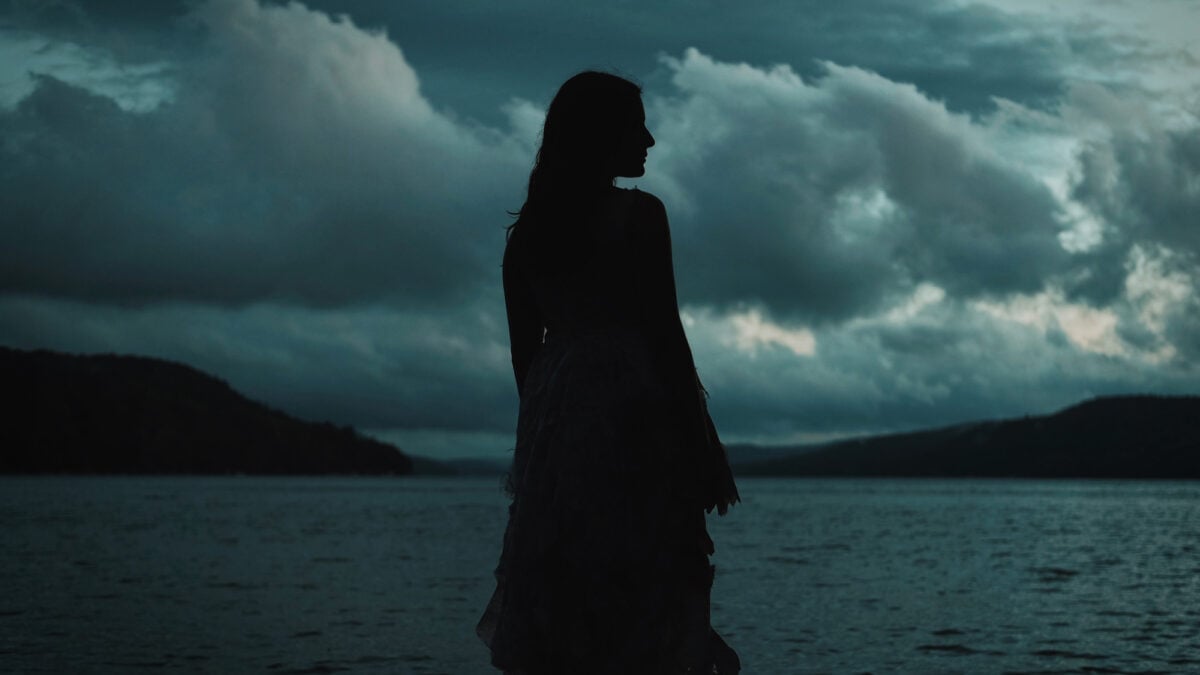 Nora Unkel’s feature directorial debut examines the inception of Frankenstein, Mary Shelley’s seminal classic horror novel, through the lens of horror itself. By exploring Shelley’s own traumas and tying them to the birth of Frankenstein, A Nightmare Wakes injects the traditional biopic with severity and sharpness that makes for a frightening take on the pain that creates art. While not always easy to watch, the film ends up being both haunting and beautiful in equal measure – capturing the toll that life takes on the human mind and the art that is formed from it.

What’s most compelling about A Nightmare Wakes (and perhaps its most ambitious conceit) is how it tells the life of Mary Shelley by drawing parallels to her most famous novel. Mary (Alix Wilton Regan) and her lover, Percy Shelley (Giullian Yao Gioiello), escape to a lakeside retreat at the estate of Lord Byron (Philippe Bowgen), with Mary’s step-sister Claire (Claire Glassford) in tow. As she begins to suspect Percy’s unfaithfulness to her and eventually suffers from a miscarriage, Mary descends into the darkest corners of her mind, and the initial ideas that lead to her magnum opus spill out onto the pages. Shelley’s life becomes the inspiration that devises Frankenstein; or, The Modern Prometheus while the novel also serves as her escape from the real-life fears that plague her.

There’s an undercurrent of sadness rooted in every scene of A Nightmare Wakes that gives it this ominous feeling that nothing will go right. Opening with a shot of a woman walking into the water with a newborn child (whose identity is shortly revealed), the film immediately drafts an atmosphere so unmistakably dark that only tortured souls could possibly exist within. Which is what makes Mary Shelley the perfect protagonist for a horror film as she wrestles with the demons that keep her up at night or that make the nightmares persist. An early scene of sexual violence incites what remains a constant tone of misery throughout Unkel’s film. It’s dark and terrifying but tastefully handled.

The misstep with A Nightmare Wakes is that its cast only has one bright spot: Alix Wilton Regan. She brings to life a pained individual, writing in the shadow of her lover while struggling to maintain her sanity as post-traumatic stress eats away at her soul. It’s an indelible performance that captures the essence of Unkel’s film. In such a small cast it’s easy to ignore everyone else, especially when Mary Shelley is the focal point of the film, but the rest of the actors pale in comparison and effectively drag the film down. It’s most noticeable in direct confrontations between Mary and Percy. This doesn’t ruin the film, but it does lessen the impact of particular scenes.

It’s particularly compelling to see how the film manages to create such a suffocating atmosphere of dread and still keep a shred of humanity under it. The production design and special effects are a large part of its effectiveness in garnering chills, but it’s Regan’s strong performance and the way the screenplay centers every tragedy from Mary’s perspective that keeps things from falling into a pit of misery. As a biopic, it takes a few liberties to tell its story, but it ultimately finds an equilibrium that helps take Mary’s story from simply a retelling of events to something more relevant and haunting. It’s not necessarily about fully capturing the life of Mary Shelley but understanding how pain and trauma birthed one of the greatest stories in literature.

In that regard, A Nightmare Wakes is sublime. Going into it, it’s easy to hesitate on whether another Mary Shelley biopic is worth experiencing, but Unkel makes it immediately apparent that she is not interested in treading the same worn-out ground. Instead, she blends the story of Frankenstein with the author’s life, taking viewers to the dark places that must be ventured to create something both personal and resonant. Written and directed by Unkel, there’s so much promise for her career shown in this film alone, especially in horror as she expertly plumbs the depths of trauma in a way that other directors tend to exploit. Achingly painful, A Nightmare Wakes is a must-watch for those looking for a horror film that is refreshing and innovative.

Sundance 2021: Together Together a sweet, platonic surrogacy comedy