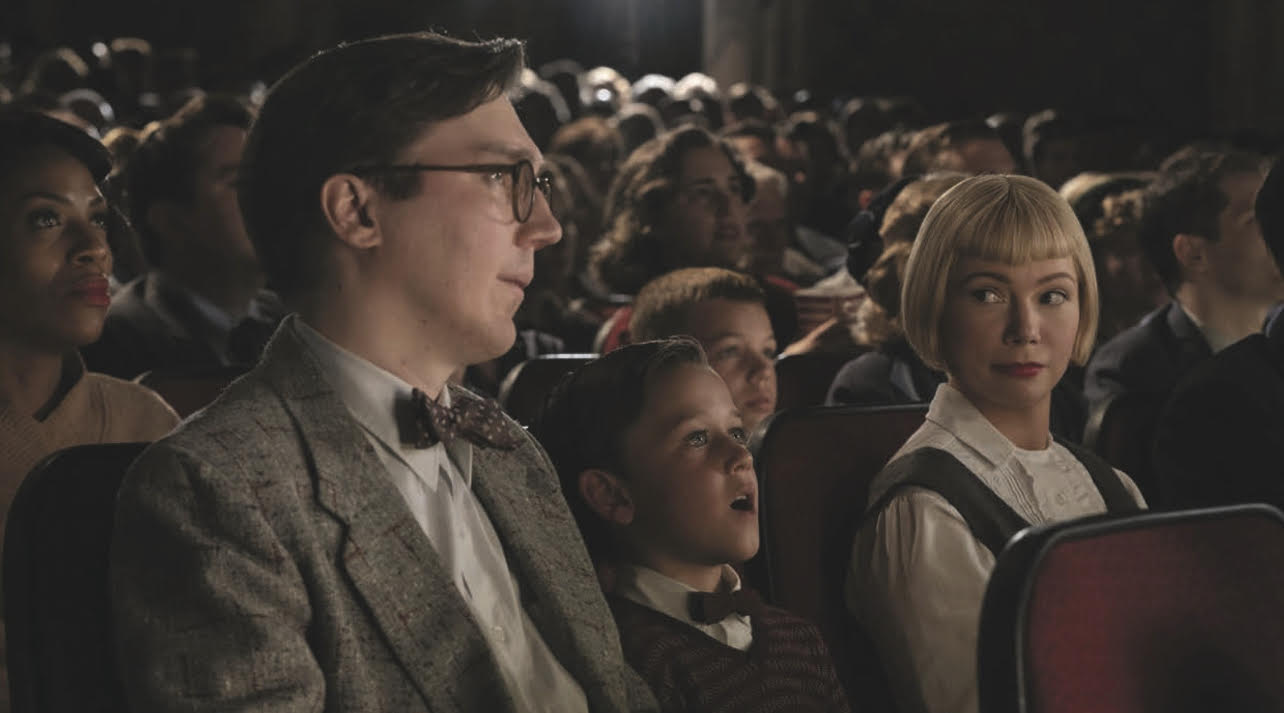 The themes of broken homes, absent fathers, and people haunted by their relationships with their parents in adulthood have been so recurring throughout Steven Spielberg’s filmography that I think I always assumed that his parents had split up when he was about ten years old (it turns out, it was much later.)

The Fabelmans, Spielberg’s new movie that had its world premiere at the Toronto International Film Festival, directly tells the story of the director’s youth and family life and gives us a close glimpse of Spielberg’s formative experiences.

The other side of the film is about Spielberg’s youthful experiences as a filmmaker and, perhaps most importantly of all, the director discovering what film can do, and what it can’t.

The Fabelmans follows the life of Spielberg’s fictional alter ego, Sammy Fabelman (played for most of the film by Gabriel LaBelle), starting in the late 1950s and continuing through the mid-1960s. He lives with his parents (Paul Dano and Michelle Williams), along with three younger sisters, and seemingly always around is his “Uncle Benny” (Seth Rogen), his father’s best friend.

The first scene of the movie has Sammy taken by his kids to his first-ever movie, The Greatest Show on Earth, in the early 1950s. As someone who took his then-four-year-old to see Spielberg’s The BFG in 2016, only to have him run screaming from the theater, I could relate to that opening scene.

Before long he’s trying to re-enact the train crashes and film them. Soon, he’s making movies of everything, from faux-Westerns with his friends to movies about home camping trips. The scene in which his dad asks him to edit a home movie when he’s prepping his war film should be seen as a commentary on Spielberg’s penchant for always having multiple projects going at once, like when he released Jurassic Park and Schindler’s List in the same year.

The film follows the family to Arizona and later Northern California, therefore introducing anti-Semitic bullies and a Christian girlfriend who’s trying to convert him. Throughout, Sammy uses the gift of filmmaking- to gain friends, impress girls, and execute complex revenge against his bullies.

He also uses it to try to keep his family together, although that shows that film has its limitations (as demonstrated in one scene that’s a clear homage to Blow-Up and The Conversation.) However, the real-life Spielberg would spend much of his career dealing with that failure.

The cast is uniformly excellent, especially Michelle Williams as the filmmaker’s depressed mother. Williams may not be the intuitive choice to play a midcentury Jewish mother, but her success in the role shows that proposed ethnically-uniform casting has its limitations. That issue, as well as whether Spielberg is using the film to air dirty laundry and throw his late mom under the bus, are questions likely to be litigated in the coming months.

Judd Hirsch is in the film for just one scene, but it’s such a brilliant little performance that it drew applause at the premiere- and I expect it to bring the 87-year-old veteran actor awards attention.

The Fabelmans, which comes out in November, is a special film, the kind of movie-about-movies that the Oscars have traditionally loved. I’m glad Spielberg got around to making such a personal movie before he reaches the end of his career.