Downton Abbey: A New Era is a Welcome Return to Form 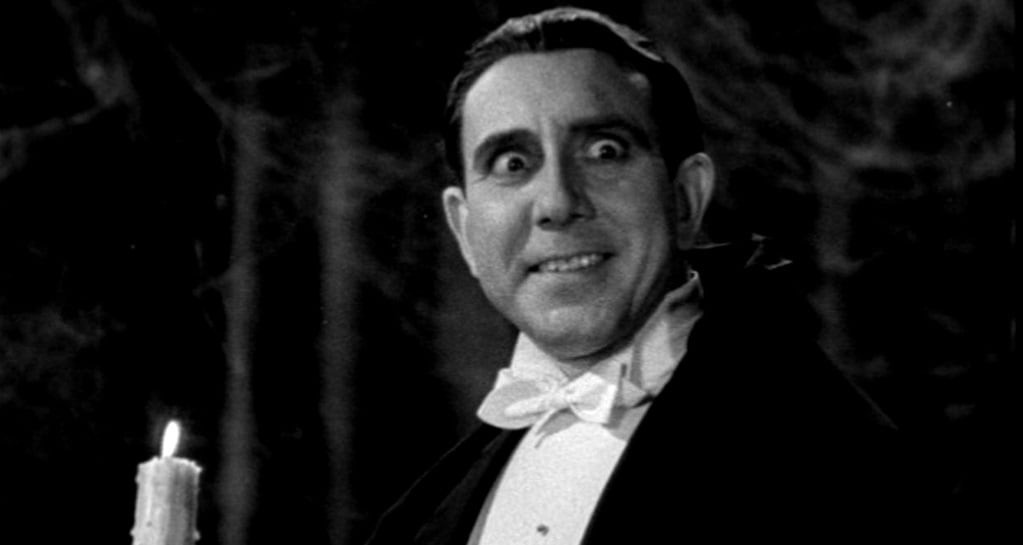 The early sound era was a strange and tumultuous time for major studios. Their medium had begun to change, taking on a new dimension that radically altered the game, and with this change came numerous problems to be overcome. Among these problems is one that often gets overlooked these days: the problem of international distribution. Just as is the case today, the domestic market was only one part of a film’s distribution plan during the silent era. Back then, converting a film for the Spanish, French or other non-English speaking markets was just a matter of splicing in new title cards. Sound put such simplicity in the past, however. Dubbing was at the time considered finicky to implement and unpalatable to audiences, so for some releases studios opted for a different plan: just make the movie twice.

While the domestic, English-language version of a film would be shot during the day, once the regular cast and crew went home the set would be opened up to a secondary cast and crew, who would film that day’s scenes over using the same sets and costumes for a foreign-language version. At the time, one of the biggest markets for these kinds of releases was Spain, though studios were apparently known to also produce French and German versions of several films as well.

Many of these foreign-language versions of major films have since been lost, but since a print of it was rediscovered in the 1970s, one has endured: Drácula. That is to say, the Spanish version of Tod Browning’s now-legendary Dracula, starring Bela Lugosi. The Spanish version was directed by industry veteran George Melford, a man who spoke not a single solitary word of Spanish, and starred Carlos Villar?as as “Conde Drácula”, Lupita Tovar as Eva Seward and Barry Norton as Juan Harker.

So why has this version lived on, and not just as an interesting cultural artifact from a very particular time in film’s history? It’s because, in a great many respects, Drácula is a superior film to the much better-known Browning/Lugosi version. And that’s no happy accident. In a move so gutsy it’s surprising they haven’t made an inspirational movie out of it, Melford and his crew set out to out-do their English-language counterparts and largely succeeded, producing a technically superior film that for much of the twentieth century went unheralded. 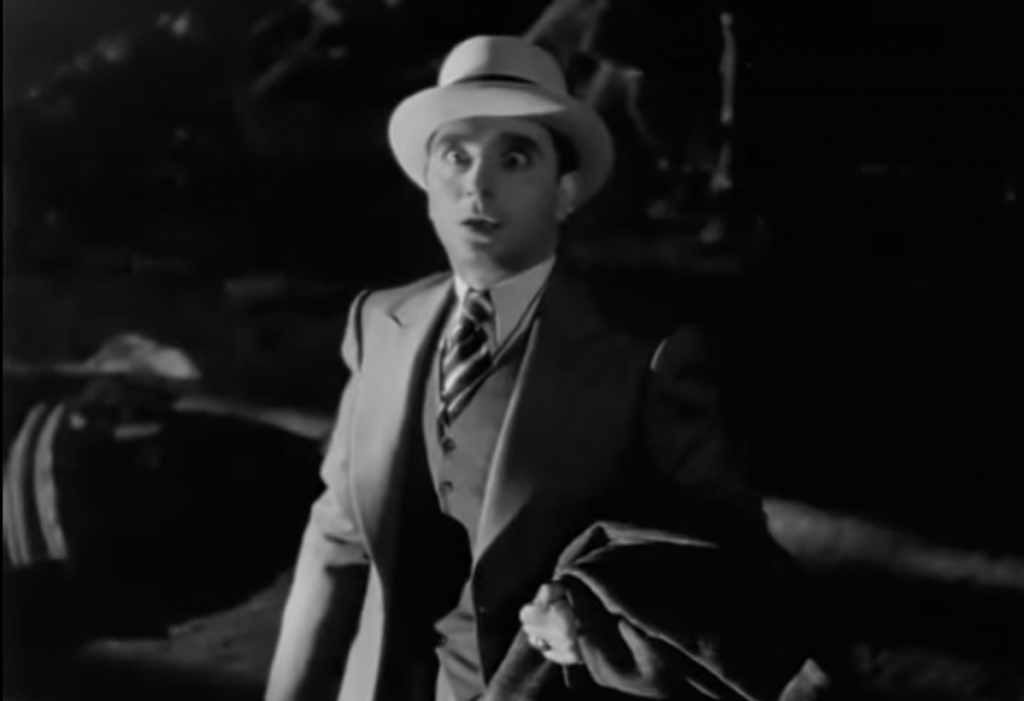 While Browning’s film is undoubtedly a classic, it’s far from a perfect film. While the atmosphere, sets and of course the star-making performance by Bela Lugosi are all notable, the film suffers for some its formal elements. The camera work and editing are often drab and flat, despite the presence of the great Karl Freund behind the camera. Sequences will often be shot from a long distance, with a minimum of closeups, keeping the cast at a distance from the audiences. Camera movement is minimal, and shots will linger uncomfortably, such as one shot in which a vampiric Mina slowly lunges for John Harker’s neck, awkwardly leaning out of frame in a shot that goes on far longer than it should. The direction often feels “stage-y”, more akin to a filmed play than a motion picture.

Meanwhile, Melford and his crew, when coming onto the set at night after the “day crew” had left, viewed that day’s footage and asked themselves how it could be improved upon for their version. Given Browning’s somewhat flat direction, this didn’t prove to be that difficult. Drácula, in contrast to its American counterpart, is an opulently directed film, with sweeping camera movements and more intimate framing and staging. It feels, for lack of a better term, more cinematic.

A prime example, one often used to compare the two, is the scene which introduces the title character of the film. In Browning’s film, John Harker enters Dracula’s castle and slowly enters the main hall in a stunning wide shot, intercut with inserts of nearby bats and (somewhat bafflingly) a pair of armadillos. We then cut to a shot of Dracula descending the stairs, entering the film (and film history) quite casually and with no fanfare. Dracula and Harker meet on the stairs and exchange greetings, including the famous “I am Dracula” line. Contrast this with Melford’s version of the scene. The same character, now Juan in place of John, enters the castle, and we see a shorter version of the same shot of him slowly entering the empty hall. A bat swoops into the frame, causing him to recoil, and we briefly cut away to the bat swooping into the shadows. We then cut back to Harker, who turns back towards the staircase and recoils. The camera then tracks past Harker and up the stair towards the Count in a dramatic shot achieved using Universal’s crane rig, first used on Broadway two years earlier. The Spanish version of the scene feels more briskly paced and dynamic in its execution, with a more pronounced flair for the dramatic that can be found in the entire film. Although it’s actually longer by nearly a half-hour, Drácula often feels more engaging as a film. The shadows seem deeper and more textured thanks to some subtle changes to the lighting from Browning’s version. There are more closeups and slightly more dynamic and interestingly staged shots, which allows the film to avoid the same “stagey” or play-like feeling of its counterpart.

The performances are similarly more lively, albeit in a way that may turn some viewers off. While Helen Chandler gives a sedate, understated performance as Mina in the American film, Lupita Tovar infuses Eva, Mina’s Spanish counterpart, with more manic energy. Mina often feels like a sleepy predator, with vacant stares and groggy movements broken up by hungry looks at the nearest neck. Eva, meanwhile, becomes more manic, falling into crazed laughter followed by wild-eyed terror in one key scene. Pablo Alvarez Rubio goes utterly bonkers as Renfield, more off-the-wall than even Dwight Frye’s performance as the character, which was pretty batty, to begin with.

And then there’s Carlos Villarías as Drácula. Obviously, no one could replace Bela Lugosi in the role that made him famous. But Villarías’ performance as the Count, which lustfully embraces pure camp while his co-stars only flirt with it, simply can’t hold a candle to Lugosi’s Dracula. While Lugosi exudes a smoldering menace and allure, Villarías’ goofy facial expressions and exaggerated body language are usually more comical than threatening. Villarías is the one glaring weak link in Drácula. The more emphatic performances of his co-stars are something that will divide most viewings, depending on the tastes of the audience. But no one could say that Drácula’s version of the eponymous vampire is anything but a downgrade.

So how can you, the horror aficionado, get a hold of a copy of Drácula, to compare it to its American cousin? Well, odds are if you own a copy of Browning’s Dracula, you own a copy of Drácula as well. The Spanish version of the film has been a fairly consistent bonus feature across the numerous DVD and Blu-Ray releases of Dracula, often tucked away in the bonus menu. Despite a relatively recent critical reappraisal, it’s still often overlooked despite its superior qualities when compared to the Lugosi film. But if you have the chance, and if you own Dracula you almost certainly do, giving Drácula a look is highly recommended.

‘Stridulum’ – a pretty curious specimen in its own right

Like the Generation it Chronicles, ‘The Doom Generation’ Offers no Apologies