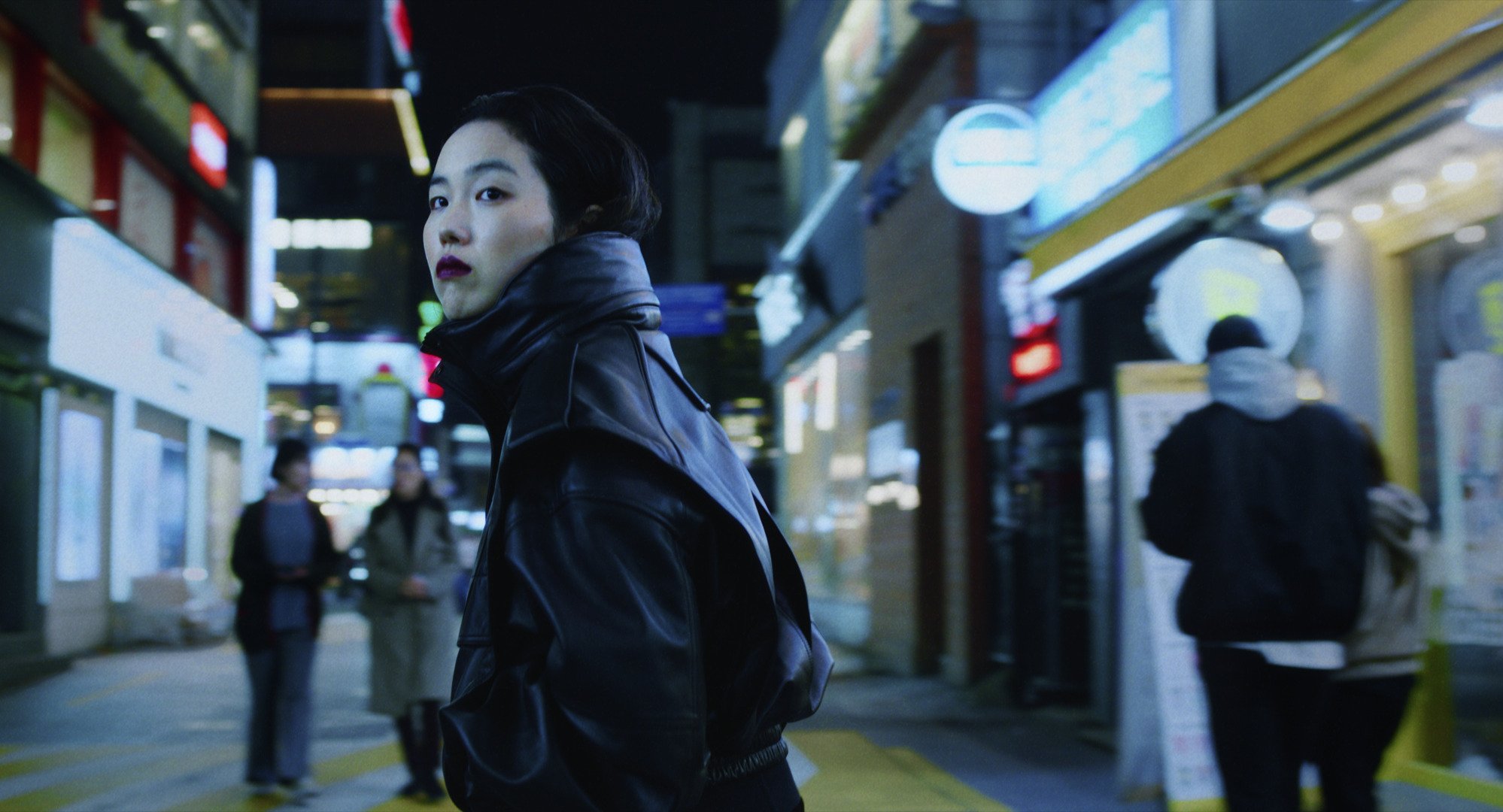 A complicated and at times exasperated journey following an adoptee tracking down her biological parents in Korea, Return To Seoul is a hypnotic experience that sticks in the mind well after the credits have rolled. Freddie (played by tremendous newcomer Ji-Min Park) is a 25 year old woman born in Korea shortly before being adopted off to a French family where she has lived since. On an impulse, her plans deviate from a holiday in Japan to visiting her birth country and looking for her biological parents.

The title, Return To Seoul, refers not just to her first time back in Korea as an adult searching for her biological parents. It’s a place that keeps drawing her back, something she herself describes as toxic to her, but after a few years she finds herself once again back where she was born, where she was abandoned, desperately reaching for a sense of who she really is. Perhaps the alternate title is more descriptive, All The People I’ll Never Be. Despite finding her biological father, she can’t find a true sense of self. As that becomes more and more obvious, she begins to push away everything again. Full scorched-earth approach, alienating her friends and lashing out at her father and his new family.

Ji-Min Park is phenomenal in her role as the unpredictable Freddy. Despite this being her first acting role, she approaches a very complicated character with all the introspection and wildness even a seasoned actor would struggle to attain. Through sweet and seductive undercurrents and melancholic mood shifts – from awkward interactions to unrefined but uninhibited dancing and movement – Freddy is an enigma she herself is trying to unwrap. Couple this with a plethora of solid performances around her as the characters (outside of her biological father’s family) completely change out through each section of the film, and Return To Seoul perfectly captures the all-at-once melancholic and sweetly cathartic messiness life can have.

A story built on uncertainty – on the space between – Freddy goes from easily understandable and almost touching, right into abrasive and heartless. Each section ends with her scorching the ground, with things perpetually in the air. Things aren’t fixed (though she takes steps to do so at times) and resolutions are hard to come by, yet it’s through this we find the journey takes the spotlight. The destination feels unattainable, yet she keeps stepping back towards it, finding herself unfulfilled time and again.

The mood shifts and evolution of Freddy’s character aren’t the only things that change between the three main sections (and the final cap at the end). The cinematography is stunning, with focused camerawork from Thomas Favel giving plenty of room for Ji-Min Park and the rest of the cast to put real feeling into their roles. The landscapes explored with the seaside and small outlying town in the first section, sleazy party atmosphere of the second, and lost in the city lights of the third, all are emphasized by shifting focus on colors and intensity. Then we come to the finale, with a slight washed out quality to open nature and a soft melody to play us out. Return To Seoul is beautiful, cathartic, and ultimately covered in a thick and thorough melancholy.

Freddy’s trips back as the years go on build that feeling of melancholy until it’s overwhelming. Even when she finally gets in contact with her biological mother who had initially rejected meeting, she just can’t find peace with herself. She tells her father she’s French, not Korean, but still finds herself gravitating back time and again. Each time she seems to have remade her life, these sections of the film form a triptych that really connects with this uncertainty adoptees can feel. She starts as a hot-headed girl with a magnetic sense about her, comparing her ability to read people and situations to ‘sight-reading.’ Then a year later she’s embraced a wild lifestyle, as if throwing all cares to the wind. She becomes lost, but in our second to last time-jump she’s found stability, a high profile job, and a steady partner. Despite this, she still finds herself back in Seoul; a silver fish back in that dark lake of the unknown.

When credits rolled, I admittedly didn’t know how to feel about the film. It’s strange, offputting at times, sometimes meandering, and almost feels confused. But the more time went on, the more it sat with me, and the more it began to grow on me. There’s so much to unpack and ways to interpret things. Despite a lukewarm initial reaction I’ve begun to truly love this film. A bittersweet journey of self-discovery where Freddy comes up empty time and time again. Return To Seoul is strange: a mystery that unpacks more and more as you dive deeper like an unending nesting doll. It’s a fantastic experience, and a highlight of MIFF for me thus far.

The Hobbit: The Desolation of Smaug a Mild Improvement on its Predecessor

The King of Kong: A Fistful of Quarters Found a Great Documentary in a Strange Subculture