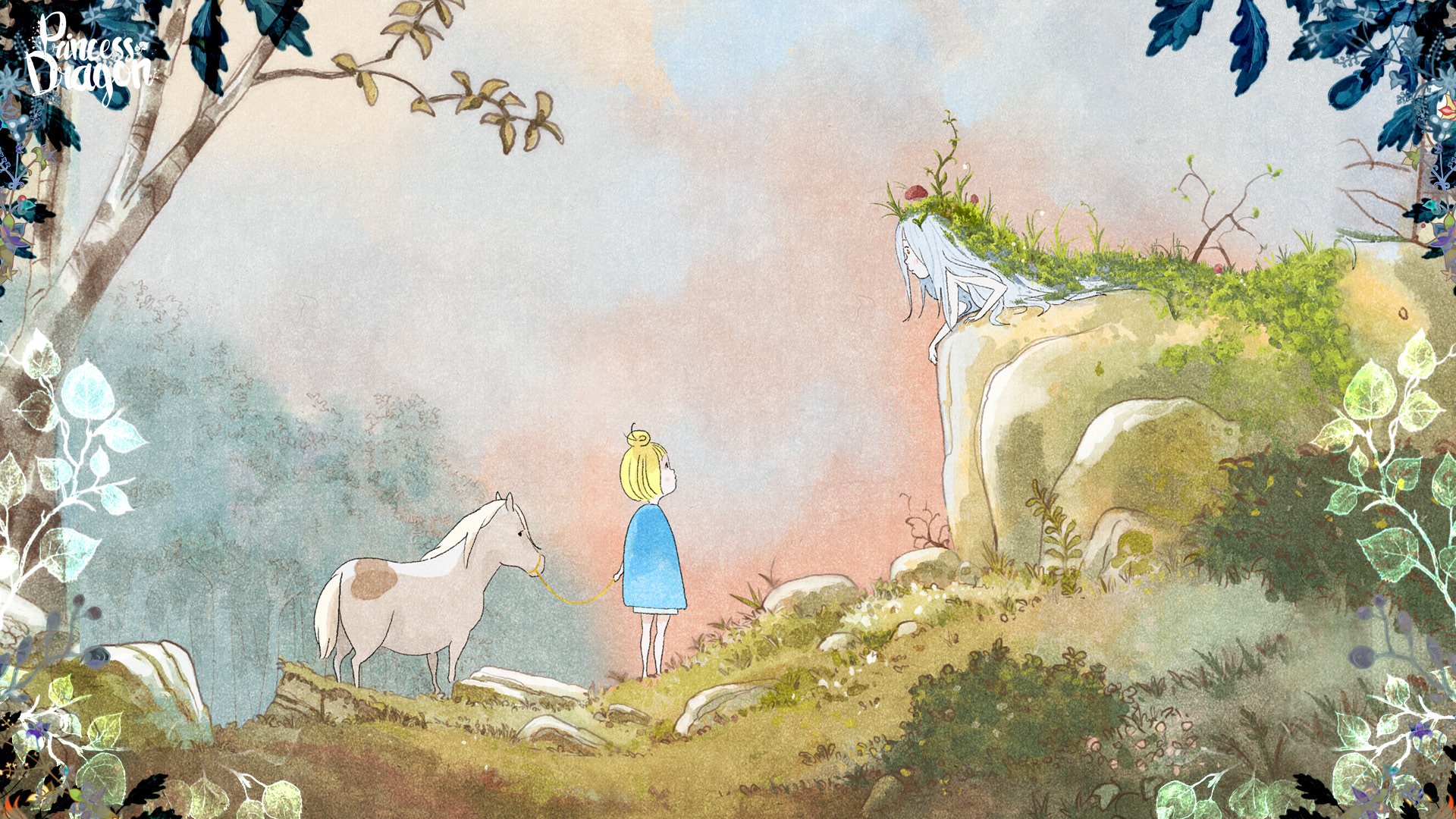 Dragons, witches, wishes, and kings: Princesse Dragon has all the necessary ingredients for a whimsical fairy tale. Aided by its gorgeous animation from the French animation studio, Ankama, and a brisk pace to its narrative that helps gloss over its more familiar elements, Jean-Jacques Denis and Anthony Roux’s latest film is a heartwarming and engrossing adventure. While it rarely avoids predictability, Princesse Dragon is more than comfortable letting it’s animation and endearing relationship at the center take the reins.

Fans of animation studios like Studio Ghibli and Cartoon Saloon will definitely find themselves captivated by Princesse Dragon’s plot and animation style. A fairy tale involving a lonely dragon simply named Dragon (voiced by Jérémie Covillault) and the deal he makes with a sorceress with a frog head (or is it a frog with a sorceress’ body, as she remarks) to provide Dragon with three children. The Frogceress (Colette Venhard) offers Dragon the babies he desires, but under the condition that she will return at some point to claim his “second most-prized possession”.

From here Princesse Dragon begins treading familiar waters as the Dragon is given three eggs, each one hatching into a dragon, but one of them looks like a human. Named Bristle (Kaycie Chase), her appearance immediately catches Dragon off-guard and when she befriends Princess (Lila Lacombe) and shows her the gold-filled home where she and her dragon relatives live, she is quickly disavowed by her father and begins living with the princess.

While Princesse Dragon features very rote plot points, it also draws interesting parallels between its two female protagonists. Bristle and Princess both refuse to adhere to the rigid rules set out by their fathers, each one disobeying in their own way. For Bristle, this has a potentially disastrous impact on her family’s survival while Princess’s impositions and “wild” behavior bring shame upon her father and their family name. Both are wrestling with their own internal conflicts, attempting to be themselves without disappointing those around them, but expectations keep them in check.

It’s the little nuances here and there that let Princesse Dragon stand out from other animated films of the same ilk. Frequently, Cartoon Saloon’s Wolfwalkers would come to mind as two daughters of radically different upbringings befriend each other and find their lives threatened by their own behavior. It’s the flourishes such as Princess’ resistance and cleverness against her betrothed, Albert (Thomas Sagols), or Bristle’s inquisitive and accepting demeanor towards humans that betray the way she was raised, that give the film a stronger foundation to build upon.

Princesse Dragon is still more comfort food than it is the empowering tale it could be. There’s a strength in its characters and a constant pushback to tradition and prejudices that give it this anarchist nature but it’s largely working within a tired framework. Very little of the movie is surprising and if you’ve seen this story before, it’s going to feel like old hat regardless of its slight variations. The animation though is wonderful to witness and enhances the film’s fairytale aesthetic. For those just wanting to escape into a familiar and enthralling adventure, Princesse Dragon is the exact kind of comfort that’s requested.